Can Pedals Break My Amp? 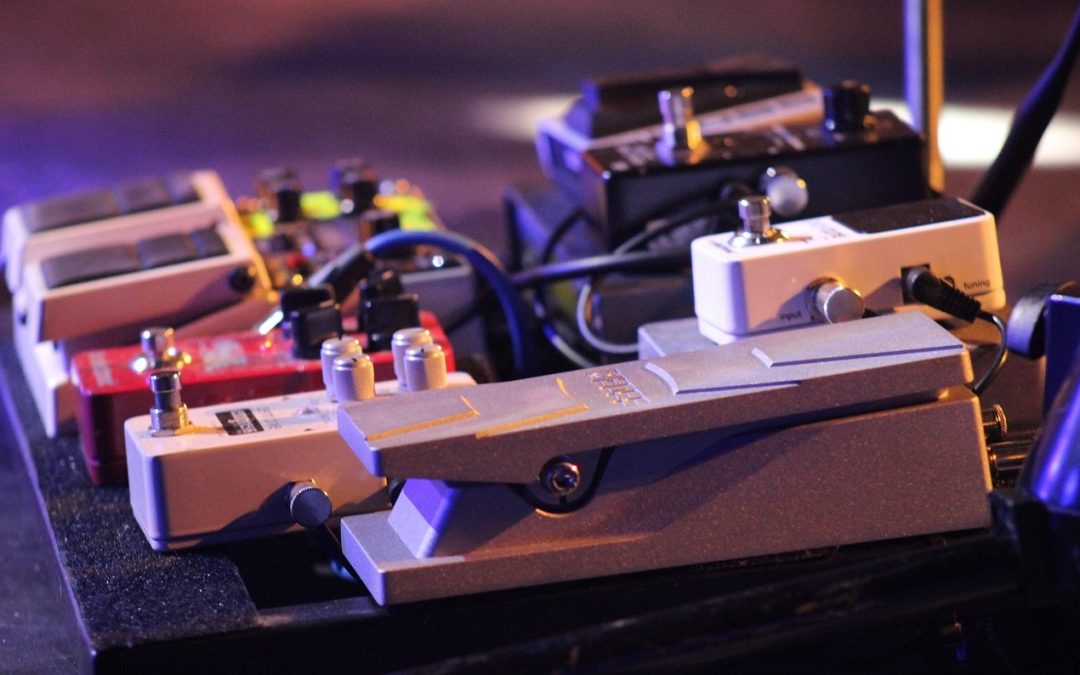 I love pedals, you love pedals, everyone loves pedals! (Except for Joe Bonamassa, but that’s a whole different story.) But can pedals break my amp? Is this just a myth or a potential danger that you should be aware of?

Although it may seem a bit unusual to some, this is, in fact, a common thing that some beginner, intermediate, or even experienced guitarists ponder about. So can guitar pedals break your amp?

Well, the general simplest answer is yes, pedals can technically break your amplifier. But it happens so rarely that you don’t have to worry about it.

But just like with almost any topic that’s related to guitar gear (or generally any instrument), things aren’t ever that simple. Yes, there are cases when some damage can occur. But it’s not as if that happens every day. This is why it’s sometimes regarded as a myth since most of the guitar players haven’t really seen it happen. Including myself.

With all of this said, we’ll take a closer look at this issue and tackle things one by one. We’ll also explore some possibilities when amps can get damaged. But just bear in mind that we absolutely don’t encourage you to deliberately damage your amp, instrument, or any other gear.

What Are Actually Guitar Pedals

So let’s first start things off with guitar pedals themselves. What are actually guitar pedals? You may know them as these compact “magical” boxes that make you sound dirty and fuzzy. Or devices that just add some quirky-sounding twists to your tone. Well, they’re actually much more than that.

While their mass popularity grew significantly during the 1970s and the 1980s, they are older than that. In fact, the oldest known pedal-like product was DeArmond Tremolo. It’s not exactly a pedal like you’re used to, but it was a compact device that gave you a rapid volume cut-off effect.

Distortion pedals came into play during the early 1960s with the release of Maestro FZ-1 Fuzz-Tone. Prior to it, guitarists either had to drive their tube amps over the edge and “break” the tone or literally do damage to them. These kinds of devices actually saved amps in the longer run.

Distortion pedals are essentially compact devices that boost your original signal and then deliberately “clip” it. Amplification of the signal is done using operational amplifiers (or op-amps) while “clipping” is done using transistors or diodes. In some cases, distortion pedals can also come with one or more preamp tubes in them.

Pedals, in general, can serve any other purpose and add different effects to your guitar tone. This is done either through transistors, BBD chips (bucket brigade devices), CCD (charge-coupled devices, although they’re now pretty rare), or using digital signal processing.

Can Pedals Break my Amp?

Now we get to the main question – can pedals break an amplifier? Technically, they can. However, this rarely ever happens. In fact, if you ask some experienced guitar players, they’ll tell you that it’s literally impossible to do any damage to your amp using pedals.

At the end of the day, different experiences say different things. For instance, I’ve experienced amps blowing up one way or another, their power supply gets broken, or other issues. And neither of these were due to pedals. At least not to my knowledge. So we have to approach this as a phenomenon that might occur.

Blowing Up the Speakers

But there are, however, some experiences stating that an amp was damaged. But this is mostly about speakers. For instance, you have a smaller tube-driven amp, you push its volume level up, and you put this high-gain fuzz in front of it. Then, if you set everything on maximum on the pedal and play guitar that has high-output pickups, there’s a chance that you’ll do some damage to the speakers.

Fuzz pedals produce a highly distorted tone using extreme clipping. Such a tone has a lot of harmonically rich content, bringing in even some bottom-octave overtones and sharp high-ends. Such a tone with a combination of a strong signal can do damage to speakers. This damage can be momentary, but it’s usually something that happens over time. 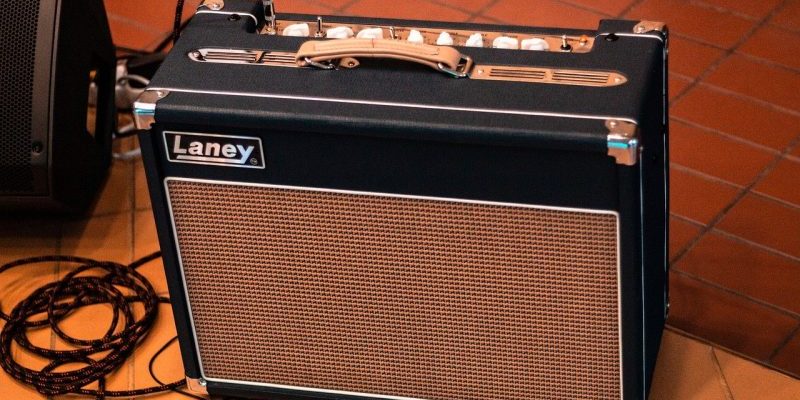 With that said, octave pedals can do this same kind of damage. They usually have one and two bottom octaves to add. So if you push these sub-octave signals through an amp’s EQ that has bass set on high levels, then there’s a chance you’ll damage your speakers in the longer run.

Of course, this can happen if you do these things constantly over time. It’s not like you’re going to do serious damage if you stomp on an octave or a fuzz pedal in normal settings and use them in reasonable amounts.

Theoretically, there are other damages that you can do to your amp with improper pedal use. However, these are so rare that there’s barely any point in mentioning them. In short, if your amp is already made the way it’s supposed to and that it’s maintained properly, you shouldn’t be worried. The worst thing that could happen is that you could blow a fuse or shorten the life of a tube if we’re talking about a tube amp.

Things You Shouldn’t Do

With that said, there’s a list of things that you wouldn’t want to do if you want to keep your amps safe. These things are pedal-related, but there’s also other stuff. Here are important don’ts:

How Guitar Pedals Can Ruin Your Tone Quality

While most players think that pedals are your allies, they can actually be pretty mean enemies. Another damage you should think of is not about your amp, but about your tone quality. One of the most common errors among beginners, and sometimes even more experienced guitar players, is setting the parameters on pedals so that your amp sounds as if it’s broken.

In most cases, this happens with distortion pedals. Sometimes, although rarely, this could be due to a weird combination of an amp and a pedal. However, this is usually due to players pushing gain and volume knobs way up high, “scooping” the mids, or both.

Even if you’re looking for a heavy tone, you need to remember that the gain knob on your pedal won’t make you sound heavier. You should always think of how your EQ or a tone knob is set. There should be at least some mids in your tone, even if you prefer “scooped” tones in the style of old-school death metal.

Additionally, if you hear any unwanted sounds and interferences, you should always check whether any of your pedals isn’t broken. The same thing goes for all of the cables in your signal chain. One flaky cable or an input jack can completely ruin your tone.

How Not to Damage Your Amp: Always Make Sure That You’re Following the Basic Guidelines

Luckily, we live in a time when there’s an abundance of information on pretty much anything these days. People share their experiences about using guitars, amps, and pedals. In my experience, a pedal has never damaged an amplifier. I’ve never even witnessed a case where a pedal was responsible for a ruined speaker.

But although chances of any of the problems mentioned above are very slim, that doesn’t mean that it’s impossible. Sure, the whole story seems like a myth, but it’s a theoretical possibility.

If you’re still worried about this issue (even though you really shouldn’t be in the first place), there are still ways to make things even safer. And it’s actually pretty simple – just use your gear the way it’s intended to. As boring as it may sound: if you’re not sure about using a certain piece of gear, just follow its manual. And if you don’t own a manual for your amp, pedal, or any piece of gear, there’s a very high chance that it’s available online.

Plus, there’s a chance that you can find a simple YouTube tutorial for everything that you need. And even if that doesn’t work, forums, Reddit, and social media groups are here to help and potentially answer any questions.

At the end of the day, it all comes down to following the rules and using your gear the way it’s supposed to be used. If there’s something unconventional that you want to try, then make sure that you inform yourself first before putting your creative ideas into reality.

Guitar pedals are just simplified effects units with a foot-operated on and off switch. You’re supposed to set the desired parameters, stomp on it, and engage this tone that you prefer. Additionally, all guitar pedals, except for volume and expression pedals, need to have a power supply. This is in most cases a 9-volt battery or a 9-volt DC adapter. In order to keep your pedals and other gear safe, it’s highly advisable that you don’t use higher than recommended voltages.