Do Nylon Strings Go Out of Tune Easily? 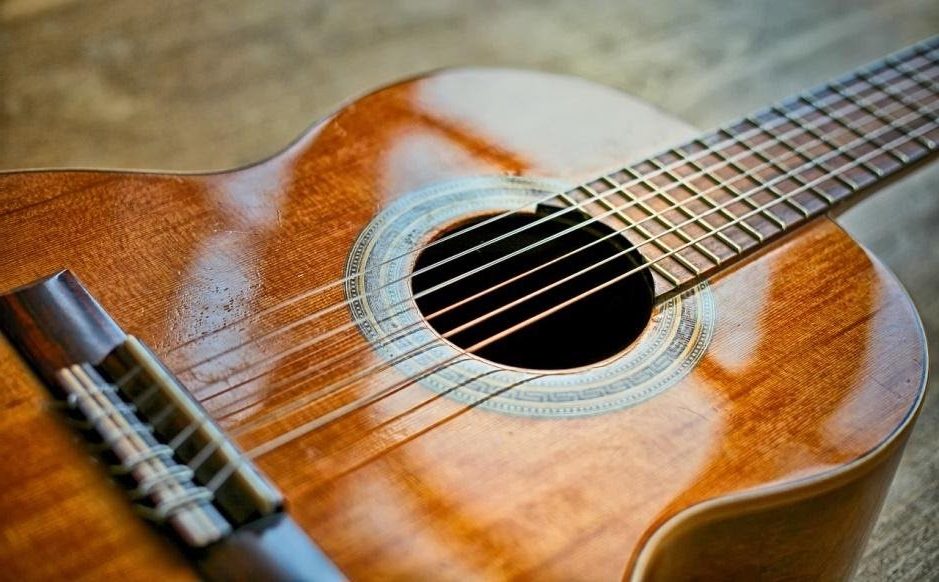 Compared to other instruments, the guitar seems to offer much more in terms of expressiveness and flexibility. No matter the genre and your musical preferences, it seems that guitar has conquered everything.

But just like any other instrument out there, guitars too come with their own issues. It’s hard to count all the times when we’ve heard guitar players complain about tuning instabilities and being bothered by their strings going flat or sharp.

And it seems that this has especially been the case with classical guitars that come with nylon strings.

If you’ve been wondering whether nylon strings go out of tune easily, at least compared to steel strings, then you’re not wrong. Yes, nylon strings can be unstable and go out of tune easily. However, as it always goes with guitars, things aren’t that simple. There are different factors involved in this issue and it wouldn’t be right to blame it all on the strings themselves.

With all this said, we’ll be exploring the topic of unstable tuning of nylon strings by tackling one thing at a time.

Nylon Strings and Their Use

Back in the old days, during the first half of the 20th century, different materials were used for classical guitar strings. In particular, catgut strings were pretty popular, especially among proficient players.

However, as pointed out by Andrés Segovia, there was a shortage of catgut strings in the United States back in the 1940s. After his complaints, one thing led to another and Segovia eventually got a set of nylon strings, developed by DuPont. Nylon was a new thing back then, but it eventually proved to be a great and practical alternative to the previously used materials. They were officially put into mass production in 1948.

A standard set of 6 nylon strings features the top three smooth nylon strings (high E, B, and G), and the bottom three that are made of nylon filaments wound with a wire around them (D, A, and bottom E). In more recent years, fluorocarbon polymers have become an alternative to nylon, although we’re yet to see how this turns out.

Aside from classical guitars, there are so-called “crossover” guitars that are designed for nylon strings but are not intended for classical music. Quite often, these also come with a piezo pickup and active electronics.

Steel Strings and Their Use

Steel strings are what you see on most Western-style acoustic guitars. Similar to nylons, standard steel string sets also feature smooth and wound strings. However, the difference here is that the third string (or the G string) can either be wound or smooth. The choice between these two types of sets comes down to personal preferences and styles of playing.

Wound steel strings feature a steel core that’s wrapped in wire. However, these are much harder and thicker wires compared to the ones used for wound nylon strings.

If we were to compare nylon and steel strings, there are two main aspects to consider here:

However, being harder and having much more tension, steel strings are much easier to bend. In fact, it takes a lot of effort to bend a nylon string and go up in pitch. Nylon strings are also designed for classic vibrato movements, similar to what you see with violin players.

Then there’s the issue of the sonic output. In the simplest possible explanation, steel strings sound “sharper” and they cut through the mix much more easily. They focus mostly on the mid and high part of the audible spectrum and usually bring a much stronger attack. This can be noticed both with chord-strumming and the playing of individual notes.

Since nylon is not as dense and hard as steel and is much more flexible, nylon strings tend to stretch much more over time. In fact, the performance of even one musical piece can completely detune the classical guitar. This is why you’ll see classical players re-tuning their instrument after pretty much every single piece of music that they perform.

What many may not think about is that the tuning instabilities can also happen due to the difference in hardware and how strings are placed on these instruments. We have three main components that make a lot of difference:

Although both are on a wooden base, classical guitar bridges are nothing like those of steel-string guitars. Nylon strings are tied in a knot at the bridge and it often can take time for them to settle, which can cause tuning instabilities.

Tuning machines of classical guitars are also completely different and are placed in the slots of the headstock (in most cases at least). This is yet another spot where strings will take time to settle. Even if you do more wounds than usual, the elastic nature of nylon strings will just do its thing.

As for nuts, the materials used in classical and steel string guitars are usually the same. However, wider string slots can also impact the tuning stability, especially with the properties of nylon.

How to Keep Nylon-String Guitar In Tune

But with all this said, it’s far from an impossible task to keep classical guitars in tune. Of course, the same goes for any other guitars with nylon strings. It’s no secret that nylon strings are more sensitive, but we still prefer them due to their tone and performance characteristics. there are some things that you should pay attention to.

Temperature changes and humidity can make a much bigger impact compared to steel strings. In order to compensate, you can always use some of the humidity regulation controls. These problems are especially pronounced in excessively arid or excessively humid areas. Keeping the air humidity at around 45 to 55% around your guitar is perfect not only for the strings but also for your instrument’s overall health.

It’s also important that you stretch your strings after restringing the guitar. Compared to steel strings, nylon ones may take a bit more stretching and you’ll have to do a few practice sessions with stretching in order to increase tuning stability in the longer run.

Just pull every individual string carefully away from the body somewhere around the soundhole and just slightly nearer to the neck. Don’t worry if the strings go flat – this is what’s supposed to happen, you’re just speeding up the process of your strings settling.

Another important thing is to know how to tune the guitar. You should do it not only when it goes out of tune on its own, but also after stretching the strings. Although tuning the strings might seem simple, t’s advisable that you always tune up towards the note. So whenever you’re tuning an open string, first bring it down below the desired note and then tune up to it. 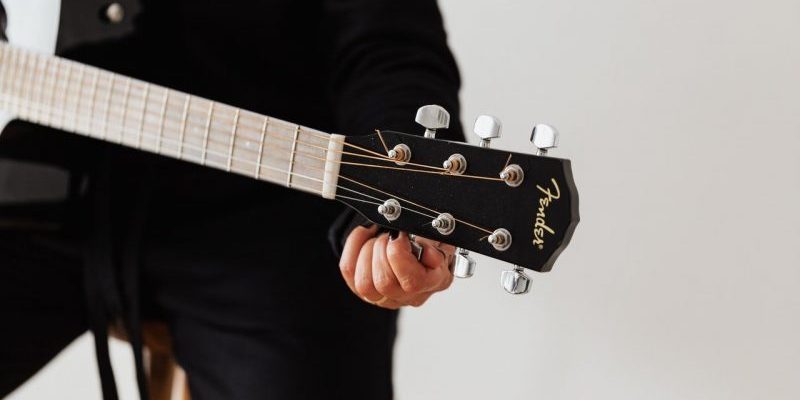 Finally, proper string placement can completely make the difference. By knowing how to properly restring your guitar and tie the knots at the bridge is crucial if you want to keep your instrument’s tuning stability. However, there are different ways to tie the knot, and you can get more info about that here.

Proper Choice of Strings, Hardware, and Instrument Maintenance Are the Key to Stable Tuning

Sure, classical guitars, and any other guitars intended for nylon strings, might be a bit more sensitive. This also includes tuning instabilities, which may feel a bit annoying to some musicians, especially beginners and intermediate players. After all, tuning it all the time does feel like a chore.

However, if you follow all the guidelines and keep your instrument in order, the chances of your guitar getting out of tune are significantly reduced. There’s no need to worry, just remember to take care of your guitar and its nylon strings.