How Long Do D’Addario Strings Last? 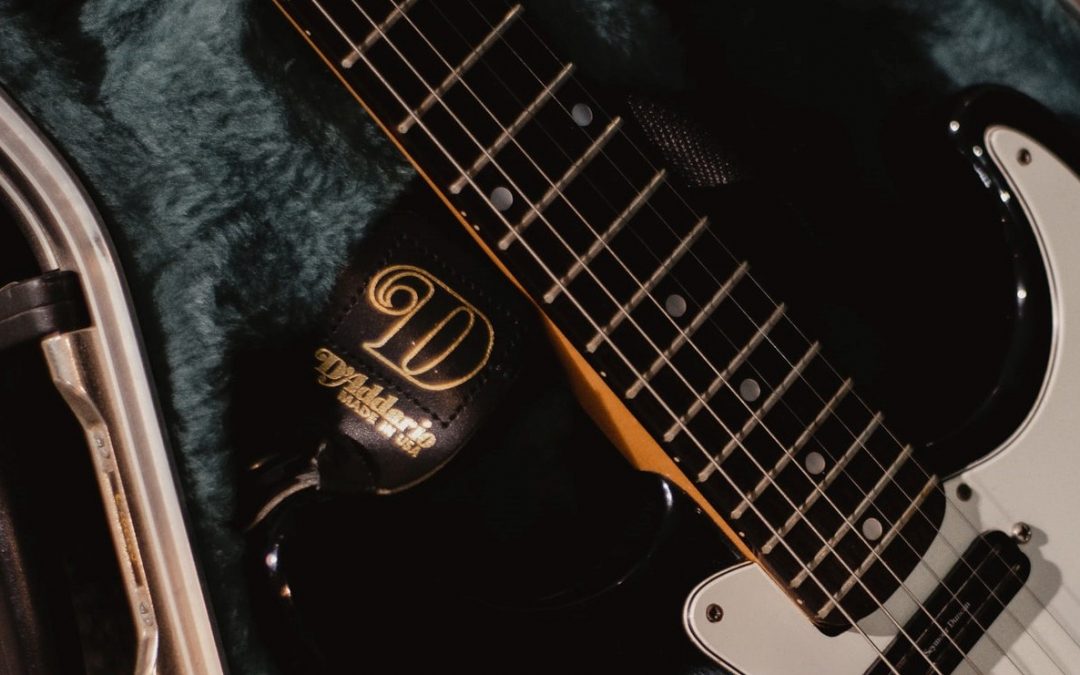 So, you’ve bought your first set of D’Addario guitar strings. Now, among other things, you’re probably wondering: how long will they last me? If that’s so, we’ve got a lot to discuss today. In other words, in today’s article – we’ll show you just how long D’Addario strings usually last.

Okay, and what’s so special about D’Addario strings? Who makes them, and where? That’s what you’ll also find out by reading the text we’ve prepared below. As always, here at Music Gear Heads, we’ve expanded the borders of our main topic to cover all the interesting things that are in its surroundings. Stay tuned for some useful info!

D’Addario Phosphor Bronze strings are quite known to last longer than other guitar strings. However, that doesn’t mean much since proper guitar maintenance plays a more important role in enhancing the life expectancy of your instrument’s strings. For instance, sporting D’Addario Phosphor Bronze strings won’t help if you’re always playing with dirty hands.

We’re repeating ourselves for the nth time, but seriously, reading only the snippet ain’t enough. Therefore, we’ll meet you downstairs!

What are D’Addario strings?

As we’ve mentioned in the second paragraph, we’ll first try to cover some basic information surrounding D’Addario guitar strings. Let’s begin by posing the most obvious of questions: what exactly are D’Addario strings?

D’Addario is one of the largest (if not the largest) guitar string manufacturers in the world today. They make strings for almost any strings instrument. We’re talking guitar, bass, mandolin, banjo, violin (for violin tips, click right here), you name it. Needless to say, they’re something of a favorite among guitarists, hence the question in the title of this text.

Where are D’Addario strings made?

You’ll want to know that D’Addario strings are USA-made. To be more precise, they’re being manufactured in Farmingdale, New York. It’s also the place where the company’s world HQ is. There was a lot of talk about the appearance of D’Addario strings “from China”. However, that whole discussion proved to be pointless since there’s no such a thing as D’Addario strings from Chine, unless, of course, they were fake.

Let’s see if there’s anything else we could mention here.

How to put on D’Addario guitar strings?

Here we’ll show you the basic steps to restring a guitar with D’Addario guitar strings:

We’re not done with the intro section since there’s something else we want to show you!

Which D’Addario strings are best?

As we’ve already noted, D’Addario is most probably the leading string manufacturer in the world. Ask any guitar player what they think about that statement, and there’s a solid chance they’d simply nod their heads, confirming what we’ve just said. Anyway, figuring out which D’Addario string set is the best is a pretty tough decision. However, we’ve reached something of a consensus about a certain product called D’Addario EJ16 Phosphor Bronze.

So, what’s so special about this string set? First of all, know that these are acoustic strings we’re talking about here. Also, here’s a cool fact: all of the D’Addario strings come in a strong package, with all the six strings nested in their own corrosion-proof sealed bag. They’re packed in such a manner to prevent oxidizing while they’re sitting on the music store shelf. Okay, okay, and what’s so special about D’Addario EJ16 Phosphor Bronze?

Phosphor bronze guitar strings are D’Addario’s own addition to the world of guitar-string manufacturing. They consist of 92% copper and 8% zinc, with a small amount of phosphorus in the alloy which makes them pretty corrosion-resistant and greatly prolongs their life. The EJ16 model is a fantastic addition to your acoustic instrument since they’re suitable for all genres and styles. Their tone is halfway between mellow and bright, which makes them pretty versatile.

Okay, guess it’s about time we start talking about how long do D’Addario strings last! 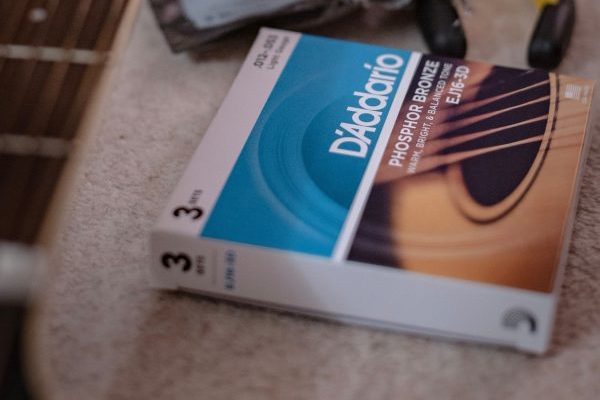 How long do D’Addario strings last?

Here’s the thing: we can’t provide you with an objective answer here. However, some folks note that D’Addario strings last longer than other strings manufactured by other string-making companies. Others don’t really see any difference. Anyway, it will also depend on the model, how often you play, and so on.

As we’ve already said, strings made from phosphor bronze seem to have the longest life expectancy. That’s why your phosphor bronze D’Addario strings will most probably last you longer than strings made from other materials, if, of course, they’re maintained in the correct manner. However, it seems that the factors, such as the aforementioned maintenance, really play a big role in determining how long your guitar strings will last, whether they’re made by D’Addario or any other guitar-string manufacturers.

That last sentence being said, let’s see how you’re supposed to care for your trusty instrument!

How to enhance the life expectancy of your guitar strings?

Here we’ll show you some of the methods you’re able to utilize in order to prolong the life expectancy of your guitar strings. As was previously mentioned, it doesn’t really matter much who’s the manufacturer once you begin taking good care of your favorite instrument’s strings. So, shall we begin?

For our first entry on this list, we’ve chosen to suggest you begin using coated guitar strings. Why’s that so? Well, the coating on your new strings will greatly help in reducing the effect of corrosion to a bare minimum. That’s right, the main reason behind manufacturers producing coated strings is to prevent the product from corrosion and extend its lifetime.

Not only do your hands need to be clean, but your strings will need to be wiped also. By wiping down each and every one of your strings after a playing session, you’ll ensure that your strings stay in shape. Use a rag or a piece of cloth for this.

If you’re quite used to playing your guitar just about every single day of the year, maintaining your strings might seem a bit difficult, not to mention – expensive. If you’ve found yourself at the beginning of the previous sentence, there’s a good chance that you’ve noticed your strings changing tone pretty early, about two weeks since you installed them. So, what’s there to do? Should you head to buy a new set of strings or?

That way, your guitar strings will once again sound like new.

For our last addition to this list, we suggest that you never store your guitar out in the open. In other words: always keep your instrument safely stored inside the guitar case. This will help you prevent the dirt from ending up on your strings and save you quite a lot of trouble. Additionally, you won’t have a hard time wiping down your strings since there won’t be much of anything you’ll need to clean.

Here’s something fun before we say goodbye: if you’re wondering what kind of music dogs like, follow this link.

Alright, folks, that’s about all there’s to say on the subject of the longevity of D’Addario strings and related themes. We hope you’ve found this one helpful. For more information and various tips about guitar playing, please pay a visit to this page.