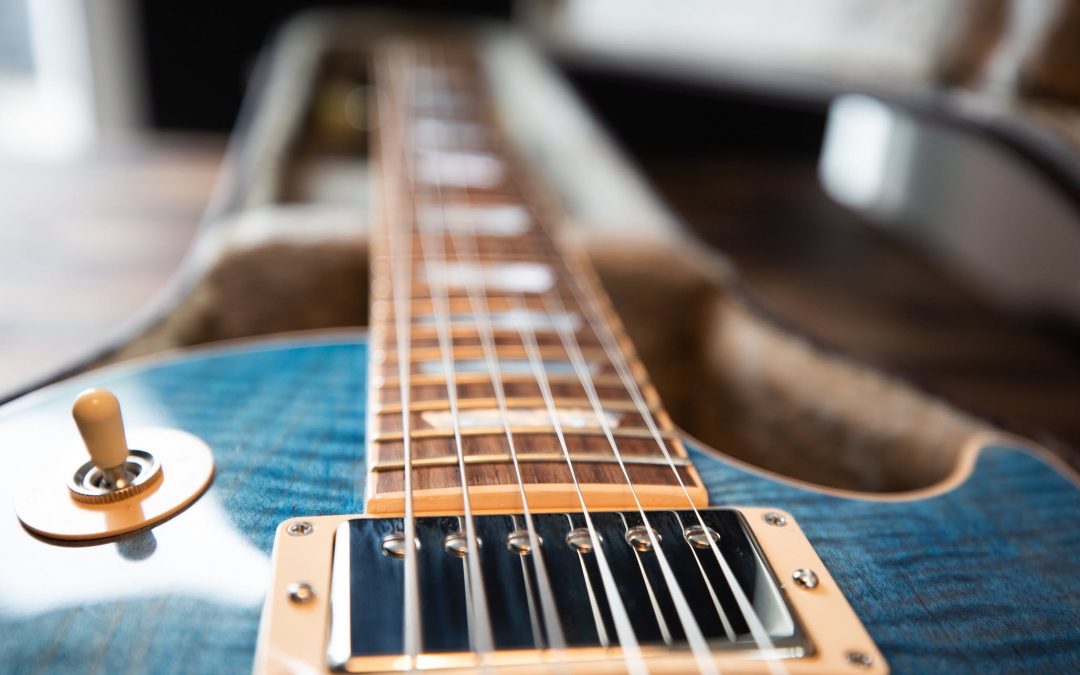 Although the instrument hasn’t actually changed much for many decades, there’s so much that you can do with electric guitars. Even the slightest change, like the type of strings, can completely change your tone and performance qualities. Flatwound strings can be a pretty interesting choice, although traditionally, they have limited use. But how long do flatwound guitar strings last?

If you’ve been looking into these strings online, it’s highly likely that you’ve read about their life compared to regular roundwound strings.

Flatwound strings have a much longer life. The secret lies in their structure. Even the slightest differences in design can impact the life of strings. On the other hand, flatwound strings have more limited use. It’s not that you can’t put them on your precious instrument, but they’re usually focused on specific genres and playing styles.

We’ll look deeper into this topic while trying to figure out how long do flatwound strings last on average.

What Are Flatwound Strings?

First off, let’s explain what flatwound strings actually are. Sure, you might have stumbled upon them somewhere and you know that they’re flat, but what’s the story behind that?

A conventional roundwound set has 2 to 3 unwound top strings, and 3 to 4 wound bottom strings. If we’re talking about electric guitars, sets come with 3 unwound and 3 wound strings. As far as bass guitars go, all of the strings are wound.

Thin strings are easy to make from one piece of steel. However, the bottom strings are different. We have a steel core with a wire wound around it.

But here’s the most important part. Instead of a regular round wire, flatwound strings have a flat wire wrapped around the steel core. While it can be referred to as a “tape” of sorts, it’s more of a square-shaped wire with slightly softer edges.

As a result, you get wound strings that feel as if they’re completely flat under your fingertips. They’re common among bass players, mostly those who play fretless bass guitars. However, although not that common, we have flatwound strings for regular guitars as well.

How Long Do Flatwound Strings Last?

As far as the life of flatwound strings goes, experiences are different. Now, it’s impossible to say exactly how long they can last as there are many factors that impact the life of strings. The biggest factors include how often you play and how potentially “corrosive” your hands and environment are.

As silly as it may sound, the dirt from your fingers and your skin residue present big problems for string health. The more dirt gets stuck in the barely visible groves of any string’s windings, the shorter their life will be.

Overall, their life is significantly longer compared to conventional roundwound strings. Those who play their guitars daily have reported that flatwound strings can still sound fresh after six months of intensive use. On the other hand, average roundwound strings without a protective coating can start sounding dull after about three months of use.

But with proper care, flatwound strings can sound fresh even after a few years of playing. The amount of dirt, instrument hygiene, as well as humidity levels of your area will make a huge impact. And I’d say that there’s a chance that musicians who keep their instruments well-protected and clean have a higher chance of keeping their strings healthy. As far as flatwound strings go, this can even be years.

According to various reports, flatwound strings can last anywhere between 20 and 50% longer compared to roundwound strings. But it’s a varying factor and there’s no official consensus on the matter.

Why Do Flatwound Strings Last Longer than Roundwounds?

So it’s not really a secret that flatwound strings last longer. But what’s the secret behind this? Is there a secret ingredient or anything else involved in this?

Not really. There’s no special secret behind their longevity. The answer lies in one thing already described above – the way they’re built.

As mentioned, a flatwound string has a steel core along with a wire wrapped around it. However, this wire is roughly square-shaped, with somewhat smoother edges.

When wrapped around the steel core, this wire gives what seems like a smooth surface. In reality, you still have some grooves in there, although they’re nowhere near as pronounced as those on roundwound string.

So what does that have to do with longevity? Well, when the grooves aren’t as deep and tight, there’s far less chance that skin residue, oils, salts, and water would get stuck in there. Additionally, shallower grooves make them much easier to clean.

We could kind of compare them to roundwound strings with a protective coating layer. It’s made from different polymers and you can’t even notice it with a naked eye. But if you were to look through a microscope, it completely protects the string itself and prevents anything from getting in between the groves. It’s a stretched material, kind of like a stretch foil, so it also reduces the depth of grooves.

As simple as it sounds, having shallower grooves just keeps their life longer. If you decide on using flatwound strings, you’ll have a much easier time keeping them cleaner and thus prolonging their life.

What Are Flatwound Strings Best For?

If this is the case, so why isn’t every guitar player using flatwound strings? After all, don’t we all want to have long-lasting and fresh-sounding strings?

Well, things aren’t really that simple. Although it might seem like a minor change, flatwound strings sound and feel completely different.

Roundwound strings will have pronounced attack and that “ring” to them when plucked. Flatwound strings, on the other hand, tend to sound a lot smoother and darker. This technically isn’t a downside, but rather just something that you should bear in mind if you decide on using them.

Quite often, the wraparound wire will be made from stainless steel rather than the usual materials used for roundwound strings. This way, flatwound strings get a boost to their brightness and attack. But even then, you can notice that flatwound strings sound smooth.

So what are they good for? Well, there are two big groups of guitar players who are often using flatwound strings. The first group is jazz players, particularly those who play old-school archtop hollow-body guitars. The second group is fretless guitar players. Flatwound strings aren’t that good for rock, but they are perfect for playing jazz. 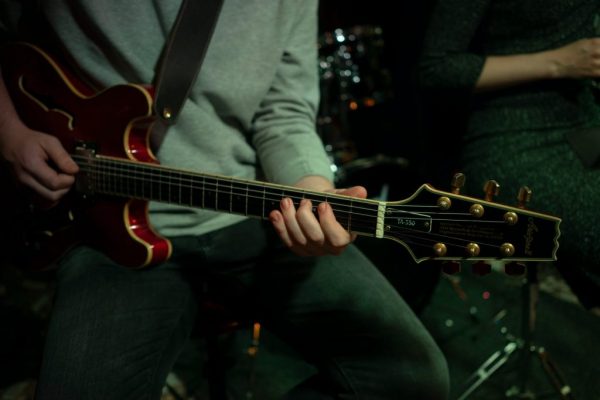 As far as bass players go, flatwound strings are way more common. This is especially the case with fretless bass guitar players.

Nonetheless, no one stops you from getting flatwound strings on a regular solid-body guitar, or for any genre that you might prefer. However, you need to bear in mind that flatwound strings will be far less bright compared to roundwounds.

Advantages and Disadvantages of Flatwound Strings

Just like everything in the world of guitar, flatwound strings come with their own set of advantages and disadvantages. I’m going to list some of them below in order to help you out if you’re planning on getting a set.

Should I Get Flatwound Strings for My Guitar?

It’s obvious that flatwound strings come with some advantages. And one of the most famous advantages is their prolonged life. What may add to this life, however, is the fact that they sound smoother. Even if they deteriorate and accumulate some dirt on them, you won’t notice the change in tone as they’re already darker-sounding.

There are some downsides as well, especially if you’re a fan of bending, wide and/or fast vibratos, and a brighter tone. Additionally, they can be much harder to find.

If you’re a jazz player or are aiming to become one, then flatwound strings can be a good choice. Additionally, if you’re really annoyed by the squeaking sounds of your fingertips going over the strings, flatwounds will be a blessing. Not to mention how comfortable they feel under your fingertips.

My advice would be to take this leap and try them out. They are more expensive, but it’s not like they will make you go bankrupt. Test things out and see whether they will work for you. However, you should maybe avoid using flatwound strings on acoustic guitars, as you won’t get enough volume with them.