Is Drop D Bad for Your Guitar?

What’s so great about guitars is that you can always try something new with them and never exhaust all the ideas. For instance, you can use various different tunings on it, making it functionally different. And one of the most popular alternate tunings is the so-called drop D.

But is drop D bad for your guitar?

Some of those less experienced guitar players might wonder whether using a different tuning, like drop D, can somehow harm your instrument. The simplest answer is:

No – drop D isn’t bad for your guitar. As long as your instrument is well-made (which is the case with almost any guitar today), if it’s set up properly, and if the hardware is in order, you have nothing to worry about. Essentially, none of the countless alternative tunings that are used these days can be harmful to your guitar.

What you should focus on instead is keeping your instrument healthy and in perfect order.

Nonetheless, we’ll take the time to look into this matter. Our main goal is to remove all of your doubts and fears that you might have about the drop D tuning (or any other alternative tuning) harming your precious instrument.

What Is Drop D Tuning?

So what is drop D tuning? If you’re reading this, we can safely assume that you’re already familiar with the standard tuning which goes E, A, D, G, B, E from the bottom to the highest string.

The so-called “drop” D tuning only differs in the sixth string tuning. Instead of E2, you just lower it down by one whole step to D2. Meanwhile, the rest of the strings remain the same as with the standard E tuning. It’s as simple as that.

What So Special About the Drop D Tuning?

What’s the deal with the drop D tuning? It seems that it’s not much different from the standard E, so why even bother downtuning the 6th string?

Well, there are a couple of important reasons for this. Firstly, you get the chance to go one whole step lower in pitch without having to retune your entire instrument. And secondly, playing power chords (or parallel fifths) on 5th and 6th strings is much easier. Instead of using your index and ring fingers, or index and pinky fingers, you just do this small barre chord on these two strings.

Another great thing about the drop D tuning is that you can play the D chord in the open position, strumming all six strings. This goes for minor, major, or even extended power cords. Three open bottom strings also bring a power cord, so you can also use it as a backing “drone” chord while playing something above it. It’s a very useful tool, although its use might be a bit specific.

Most commonly, the drop D tuning is popular among certain rock and metal bands. Although there aren’t rules for this, it’s usually associated with some alternative rock and alternative metal bands. For some reason, you won’t see it used in the majority of metal subgenres. Nonetheless, it’s pretty popular among certain metal musicians who have been using it almost exclusively throughout their careers.

Although associated with rock and metal music, the drop D tuning goes way back. In fact, the same exact tuning has been used in some classical pieces from the 19th and 20th centuries. Additionally, there are some blues, folk, and country musicians that have implemented the drop D tuning in their music.

Famous Guitarists That Use, or Have Used, Drop D Tuning

Below, we have the list of guitar players who have used drop D tuning over the years. Some of them are more famous for it, while some have used it on occasion.

Below, we have a list of songs that were written and recorded in drop D tuning. Of course, you can play some of these songs in different tunings, and you can also play various other songs in the drop D tuning. However, these songs are associated with it.

Why Some Players Might Think That Drop D is Bad for Your Guitar?

If so many great songs are written in the drop D tuning, and if famous guitar players have implemented it in their works, how can it be bad for your guitar? The answer is simple – it’s not.

If you’ve stumbled upon a source that claims that drop D is bad for your guitar, then it’s not a good source. And if another guitar player told you this, they’re either messing with you or are completely misinformed.

What’s more, some guitar models even come with an additional mechanism on their bridge that allows them to drop the 6th string by a whole step in an instant. This is the case with the so-called “D-Tuna” developed by Eddie Van Halen’s company EVH.

However, there might be a reason why this rumor has started. If we’re looking at any type of a floating bridge, including classic Floyd Rose bridges, then detuning one string can completely mess up the tuning and intonation of other strings. 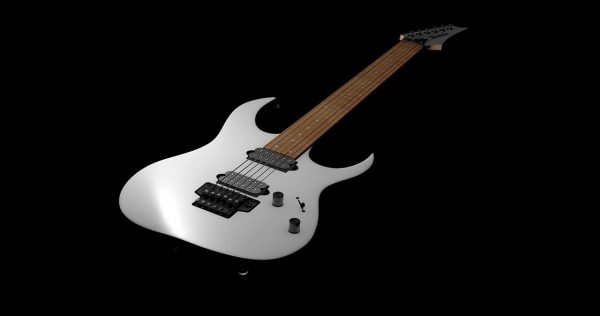 But this just means that you should set up your guitar in the drop D tuning. The only issue is that you won’t be able to change the tuning on the spot like you would with a conventional tremolo bridge or a fixed bridge.

If you’re planning to play live shows and include drop D songs without having to swap instruments, get a regular guitar without a floating bridge. Things can get complicated with guitars that have Floyd Rose or similar bridges unless we have a specialized mechanism for the 6th string.

Are There Tunings That Are Bad for Your Guitar?

So are there any tunings that could be bad for your instrument? If we’re talking about any regular guitar, even cheaper ones, there should be no problem with any of the numerous alternative tunings.

However, if there’s something wrong with your guitar, things can potentially go wrong. If you have a very old and sensitive instrument of subpar quality, you can potentially bend your neck if the string gauge is too thick for the given tuning. The same goes for any sensitive guitar. But in almost all cases, guitars can handle any string gauge, even in the standard tuning.

You can potentially bend your neck in the long run if you’re using some tunings higher than the standard E. Standard F or open E tunings with regular string gauges are some of the examples. However, even in those cases, you’ll be able to fix things by adjusting your guitar’s truss rod with Allen key.

Therefore, only extremely sensitive or poorly-made instruments can potentially suffer from some alternative tunings. Even if you play an average budget-friendly guitar, you shouldn’t experience any issues.

However, in the longer run, you should keep your instrument in perfect health. You should not only clean it once in a while but should also protect it from outside factors.

Unless we’re talking about some very specific models, almost all guitars are made from wood. Being organic material from a dead tree, it’s only obvious that wood is susceptible to outside factors. This even goes for guitars that have more protective finish layers on their bodies and necks.

Although higher humidity is probably one of the biggest issues, the complete opposite can be problematic too. Therefore, if you’re living in very humid or very arid areas, protecting your instrument is a must.

Luckily, there are plenty of guitar care products that can help you deal with both. Protecting guitars from humidity, or lack thereof, is extremely important for their necks.

There are plenty of microcracks on any wooden part of a guitar. These small invisible (or barely visible) exposed spots can lead to major problems in the long run if not protected.

Dry wood or wet wood can eventually warp. And when it warps, your neck becomes sensitive and practically unusable. Therefore, keeping your guitar protected is a must.