Can You Plug a Guitar Into a Power Amp? 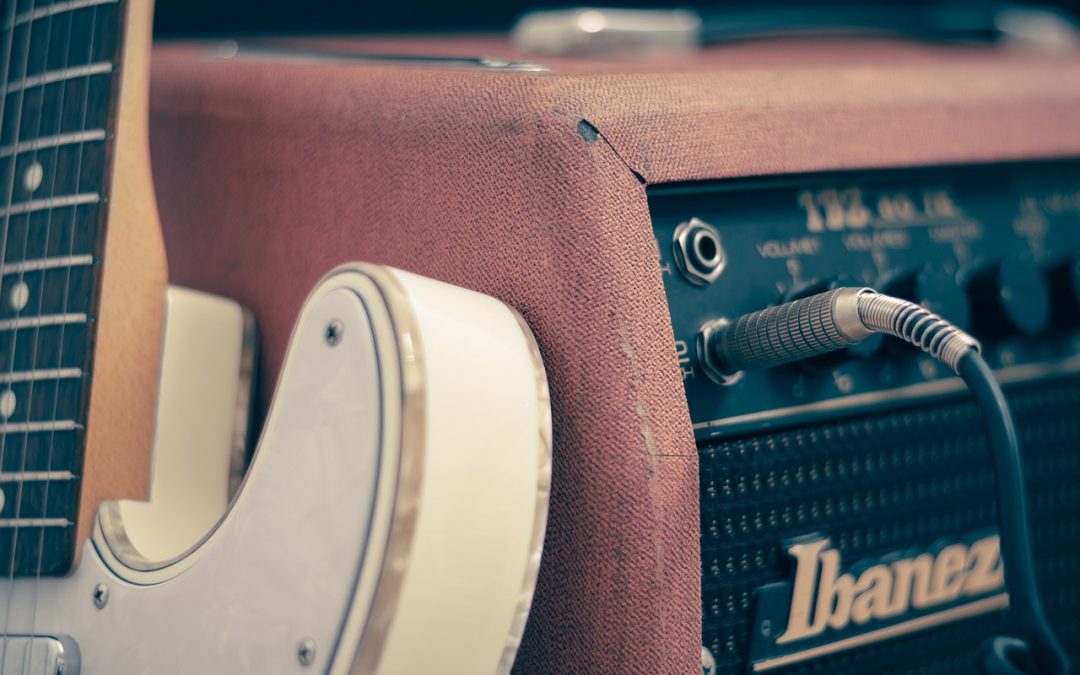 Although playing the electric guitar most often seems quite attractive to many music enthusiasts, the endeavor requires you to get familiar with some technical aspects of it. After all, you can’t just play the instrument as you’ll need an amp and quite possibly other digital or analog devices to enhance your tone and shape it the way you want to.

And, with this said, guitar amplifiers might get a bit confusing. To an absolute beginner, they might seem just like a speaker with a few other devices attached to it. However, there’s much more to it. And things especially get confusing to beginners and intermediate guitarists when there’s a talk about power amps and preamps and all the other stuff involving the way they work.

When you mention preamps and power amps as separate devices, one may think about whether it’s possible to use just one for your setup and plug into either a power amp or a preamp. Now, things aren’t that simple.

If you’re wondering whether you can plug directly into a power amp, well, that is technically possible. However, your tone wouldn’t be as nearly as good as what you’d expect from a regular setting.

So with all this said, we’ll explore the topic of guitar amps, look more into how they work and see what would happen if you plugged in directly into a power amp.

What Is a Guitar Amplifier?

Let’s first see what guitar amplifiers are. By a simple definition, a guitar amplifier processes the electrical signal of your guitar’s pickup and then amplifies it and sends it through the speakers so that you, and everyone around you, can hear it as audio information.

But it’s more than just that. The guitar amp can be regarded as a specialized audio-playing device that’s designed to work with electric guitars. Sure, there are some of the same components that you have in your home entertainment system, or with any standard PA system. And you can plug your guitar into either of these as well and get a sound out of it (as long as there’s an active power amp component to it), but it just won’t sound like what you’d expect from electric guitars.

Electric guitar amplifiers are designed to work with mostly the middle frequencies of the audible spectrum. Meanwhile, hi-fi systems, studio monitors, or PA systems are supposed to be “flat” with their frequency response. While it may seem weird from a technical standpoint, guitar amplifiers usually pronounce frequencies from 2000 to 4000 Hz. There are some slight “bumps” in the bottom-end frequencies, usually from 150 to 1000 Hz. But everything below 150 Hz and above 5000 Hz is almost non-existent compared to the mids.

But in order to get that tone, guitar amplifiers are made of three different components:

Of course, they can either come in the “combo” formation, where the amplifier and the speaker cabinet are together in one integrated device. The other option is to have an amp head, which contains the power amp and preamp, and a separate passive speaker cabinet.

So let’s dive into the topic of preamps and power amps in order to fully understand the topic.

A preamp is the first component in this equation, the first thing that your electric guitar signal meets. Essentially, this is where the whole magic happens, where the basic components of your tone get shaped. The preamp usually comes with either an equalizer or, in some simpler cases, a tone knob. A simple 3-band EQ is the most common, giving you the option to tweak bass, middle, and treble.

With most of the amplifiers today, we have preamp sections with multiple channels, at least (and most commonly) two. Channels essentially give you different basic tones, anything from cleans and up to heavily distorted lead tones. In most cases, separate channels come with separate volume controls.

Aside from shaping your tone, the primary function of a preamp is to boost the guitar’s signal to what is known as the “line level”. This is extremely important since the basic guitar signal would be too weak and “dull” as you can notice if you plug your guitar directly into something like an active speaker or a PA system.

Preamps can either be solid-state or tube-driven. Although tube-driven ones are usually more popular among guitar players, solid-state stuff is simpler and cheaper. But no matter the technology, the preamp is where the distortion happens. And if we’re talking about tube preamps, they create distortion even on the clean channel, but it’s much more noticeable if you push the volume higher up.

Although the power amplifier section doesn’t do as much tone-shaping as the preamp section, its main purpose is to amplify the signal further and pump it through the speakers. This component is essential if you want to get any sound through a speaker cabinet.

Compared to the preamp, the power amp produces less distortion and has only essential control parameters. This includes the master volume and, sometimes, the presence control. If you push the master volume higher while keeping the individual channel volume and gain knobs at lower levels, you’ll get the distortion from your power amp. Just like preamps, these can also be solid-state or tube-driven, and tube-driven ones produce more pleasant-sounding distortion.

The presence control is often overlooked, but it can help you further shape the mids. This is especially useful for distorted tones as it can make a difference for both rhythm and lead sections.

On most amps today we have an effects loop, which is a section between a preamp and a power amp. It consists of one output, or “send”, and one input, or “return”. Although its main purpose is for players to put modulation, echo, and reverb effects in there, it also comes in handy for other things.

Can You Plug Your Guitar Directly Into a Power Amp?

So here comes the main question – can you plug in your electric guitar directly into a power amp? Yes, you can. However, it’s not that simple. As we’ve already mentioned while talking about preamps, the signal needs to be at the line level in order for you to get proper sound or even proper volume level.

The signal from your guitar would be too weak, even if you had a guitar with active electronics.

This will result in a pretty weak output signal, as well as a tone that’s not as nearly as good compared to plugging into a preamp first. Similarly to going straight into PA systems or hi-fi home entertainment systems, the tone will be too dull and sterile.

While this idea has definitely crossed some guitar players’ minds, plugging your guitar directly into a power amplifier doesn’t really make much sense. There’s not any practical value for it and you’ll have a really hard time getting a decent tone from it. It can probably serve only for clean settings. But then again, you can get much better clean tones by using regular amps, or even a preamp going directly into a mixing board. 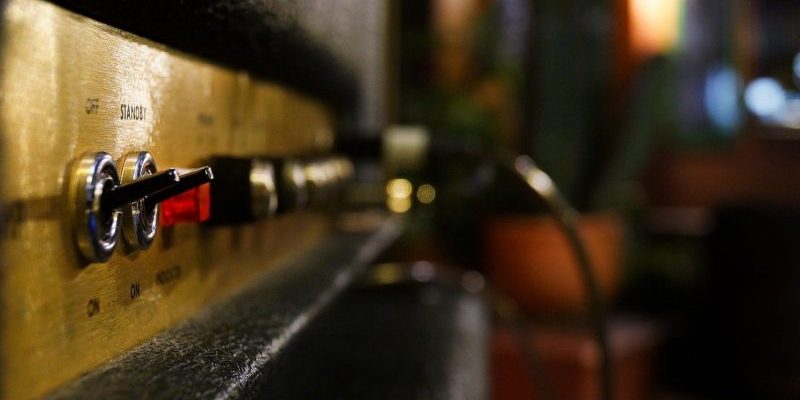 With that said, preamps and power amps can come as separate devices, both in solid-state and tube-driven formations. If you want a fully customized tone, you can get a specific preamp, power amp, and a speaker cabinet. Just bear in mind that this is a much more expensive option.

Preamps can come in form of pedals. In fact, they’re becoming increasingly popular these days and can even come with one or more preamp tubes in their circuitry (most commonly 12AX7). They’re also made as rack-mounted devices with external footswitches for easier accessibility.

There are some preamp pedals that come with two outputs, one for guitar-oriented power amps, and the other for mixing boards. The second one is an output that comes with a specialized cabinet simulator that helps you get a very convincing guitar amp tone when going through a PA system.

Power amps are also available in both of these forms, although power amp pedals are not as common. They’re usually made as rack-mounted units and are quite often done in stereo formation. Marshall is quite popular for their rack-mounted power amps, stuff like the EL34-50/50 or EL34-100/100.

Another interesting way to approach this is to go directly into a power amp, but by using a distortion pedal. In fact, Boss’ (in)famous MT-2 Metal Zone has proven to work much better this way, especially if you’re plugging it into a tube-driven power amp.

You can also do this with your amp and get some completely different tones. Distortion pedals are, in some way, like preamps. They can push your guitar signal to make it strong enough for the power amp. Just plug your guitar into the pedal, and then connect the pedal’s output to your amp’s “return” jack.

But with such a setting, you won’t be able to use any of the preamp controls of your amp as you’ll literally be avoiding it. That means that only the master volume and presence controls will work.