Should I Learn Guitar Before Banjo? 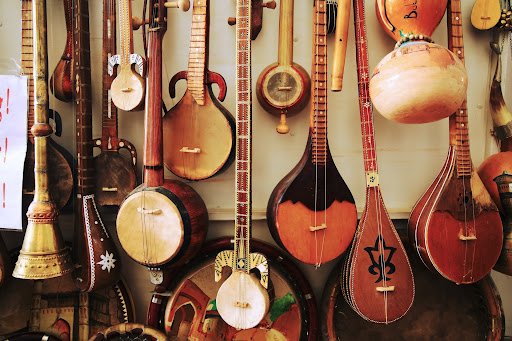 People new to the music might be wondering which instrument might suit them better. There are a few factors to take into consideration before taking it in your hands and start practicing those first cords.

The debate between guitar and banjo is ongoing and seems endless, especially if you are new to wired instruments. By reading this there is quite a high chance you are interested in learning to play on or the other.

Learning about the basic differences and common traits (which there are quite a few of) may help you understand the instruments better. They both are bellied for sound amplification and are strumming musical instruments.

Learning the guitar has its perks, but the banjo is not as common. The good news is that they are not dependant on each other. They do share a set of common skills required and similar cords, but other than that, you can learn them individually.

It will not hurt if you already play the guitar, and it may give you an advantage to some degree. But never trust a tutor who claims that you need to go through one to be able to play the other.

Guitar or Banjo – Which One is Easier?

You will hear some people saying that strumming a guitar is way easier for beginners than finger-picking a banjo. Both ‘techniques’ require time to get your hands and fingers used to the sensation.

For people that are homeschooling, or learning on their own, there are much more materials for the guitar than for the banjo. On the other hand, banjo plays are really simple, but the label of ‘knowing to play the guitar is something you want to hear during your life.

Either way, bot instruments require determination and hard work. If you are committed and will stay persistent, you will quickly reap the reward of your efforts. It might be so satisfying that you could find it challenging to master both instruments (but go one at a time).

Learning new instruments requires some research. Start by defining the style of music you are interested to learn. A good thing is that string instruments are all based on similar concepts. Because of that, either instrument will serve the purpose of teaching you the basic skills you need to start playing.

Everything takes time and only after a few months of devoted learning will you be able to progress, and start to define some elements that are characteristics of a particular music style.

There are many misconceptions about both instruments, where the banjo is commonly associated with bluegrass, while the acoustic guitar reminds us of country, pop, and rock.

Both instruments have been used in a multitude of genres when it comes to performance, including (but not limited to) blues, jazz, folk, etc. It depends on the artist and how can they interpret the type of music with the sound and instrument they are proficient in.

Both instruments enrich virtually any music genre. Even composers in the 19th century saw an opportunity with the banjo in classical music compositions. The versatility of these basic string instruments is as wide as the music itself.

How Difficult Are the Banjo and Guitar?

The characteristic of each instrument may benefit you more than the other. For example, depending on your overall size (height, weight, and length of your hands) you may find the banjo easier for playing. It is because it has a smaller neck and fewer strings. However, modern banjos can be more complex, and children find them more complicated than the guitar.

Banjo is an instrument that has a round body and fretted neck and is usually played by plucking or strumming the strings. Just like the banjo, the guitar is a stringed instrument with a fretted fingerboard and six strings. For playing it people most often use plectrums of free fingers.

The most common and obvious way to note the difference between the guitar and banjo is their size. Banjos are smaller than guitars, which is why some people consider them a better alternative for beginners. On the other hand, creating notes and chords on the guitar is not easy unless you know them in advance. It also has a fret that is far from the string and seems more complicated to rookies.

Learning the difference between instruments is not at all hard if we pay close attention. Sound is another way people can tell these two instruments apart.

Most guitars will be more expensive because of the sound it produces. It should be a beautifully rich and deep tone. But (here is a quirky part) most musicians will have a banjo as well to achieve a specific note.
Depending on the type of notes and music you want to play, one or another instrument may be better for you.

Look up some musical performances on each instrument individually, and listen to a duet just for the sake of it. It will be fun and engaging and may help you form your decision a bit more. Experienced musicians will recommend starting with the banjo as it offers a smooth transition to guitar playing.

The guitar and banjo differ by the number of strings. A standard guitar will have a minimum of six strings (except for the bass guitar that only has 4), while the banjo has 4, with a maximum of 6 strings.

With all musical instruments, the rule of simplicity is directly proportional to the number of strings. The less you have the easier it is. On that note of concluding, it may be better to start by learning banjo as it is faster, as a good base for mastering the guitar.

Pressing down on the strings may seem more complicated, but it isn’t. It can be easily adjusted depending on the gauge of the used string on both instruments. Thinner strings are always the easier option.

Tuning is another segment that will affect your playing. The banjo is usually tuned on open tuning, also known as ‘Open G tuning’, while the guitar is tuned to ‘Standard’ notes E, A, D, G, B, E and it does not create an open sound as banjo tuning does.

For this sake, the banjo might be easier for beginners because it means that the sound will be pleasant from the start. The strings are already tuned to one of the chords you will learn to play, and you just might avoid the clacking sound of your inexperienced fingers demotivating you to continue learning.

Comparing how hard or easy it is to move fingers over the fingerboard or frets, it is pretty obvious that it is m+harder to work on a guitar than banjo since it has more strings.

The +1 string may not be such a problem if they were not that close to each other, making it hard for beginners to pluck or strung them. But more strings do include a variety in sound as well, so pick your position accordingly. It is a passion that rarely goes away if you play it right.

It may seem that the banjo is taking the lead in this virtual competition, but some guitar styles are also tuned on Open G tuning, having a similar effect.

Learning to play in open tunings the banjo is the perfect fit. Simple two and three-finger cords make up the basics required to play bluegrass music. You will probably start by learning G, C, and D for the first few cords.

Many people wonder that this means that the guitar is more difficult to play because of more strings. This can be the case if you decide to play in standard tuning. But the basic chord shapes on the banjo and guitar fall into the same five basic categories.

With the basic five chords (C, A, G, E, D) you will be able to play any chords that you need to learn for any of the instruments.

So, Should I Learn Guitar Before Banjo?

After understanding that the two instruments share a significant number of common elements, more so than a cello and a flute, there is no argument reason why you should learn one before the other. The guitar is not a mandatory beginner’s course to be a rookie in banjo or vice versa.

People who have the advantage of some musical education would not complicate things as much. Focusing on playing a single instrument should have all the attention and passion you are ready to invest in it. To put it simply, you need to learn banjo to learn to play the banjo.

Spending a year playing guitar will make you more knowledgeable about the guitar, and strumming instruments in general. But only by playing banjo will you become more efficient in it.