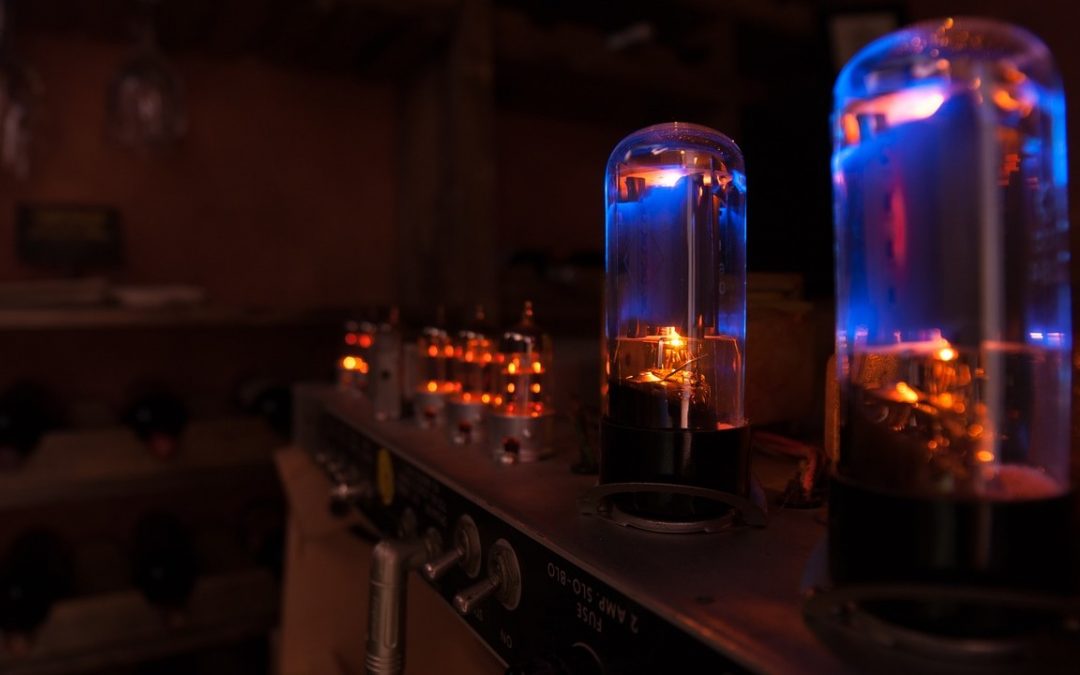 So many decades have passed, and tube amps are still what most guitar players are aiming for. Although the technology is outdated at this point, they’re still popular among guitarists of all genres. What was developed back in the 1920s, 1930s, and 1940s still works pretty well for them. But if you’re new to tube amps and are wondering whether you should buy one, there’s a high chance you’re asking yourself: “Are tube amps fragile?”

In simplest terms, yes, tube amps are more fragile compared to your average solid-state and digital modeling amps. But what you also need to bear in mind is that many players still use them. Their fragility isn’t limiting.

Be it professionals, semi-professionals, or just amateurs, a lot of them take tube amps to gigs and studios. Take any famous guitar player, and almost every single one has used tube amps, at least for a while.

So we can safely say that their fragility isn’t limiting. But that still doesn’t take away the fact that they are, indeed, more fragile than solid-state amps or modelers. In this guide, we’ll explore the topic in more detail and see what makes them fragile. Ultimately, my goal here is to help you decide whether you should buy a tube amp or not because of this.

The Anatomy of a Tube Amplifier

So let’s first start with the “anatomy” of tube amps. What are the main parts involved here and what makes these amps so different?

Well, the first important thing to note is that tube-driven guitar amps have the two same important components. These are a preamp section and a power amp section. Just like with solid-state amps, the preamp section is where your main tone characteristics are shaped. It also brings up your guitar signal to a high enough level that would drive the power amp to work. In a lot of cases, preamps come with multiple channels, offering different types of tones. You’ll also find volume, EQ, and a few other controls on a preamp section, in most cases at least.

The power amp is what takes the signal from the preamp and boosts it to a higher level. This way, your amp’s speakers can work with it. They usually don’t shape your tone that much, but they can sometimes come with a “presence” control. This particular knob can help you further shape the high-mid part of the spectrum.

Of course, the most important component of a tube amp is (you’ve guessed it) a tube. Vacuum tubes, or valves, are devices that control the flow of electric current. They’re are an essential component in the process of your guitar signal’s amplification. From the perspective of a guitar player, there are two types of vacuum tubes – preamp and power amp tubes. In almost all cases, preamp tubes are the 12AX7 variant, which is the same as ECC83. As for power amp tubes, these are much more diverse and include stuff like EL34, 6L6, 6V6, EL84, 6556, KT88, and others.

Then we also have rectifiers, which convert AC voltage to DC voltage. In a lot of cases, tube amps also feature tube rectifiers. 5Y3 rectifier tubes are the most common ones. There have been some discussions about whether tube rectifiers impact the quality of your tone or not, but that’s a whole different story.

Transformers take the current that goes from your wall-mounted outlet and transform it to different voltages. The current then drives different components at different voltage levels. For instance, tubes are heated up using a lower voltage, speakers are also driven by a lower voltage, while the power amp would require much more. These are like transformers in any other electrical device.

Tube amps often come with effects modules. In vintage-oriented amps, this is just stuff like a reverb, vibrato, or a tremolo effect. Whatever it is, they’re always paced after the preamp section and before the power amp section. This is because your output will sound much better when there are effects after the distortion in this signal chain.

Just like any other sort of amplifier, you need speakers to get any sound out of it. Tube amps come in the form of an amp head, meaning that you need an external cabinet and in the combined or “combo” form. In this sense, tube amps are pretty much the same deal as solid-state amps.

So now we get to the main question. Are tube amps fragile? Yes and no. Technically, they’re much more fragile compared to solid-state ones. And this all comes down to the main principle on which they operate on.

The tubes used for amplifiers are thermionic tubes. They use thermionic emission of electrons, basing it on thermal energy to transfer the signal. This is why you need to heat up your amps first before playing them.

With all this said, it’s obvious that vacuum tubes change their properties over time. In fact, they practically become useless at some point, especially power amp tubes. But as their properties change, so does the overall tone of your amplifier. 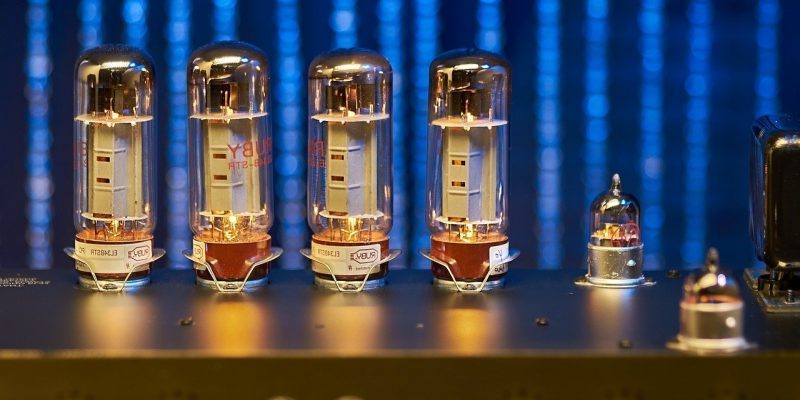 This is especially noticeable with larger live performances or lengthy studio sessions. Tube amps can be difficult to set up in the overall mix as their sound can change during one tour. Front-of-house engineers usually have a hard time setting up the mix with tube amps in it, compared to modeling amps or solid-state amps. Things aren’t that consistent and you should change your tubes more often if you want to keep your tone the same all the time.

You can also notice that tube amps have a “standby” switch next to the main power one. It enables you to shut all of the output from the amp while it’s turned on.

However, its function is more than just a simple mute button. The main idea here is to protect the tubes. You switch on the amplifier first, let it warm up for a few minutes, and then turn off the standby mode. If you were to play it straight away, you’d risk damaging your amp. In the long run, your tubes could suffer, which would lead to additional maintenance costs.

Compared to solid-state stuff, tube-driven amps are usually bulkier and heavier at the same power rating level. But what makes things more complicated here are tubes, which are definitely fragile components. Combined with the amp’s size and weight, the chances of making some damage get bigger.

You should also think of external factors, such as humidity and temperature oscillation. Of course, this usually won’t be a problem if you’re playing in a studio or at home unless we’re talking about extremely humid areas. But taking them on the road comes with its challenges.

But It’s Not All THAT Bad…

Here are a few important things that you should know before getting a tube amp:

At first, this might all seem like a lot of work compared to having a solid-state amp. But in the end, you’re supposed to take proper care of your guitars and other gear as well. It all just comes down to being careful.

What’s So Special About Tube Amps?

But with these rules and fragility issues, you might wonder whether tube amps are worth it in the first place. After all, what’s so special about them?

Well, it comes down to having a warmer tone and dynamic response. Back in the old days when solid-state amps got into commercial production, their cleaner output was considered to be “better” by engineers of the era. However, musicians and audiences felt like it was all too sterile.

Although tube amps have less headroom, meaning that they distort too easily, this is what many guitar players are looking for. Having your tone “crack” when playing harder or when pushing your volume up high is actually an advantage.

But in the end, it all comes down to personal preferences. Although most guitar players still love tube amps, some may just prefer the cleaner tone of solid-state amps.