Can a Cello Be Used as a Bass? 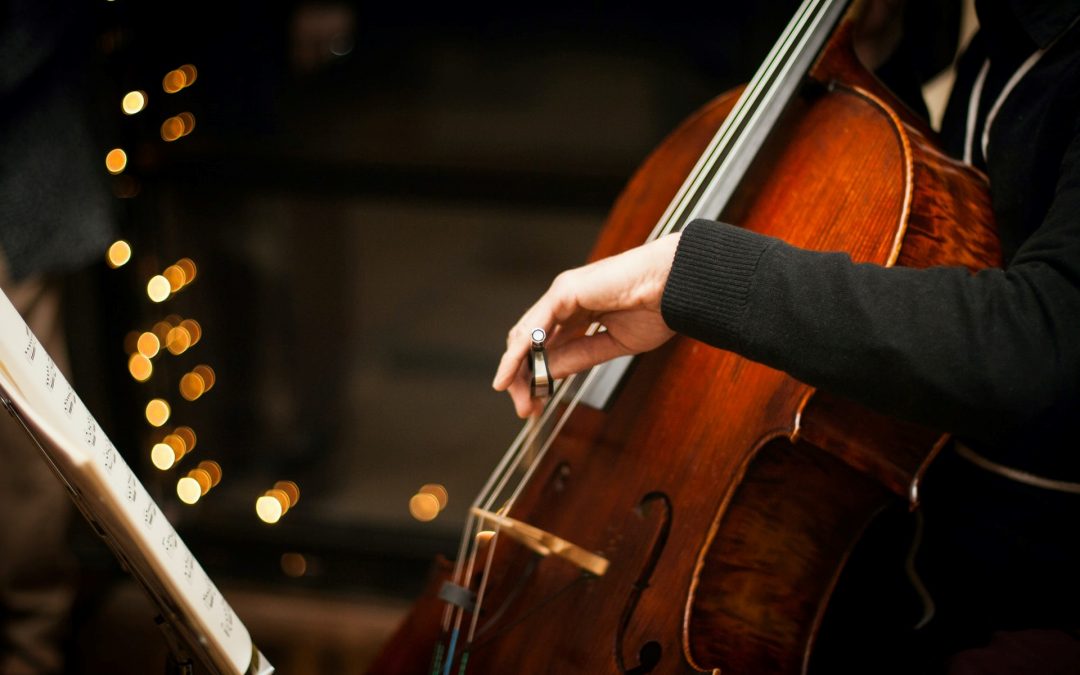 One would be surprised to find out just how frequently are cello and bass compared. Of course, that frequency only stands for circles that gather music enthusiasts and musicians themselves. Since that’s such a popular topic, one can’t help but wonder why people put the two instruments together. Naturally, a question would ensue: can a cello be used as a bass?

If you came here looking for an answer to the previous question, you’ve knocked on the right door. In the article that we’ve prepared for today, we’ll talk about whether or not can a cello be used as a bass among other things. Also, we’ll expand the talk a bit to cover some interesting info surrounding these famous instruments.

That’s right, a cello could be used as a bass. You can also convert your cello into a bass. Replace the strings with Fender flatwounds, enlarge the grooves in the nut and bridge, expand the string holes in the pegs, and retune the instrument to EADG (low to high) in the identical octave as you would a double bass.

Okay, so that was just a tiny preview of what’s waiting for you below. Make sure you check it out!

First of all, it’s best if we talk a little about the cello vs. bass relationship. Keep in mind that we’re definitely not talking about a bass guitar here. The thing is: we’re discussing the relationship between a cello and double bass. Yup, the huge instrument that resembles a cello (it’s also like a fat violin). Remember that Tom and Jerry episode in which Tom plays and sings “Is you is or is you ain’t my baby?” to his cat crush? That’s right, he’s playing double bass!

We’ll stop with the pop-culture references this very instant. Okay, so the two look similar. Is there anything else we should know?

Is cello similar to bass?

Alright, we said the two look similar, but do they share anything else in common besides appearance? We’re about to find out.

Okay, so there’s no way we won’t mention that cello and bass are the two largest instruments in the so-called string family (where, of course, you’ll find the violin and guitar, too). Of course, one can assume that the bass is a bit larger than the cello. What about other differences between the two?

Can you play cello standing up?

There’s a little something called a block strap. It’s an item that allows cellists to play while standing up. Of course, it’s a strap that will enable you to move around while playing your instrument. Without it, playing the cello in an upright position couldn’t be possible.

Okay, so, in the last paragraph we’ve mentioned how should folks play both of these instruments. It might be good to see just what are the most appropriate holding positions for cello and bass (not to be confused with the bass guitar). Speaking of bass guitars, here’s why it’s so hard to find a bass player.

How to hold a cello?

First of all, you’ll want to sit down in a solid chair. Next up, you’ll want to place your instrument in a way that will allow the neck of your cello to be to the left of your head, while the C-string peg should be placed next to your ear. Keep your sitting position straight (no slouching). Place the end pin so it allows your cello to rest against your body (chest). Balance the lower half of the instrument with your knees in order to keep the cello steady. Lastly, you’ll want to make sure that the cello is angled to the right just your bow’s able to reach all the strings without much hassle.

How to hold a double bass?

As we’ve already mentioned, you’re able to choose whether you’ll play double bass sitting or standing up. We’ll put the emphasis on the latter since that’s the option most bassists prefer.

Anyway, how does one hold a double bass? First, you’ll want to stand up with your feet that should be shoulder-width apart from one another. How to place the endpin? Well, just make sure that the nut of your instrument’s fingerboard is at the level of your eyebrows (that’s right). Tilt your instrument a bit to the back and see that it rests on your left hip.

Now that we’ve got that covered, it’s time to see if it’s possible to use a cello as a (double) bass! Stay tuned! 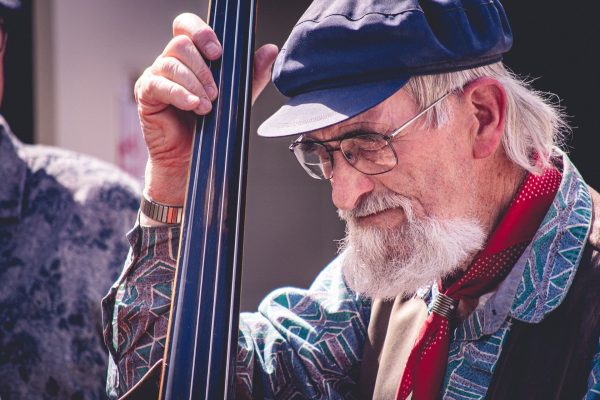 Can a cello be used as a bass?

Here’s the simplest answer out there: yes, it’s pretty possible to use the cello as a bass. If you were to check online forums you’d see folks saying: oh, yeah, it’s a no-brainer, it’s quite easy to convert your cello to a bass. Okay, so what’s the deal here? How does one handle the process?

First, let’s provide you with an overview of the steps we’ll talk about:

So, shall we begin?

Step #2: Enhance the string grooves in the bridge and nut (optional)

If you’re not sporting correct nut/bridge files, you’ll want to enlarge the grooves in the nut and bridge. It will only take a couple of minutes and require you to use some household items such as a precision knife, chain-saw sharpening file, hacksaw blade, and some good ol’ folded sandpaper. Tweak up every single groove with a #2 pencil for lubrication.

Step #3: Enlarge the string holes located in the pegs (optional)

There’s a chance that your cello doesn’t have any tuning pegs. If that’s the case with your instrument, you could install some fake Grover guitar tuners since they’ll handle the reduced tension of the “compressed” Fender flatwound strings. Also, you’ll need to expand most of the tuner’s string holes since they’ll need to be a decent fit for your new, fatter strings. Instead of drilling a large hole in the tuner shafts, you can try unraveling a portion of the strings’ exterior windings at both ends of it (about half an inch (1,3 cm)). Oh, and another thing: the same thing is likely to happen with wooden friction pegs; utilize the same method.

Lastly, you’ll want to retune your “new” instrument to EADG in the same octave as a double bass. Here’s what’s up: the flatwound strings you’ll use are meant to function with an electric bass (string length: 34 inches (86 cm)). In order to get the identical bass pitch on your “new” instrument, you’ll want to tune the strings a bit lower. That way, you’ll remove most risks related to taxing and breaking your converted cello. You’ll be quite surprised to find out that, even though you’re dealing with lessened string tension, your strings will still produce a fine tone.

And that, folks, is how you’ll convert your cello to bass without much hassle. As you could’ve seen, it won’t require you to invest much of your time and effort!

Okay, so we’ve reached the end of this one. Now you know everything about cello vs. bass differences. Also, you’ve learned how you can erase those differences and turn a cello into double bass. Ain’t that something?

For more tips and useful info on various musical-instruments-related subjects, pay a visit to our blog page. Until next time!