Do Expensive Guitars Stay in Tune? 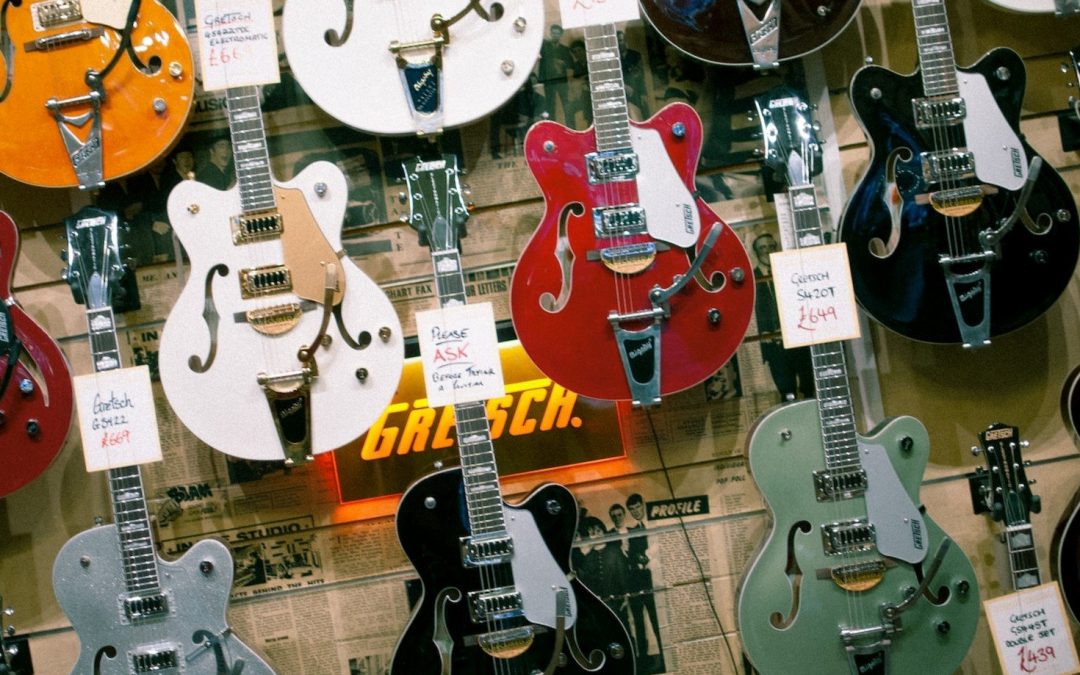 Let’s you’ve noticed that your instrument has a tendency to go out of tune quite easily. There’s a chance you might’ve wondered: is this happening because I bought myself a low-quality, cheap guitar, or is there something else to it? If these words sound familiar, you’ll want to read this piece on whether expensive guitars stay in tune for longer periods of time.

Now, is there such a big difference between cheaper and high-end models? Are there any guitars that provide you with both a “friendly” price and some sturdiness when it comes to tuning? We’ll tackle those issues, too. As always, stay tuned!

Even though most folks would agree that a more expensive, high-quality guitar should stay in tune better than a cheap one, it’s really not such a significant factor here. There are many other things to consider such as the type of guitar, the conditions you’ve stored the instrument in, the longevity of the strings, etc.

Simply skimming through the snippet won’t help you figure out whether you should opt for a costlier instrument. Therefore, here at Music Gear Heads, we strongly suggest you read the whole thing!

Is it normal for a new guitar to go out of tune?

Before we venture deeper into finding out if expensive guitars tend to rarely go out of tune, let’s get some information out of the way. Anyway, you might’ve bought your instrument quite recently. That being said, it’s not so surprising to imagine the guitar’s newness is to blame for the issue. So, let’s see whether it’s normal for a new guitar to go out of tune more than it’s common.

Here’s the thing: it’s not that your new guitar itself is causing the issue, it’s actually the new strings that are to blame. That’s right! Many folks have noticed that, once they restring their instrument, new strings have a tendency to go out of tune quickly. What’s the deal with that? In the simplest of words, new strings require a stretching period, and, until it passes, it’ll cause them to go out of tune quite usually.

An easy method to deal with the issue

Luckily, there’s an easy-to-implement method you can utilize to overcome this new-strings-quickly-going-out-of-tune issue and stretch the strings manually. Just so you don’t have to wait until they stretch by themselves. Let’s see what’s it all about:

Let’s consider another issue beginner guitarists like to inquire about!

Is it normal to tune guitar every day?

Well, it all depends on how much you’re playing, what type of guitar you have, and the storage conditions in which the instrument’s kept. Now, the longer the periods between your playing sessions, the better the chance that you’ll have to tune your instrument the moment you return to your guitar. Some folks note that the general rule of thumb is that you should tune your instrument each time you kick-start a playing session.

Also, as we’ve noted above, you’ll need to consider both the type of your instrument and the conditions you’ve stored it in. For instance, an electric guitar with a so-called locking nut will do a better job at keeping your strings in tune. Speaking of locking nuts, here’s whether you can put on a Strat. Anyway, the list goes on: a cheaper guitar made out of poor-quality wood might warp (although very slightly) in different conditions and cause your strings to go out of tune.

Lastly, if you’re using steel strings, know that they’re better at keeping your instrument tuned than their nylon counterparts (speaking of the latter, here’s whether nylon strings go out of tune easily). Anyway, to conclude: if you’ve got a steel-stringed electric guitar with a locking nut, stored in premium conditions, and you still have to tune your instrument each time you pick it up, that could be a clear sign that something’s not the way it’s supposed to be!

Okay, guess that’s a bit too much for an introduction. It’s about time we consider whether expensive guitars stay in tune better than their less-costly counterparts. Don’t go anywhere! 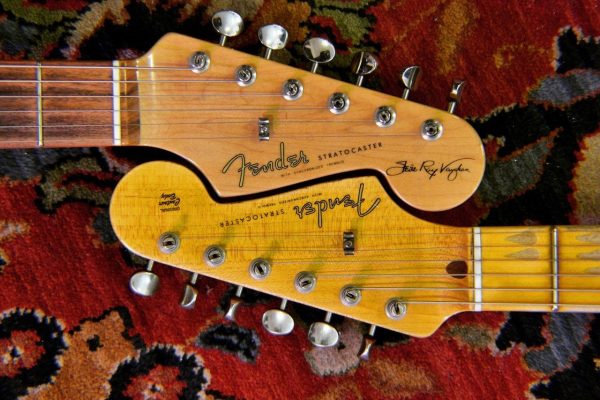 Do expensive guitars stay in tune?

Needless to say, this one’s a hard nut to crack or to be more precise – too broad of a question. Why? Well, because the issue of a guitar going out of tune can have a number of different causes. Since we don’t want to repeat ourselves, simply check the paragraph above where we talked about the factors that could inspire the issue to appear. Anyway, let’s dig our hands deeper into the subject matter!

To continue: even though expensive, high-quality guitars (such as the ones you’ll find at this address) are usually considered to be better at staying in tune, opting for a cheaper guitar shouldn’t automatically mean you’ll have to deal with a faulty, regularly-going-out-of-tune instrument. Also, one can’t simply blame the quality of production right from the start. For instance, some guitars that you’ll bring home will come with worn-out strings (due to constant tryouts inside a music store). Even new strings might cause you some tuning issues, but you should nevertheless change the strings that came with your guitar and do some manual stretching as described above.

Okay, so once you rule out the strings, what are we left with? There could be an issue with your nut or the bridge. Also, it might be a result of an issue with the tremolo bar, which, as we’re sure you know, can put some good old stress on your guitar strings. If you’re having some tuning issues and just can’t seem to pinpoint where’s the source of all the trouble, it’s best that you contact a professional, experienced luthier to handle the task & do what’s necessary.

Just because something costs more…

That’s right! To conclude: just because a certain instrument costs more doesn’t necessarily mean that you’ll get better performance from it. For instance, take a Squier Strat as an example. It’s a pretty nice beginner guitar that doesn’t cost a fortune (far from it, actually). You can even make it sound like a Fender.

Now that we’ve shown you that expensive guitars aren’t always better at staying in tune as a lot of different factors can lead to the aforementioned issues, it’s time we talk a little about something else!

How to prevent your guitar from going out of tune?

Here we’ll show you some of the things that you might be able to do in order to prevent your trusty instrument from going out of tune all of the time (speaking of which, here’s why drums and cymbals never sound out of tune). We’ll kick-start with the issue most guitarists like to point out. In other we, we’ll begin by introducing you to the main suspect in this case.

That’s right! The number one issue everyone likes to point out concerning tuning issues is, of course, humidity. Storing your guitar, outside the case, in a humid storage room, clearly ain’t a good thing. So, yeah, store your guitar someplace where humidity isn’t so present.

Here’s another interesting thing: some folks note that expensive guitar cases do a better job at keeping your instrument safe from humidity. Therefore, when you combine two and two, we can conclude that expensive guitars do stay in tune better than their less-costly counterparts. That theory’s a bit far-fetched, however, don’t you think?

You’ll also have to consider the way you play your instrument. If you’re pulling down on the strings once you’re holding chords, or if you’re putting too much pressure when pressing the strings against the fretboard, such behavior can do some damage to your pitch.

Also, don’t forget your non-fretting hand since it might cause some issues, too. Striking your strings in an aggressive manner might cause them to sound a bit sharp on the initial attack.

#3 Consider the longevity of your strings

Just like everything else, strings have a lifespan. Even if you keep them clean and everything, they’ll come to a point where they won’t intonate & sound so well. Once you notice that your open string might be in tune, but fretted notes aren’t – that could signal that it’s time to buy new strings.

Guess that’s about all there’s to say on the topic of whether expensive guitars stay in tune better than their less-expensive counterparts. Hopefully, you’ve had a good one reading this piece. If you’re on the lookout for more tips on guitar playing and similar topics, click right here.