What Is the Hardest Electric Guitar Technique? 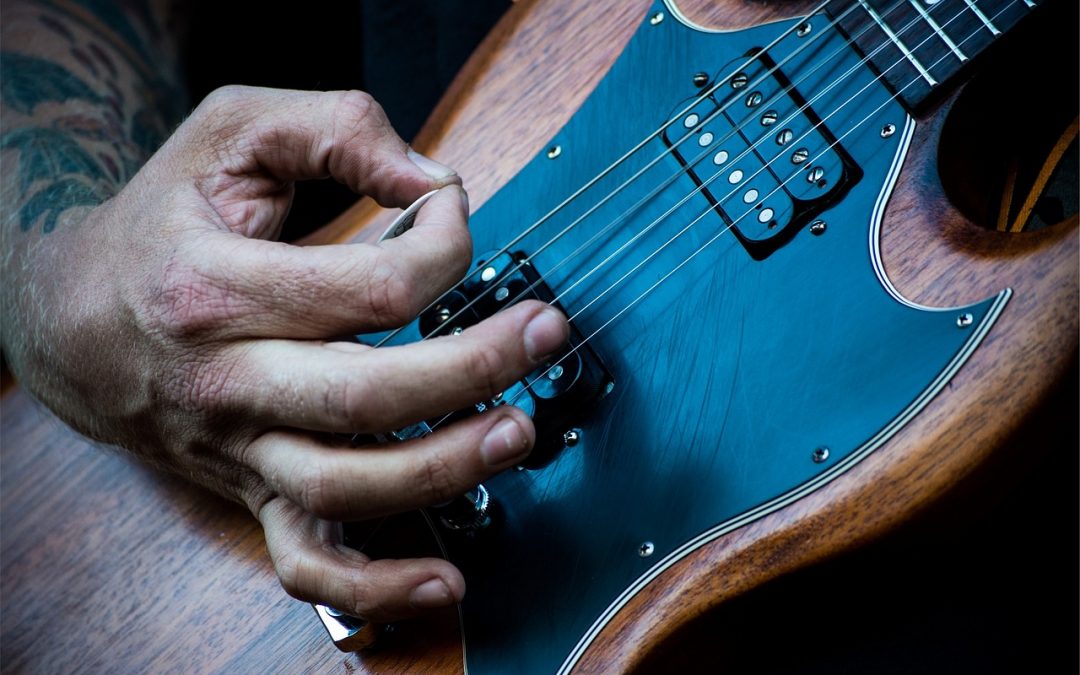 Shredding – this is the widely accepted term for virtuosic guitar playing. Although some may say that it’s specifically about using alternate and tremolo picking, the term is mostly about any technically proficient guitar player. In particular, we’re looking at electric guitars and those who are extremely good at them. However, have you ever wondered what is the hardest electric guitar technique of all time?

For instance, knowing how to implement different techniques in the proper context is a real challenge. Add dynamic nuances, syncopation, and tricky rhythms, and you’ve got yourself a real challenge.

However, there are particular techniques that people often associate with virtuosity. If you feel like becoming a “shredder,” you should be good at these techniques.

But before I get into it, there’s one important thing that you need to know. Being a “shredder” or a virtuoso is way more than just being super-precise at these techniques. Most of it lies in your musicianship and the ability to produce expressive and awesome-sounding music.

Remember – technical skills are your tool to sounding good, not a goal on its own. Now that we’ve cleared this out, let’s dig into it!

Interesting fact: Why some guitarists shake their guitars, you might wonder. There are a few reasons for it. Some of them are effective and impact the music itself. Yet, some of them are more aesthetical and are a part of a performance.

Alternate picking refers to continuous up-and-down pick movements. Although it sounds straightforward, it’s a bit more complex. The continuous motion should go on even if there’s a stop or a gap between the even-numbered notes.

For instance, let’s say that you’re playing in all 16th notes. And then there’s one-note skipped. Your hand should continue moving up and down as if you played a note.

And this might not seem that hard with enough practice. However, doing it fast is a real challenge. Especially if you want to stay true to the actual length of the note (which you should).

But if you’re doing fast alternate picking and are picking one note for longer times, then this is referred to as “tremolo” picking. This rapid iteration of the same note provides a very distinct effect.

With electric guitar, you can notice it in some black metal songs. Another example is Dick Dale’s legendary “Misirlou.” Well, it’s a folk song, but he made it popular.

Economy picking, on the other hand, maximizes the up-and-down picking hand movement. You don’t constantly play up and down. Instead, you do up or down pick movements efficiently and only when needed. In some sense, it’s a combination of sweep and alternate picking.

This is especially useful if you’re moving from one string to another. In a specific moment, you repeat the up or downstroke movement if it makes things more efficient or “economical.” At the same time, it’s extremely challenging to

Tapping is a beast on its own. Eddie Van Halen is often praised for “inventing” the technique, although it existed way before him. Nonetheless, he did put it to a whole new level.

The technique involves using your picking hand to press on the strings on the fretboard. In a way, it’s an advanced legato technique. And you can do whatever you want, even utilize more fingers. Check out this performance by Stanley Jordan to realize the full potential of this technique.

The so-called “sweep” picking involves one motion of the picking hand that plays single consecutive notes on consecutive strings. And no, it’s not the same as strumming as you play notes one by one. One ends when the other one begins. This sweeping motion can be upwards or downwards.

At the same time, this needs to be in perfect synchronicity with the fretting hand. As a result, any phrase played using the sweep picking technique should sound fluid.

Most commonly, sweep picking is used for arpeggios. This is why the sweep picking technique and the “broken” chord form arpeggio are mistaken for one another. Sometimes, guitar players call it “sweep arpeggios.” However, it’s important to distinguish the technique from arpeggios as musical elements.

Of course, there are some of the techniques people usually associate with virtuosic playing. However, there are other very challenging techniques as well. Here are a few more very difficult electric guitar techniques to check out.

Instead of pressing the strings, you can use a slide and just hold it against the strings to change their pitch. The technique is associated with blues music, but it’s something you can find in other genres as well.

Two things make the slide technique so challenging. Firstly, you need to have a sense of pitch. You can just put the slide over the spot where you’d usually press the string. It has to be right over the fret wire. Or, because frets aren’t the most precise determinants of each note’s perfect pitch, you’ll need to make out the exact not on your own.

One of the first things that you learn as a beginner on an electric guitar is how to palm mute. Dampening the strings with the side of your palm provides you with more dynamic control.

But although a simple technique that comes naturally, implementing it on and off in some complex riff or lead sections can be a challenge. Sure, you may be able to do it with ease, but it’s nuances that make the world of difference.

When we say “hybrid” picking, it’s about the combination of fingerpicking and plectrum picking. You hold the pick normally, as you would in any other situation. And then you also utilize the available fingers of your picking hand.

Most commonly, it’s the middle and ring fingers. However, some players also like to use pinky as well. The technique is useful for both playing chords and lead sections.

However, doing bends and vibratos is far from being a simple thing. While you may be able to bend the strings, bending them to the desired pitch is a skill acquired after years and years of practice.

The same goes for vibratos. If it’s an uncontrolled vibrato done in the wrong context, you’re bound to make it sound awful. It has to be very controlled in terms of varying pitch and rate.

In addition, there’s an abundance of ways how to approach vibratos. I could go on and write an entire guide on them and still not be able to cover everything. As I said, it’s something that everyone likes to do, but rarely anyone knows how to do well.

Travis picking is not exactly a technique per se but rather a picking pattern for the bass line. Essentially, you cover two bass notes of a chord with your thumb and play a melody or other chords over that with your other fingers. It got its name after country musician Merle Travis.

Of course, it’s possible to do it on both electric and acoustic guitars. Either way, it’s one of the most challenging things that you can do on a guitar. Sure, most guitar players these days focus on fast shredding and all the sweep picking, tapping, and other flashy stuff. But I’d love to see one of those metalhead virtuosos trying to figure out the way Chet Atkins utilized the Travis picking technique.

It’s Not About Just One Technique

I can’t stress this enough. There’s no such thing as the “hardest electric guitar technique.” What makes the instrument hard to master is a combination of many different techniques and other factors.

At the end of the day, the most challenging part is being able to express yourself well through the instrument, or just perform certain pieces properly. And to have those expressive qualities, you have to practice a lot and just have enough hours on the instrument. And, finally, make sure that your instrument is properly set up.