Should Guitar Strings Be the Same Height? 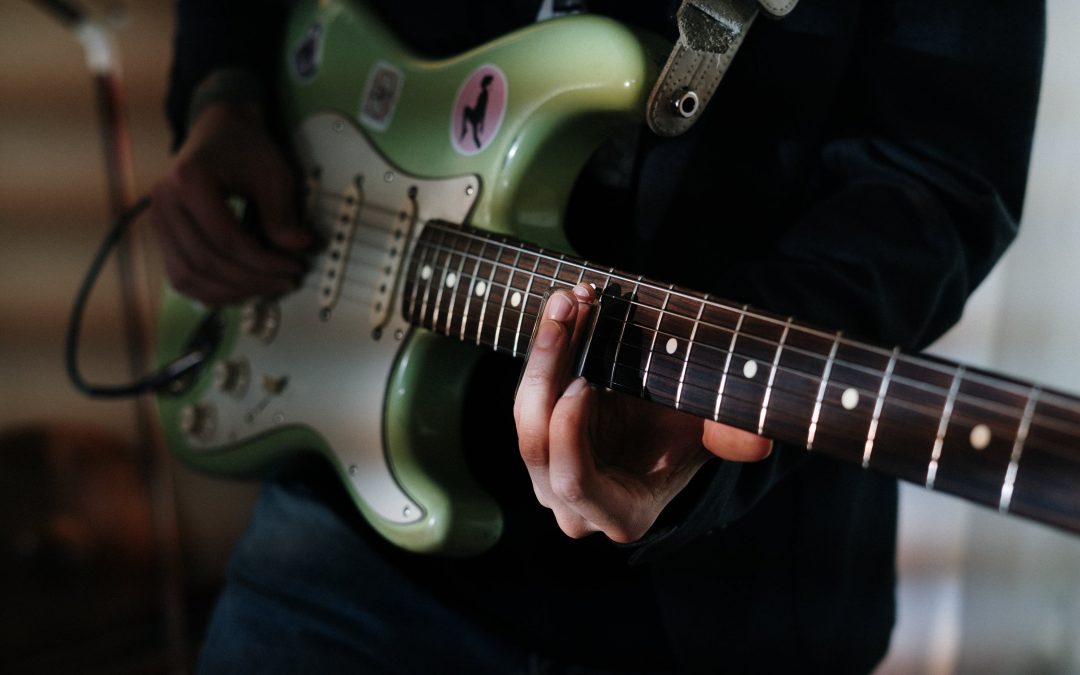 It’s safe to say that electric guitars are some of the most versatile and flexible instruments out there. You can do pretty much what you want with them, delivering an incredible variety of tones. But with such an instrument comes a responsibility – if you’re playing an electric guitar, you should know how to intonate it and set its string height. But should guitar strings be the same height?

Before we deliver any specific answers, bear in mind that it is impossible to have them all at the same exact height. After all, they’re (obviously) not the same thickness, so you can’t really pull that off.

Also, the issue of string action could be a bit tricky, although it’s far from an impossible task to set it by yourself. On the other hand, they should be roughly the same height in order to make the performance without any unwanted discomfort.

There’s also another thing to consider. An individual string height changes throughout the length of the neck. This is pretty much the case on any guitar, be it a budget-friendly or a professional one. Essentially, it’s just a trait of the electric guitar as an instrument.

Anyhow, we’re going to take a closer look at this issue and further discuss string action.

The Importance of String Action

The string action greatly impacts performance qualities, as well as your tone, dynamics of playing, and even intonation. Although low action is often considered as a “better” option, different string heights have their use. Additionally, it can also come down to personal preferences, sometimes even the size of hands and fingers.

When we mention “low action” or “low string height,” we usually refer to the height that’s below 1.5 mm (or 0.059 inches) for the high E string and 2.4 mm (or 0.094 inches) for the bottom E string. Of course, things can get way lower than this, depending on the guitar model that you’re playing.

It’s important to note that the string action is measured at the 12th fret. A specialized ruler that starts measuring from the very end should be placed on the top of the fret, and you measure the distance from the bottom of the string.

Low string action is often associated with virtuosic playing and it comes with a few advantages. The most important advantage is that it enables you to press the strings properly without wasting excessive energy. This not only allows you to play faster and cleaner, but it also helps you with legato (hammer-ons and pull-offs) and tapping techniques.

There are, however, some disadvantages as well. Firstly, low action can significantly increase fret buzz. Of course, the pickups don’t capture that fully as the buzz happens on the fretboard. But it can sometimes be noticeable and your guitar’s sustain can be greatly affected by it.

Another disadvantage of low string action is that string bending and even vibratos become trickier. You’ll have to be very careful not to catch other strings while bending one.

In some cases, if action is too low, it can completely ruin your intonation. This is usually the case with some low-end guitars, guitars that aren’t designed for ultra-low action, or just poorly set guitars.

However, contrary to popular beliefs, there are some advantages to higher string action. Most notably, you’re able to hit the strings harder without creating fret buzz. This can be a great thing for those who like to have more dynamic options, especially if they’re playing through vintage-oriented tube amps that are usually more sensitive to playing dynamics.

Well, this goes both for tube amps or very advanced digital amp modelers that can replicate these vintage tones and “natural” dynamic response. But this is a whole different topic which you can check out at this location.

Additionally, higher action allows strings to ring out more freely, ultimately affecting the tone and sustain. It just feels more “resonant” compared to lower action. And, obviously, there are far fewer issues with fret buzz if your guitar’s string action is higher.

But, of course, there are the infamous disadvantages of higher string action settings. Firstly, it takes much more energy to press on the strings if your instrument’s action is higher. This can greatly impact your playing speed and it will be much harder to make every note sound clean.

Another issue here is that it takes more time for fingers and strings to travel to the frets when pressed. Even though we’re talking about fractions of a second, this can sometimes make things challenging, especially when playing in higher fret areas.

Should Guitar Strings Be the Same Height?

So now that we’re somewhat familiar with string action, let’s get to the main point of this discussion. Should guitar strings be the same height?

The simplest answer is no. It’s technically impossible to have them all at the same height. However, it’s not that simple. We’re measuring height as the distance from fret wire to an individual string. All of the strings will differ significantly when measured this way.

But if we look at the top of the strings, there shouldn’t be a string that “pops out” or that’s significantly lower than the others. While the distance from the bottom of the string and the top of the fretboard will vary significantly, the strings should form a roughly straight line when observed from the top. It might seem a bit paradoxical, but It’s just an obvious thing when you factor in the difference in string thickness. 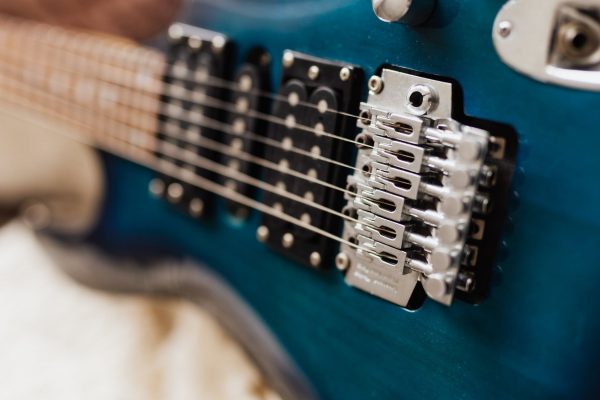 So from the perspective of your hands, it should feel all the same over the top of the strings. But if a specific string was too high or too low compared to the others, this would greatly impact your performance.

This would especially be problematic when playing with a slide since it rests completely flat when pressed against the strings. If one string is significantly lower, then you’d have a hard time reaching it compared to others, especially if it’s in the middle.

How to Set Up the String Height?

If you’re a guitar player and have at least one electric guitar, then you should at least be informed about how intonation and string height are handled. While you can take your guitar to a luthier or a tech to have it set up, knowing how to do it yourself gives you a different perspective on the instrument. Not to mention that it can actually save you money.

Now, the entire process would require a full guide here. Instead, we’ll just give some rough guidelines and you can move on from there.

For those who might not know, the so-called “truss rod” is an adjustable metal rod that goes through your guitar’s neck, all throughout its length. In most cases, the adjustable screw is located at the headstock. In almost all cases, it’s adjusted using a 1/8-inch hex key. Gibson guitars are one of the rare examples that require a specialized 5/16-inch wrench. You can check out what it looks like at this location.

If you turn the truss rod clockwise, it tightens up, and the neck bows backward. If you loosen it up, it bows towards the body. The neck should be almost straight, bowed just slightly towards the body.

The position of a truss rod affects the string action, but not in the same way across the fretboard. Nonetheless, it’s extremely important to have it in the right position so that the height is roughly “evened out” in all areas of the fretboard.

Then we have the bridge adjustment, which is a whole different topic. It depends on the type of the bridge, and the most common ones are:

No matter the type of bridge, you’re adjusting string height by moving the bridge itself up and down. Block-saddle and advanced “floating” bridges have height-adjustable saddles.

This is why tune-o-matic bridges can be trickier as you can only adjust string height by moving the bridge up or down. Saddles on them can only be moved horizontally which is for intonation and not height.