How to Get a Punchy Tom Sound When Playing? 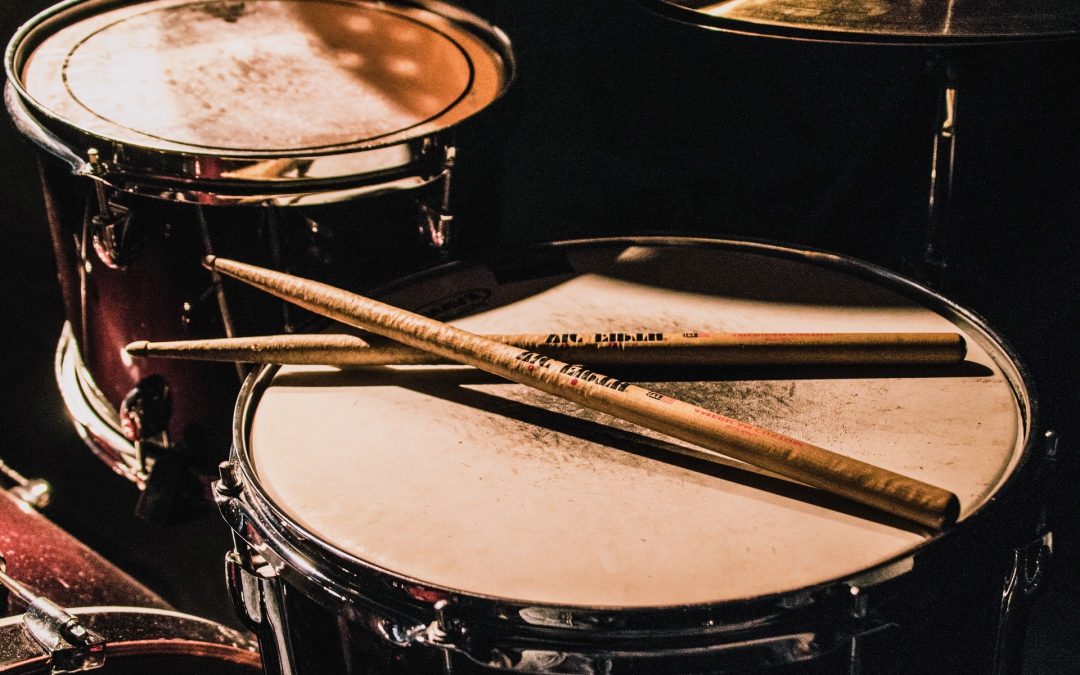 In order to decipher the title of today’s article, one must know some basic drumming terminology. For instance, do you know what a tom is? And what exactly does it mean to get a punchy tom sound? Also, why would anyone want to get whatever-it-is-that-we’re-talking-about? Needless to say, you’re about to find the answer to each of those questions!

Toms probably represent the most recognizable piece of drumming equipment. When one thinks about it, all items that fit inside the drumming-equipment category might hold the title of being the most recognizable. However, you’ll see why this particular piece is so special!

You’ll get your tom to sound punchy by loosening the top drum head; the bottoms should be just a tiny bit tighter, but nevertheless on the loose side. Also, you can try out muffling your drums. You’ll do that by covering your toms with towels or any similar material that will dampen the sound.

Try not to slip into the I’m-reading-just-the-preview mode, enjoy the whole thing!

What are toms? (and other useful info)

Before we venture deeper into our main subject for today (how to get a punchy tom sound), we think it might be best to consider some other questions first. What are toms? Why are they important? Is there anything a beginner drummer should know about them? Of course, this might sound silly to an experienced drummer, but there’s a chance not all of our readers have all the necessary info (not to mention: experience).

Toms (sometimes called tom-toms) are something you’d call an integral part of the drumming set; a tom drum’s a cylindrical drum without any snares. It was a novelty to the drum set at the beginning of the 20th century. Pretty soon, tom drums became a sine qua non of the basic drumming set. Also, you’d probably want to know that most tom drums vary in size between 6 and 20 inches (15 and 50 centimeters) in diameter. There’s an exception, though: you’re able to find floor toms that go as large as 24 inches (61 cm).

Here’s how you’ll recognize ’em in a second: toms (or tom-toms) are usually mounted above the bass drum. Either that or they’re suspended by legs.

What are the basic tom drum characteristics?

Let’s take a look at some of the basic attributes tom drums (or toms) possess:

That’s that! Of course, there are many things we’ve unintentionally forgotten to mention. Hopefully, we’ll (also unintentionally) fill in the blanks later on!

Why is a tom drum called a tom?

Now here’s some good ol’ trivia! One might wonder: why’s a tom drum called a tom? The thing is: tom-tom drums were named after the sound they’ve produced (and still produce). Also, that’s what the British colonists in Sri Lanka called the drums played by the Sinhala people. Some sources also tell that tom-toms were named after the Native American drumming style. Here’s what we know for a fact: near the beginning and in the early 20th century, imported-from-China drums without snares were actually called China Toms. Therefore, it’s not hard to imagine that toms were and still are the synonym for non-snare drums.

While most other types of drums don’t have a variable definite pitched – tom drums do! Also, some composers even write for them (as if they would for any other tuned instrument), demanding specific notes be played. You might wonder: how does one tune a tom drum? Well, you’ll just have to rotate the head of the tom drum.

Speaking of drums and tuning, here’s a neat article we’ve published a couple of days ago. In it, you’ll find everything there’s to know about the subject.

What are the 4 types of toms?

Last but not least, we’ll discuss different types of tom drums. We can differentiate between:

Okay, so now that you’ve read some basic info concerning this essential piece of drumming equipment, it’s time we consider the main question proposed by this article’s title: how to get a punchy tom sound when playing? Let’s begin! 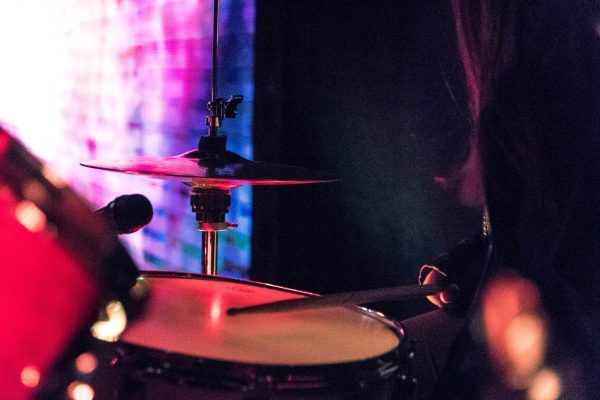 How to get a punchy tom sound when playing?

Since you’re reading these words, we reckon you want your toms to sound punchier when playing. If, for some reason, you came here in order to hear some advice on how to make your toms sound punchy when mixing, well… Don’t worry, we’ll talk about that, too!

First of all, let’s see how you can make your tom sound punchy when playing. Expert drummers would tell you one thing: simply go for a looser top drum head; the bottom should be just a tiny bit tighter, but still on the loose side. If you’re feeling a bit radical, simply tune them as low as possible (just above wrinkling or a bit higher than that).

Another thing you can try out is muffling your drums. Muffling’s equal to putting something over your drum head for a change in sound. Anyway, try to play your drums with towels over your toms. Here’s a bit of a downside: while playing like this, there will be almost zero sustain, so… Yeah, if you’re into the way drums naturally sound when hit, you might wanna skip this option.

Lastly, consider working thoroughly on your techniques. Here’s an expert drummer’s suggestion: give them toms more of a harder slap than a simple tap.

If you’re wondering whether your drums will sound better with age… Just click on the highlighted link already.

How to get a punchy tom sound when mixing?

Here is what you’ll wanna do if you want to get a punchy tom sound when mixing.

Possibly the best way to get the desired punchy sound through the use of EQ is to simply cut the middle frequencies. Once you’re done with that, find the complementary highs and lows. That sounds a bit too simple, right? Right. Let’s elaborate!

The next thing you’ll wanna do is to add some lows. Now, this part depends on the size of your toms. If you’re dealing with big floor toms, you’ll want them at 80-100 Hz. On the other hand, if you’re working with smaller toms, you’ll want to boost them tighter (at about 100-200 Hz).

Lastly, give your toms some more attack by boosting the higher frequencies at about 1.2-5 kHz. Just try not to overdo it, go as far as to compliment the aforementioned punchier lows.

The thing is: you want the attack of your toms to happen (come through) prior to the compressor clamping down on it. Now, if the toms attack too quickly, the initial transient will end up being consumed by the compressor. That being said, you’ll want to time the attack so that this won’t happen.

Next up, you should set the ratio to 6:1. By doing this, you’ll boost up the power of your trusty toms; the ratio’s not something you’d call extremely high, and there’s a good chance you won’t notice the famous sucking sound being the result of too much compression. However, it’s just enough to ensure your toms sound just the way you want them.

The last thing you’ll do in this segment is to put the threshold at around minus 20. Additionally, ensure that you’re compressing at the very least 6-10 dB on the peaks (and more, if possible).

Here’s what you’ll do at the end: add individual short reverbs to each of the toms. That way, you’ll give your toms that extra power, an extra punch that they rightly deserve. Once you’re done, you should enjoy a thick and creamy sound coming out of your studio speakers.

That’s about it, dear music-loving folks! If you were wondering how to get a punchy tom sound, we’re pretty sure that now you’re equipped with all the necessary info! For tips on drumming, drummers, drumming equipment, various techniques, and other drumming-related info, pay this page a visit.