How Do You Know if Your Truss Rod Is Broken?

There are many guitar maintenance issues one should pay close attention to. If you’re a beginner guitarist, just starting out your guitar-playing adventure, there’s a good chance you’ll want to find out how to know if your truss rod is broken. That’s exactly where we, here at Music Gear Heads, step inside the picture frame. In the article below, we’ll show you just how you’ll know if your truss rod is broken.

While we’re on the subject, do you even know what a truss rod is? Or: what does it do? What’s its function? You’re about to find an answer to each one of those questions since we’ll also mention some basic info concerning truss rods. Stay tuned!

If your truss rod is broken, you’ll notice that your truss rod wrench spins freely in both directions for more than a turn. Also, if you’ve heard a click sound once you were trying to adjust a truss rod, it might mean that it broke. Lastly, does your barrel nut spin freely? That’s also among the signs.

You know how they say: you can’t judge an article by its preview. That’s why you should read the whole thing!

What is a truss rod?

Before we get into specifics, let’s consider some elementary information related to truss rods. First things first, let’s define what truss rods are!

They say that a truss rod is one of the simplest parts of your favorite instrument. However, they add, it’s also one of the most important. Anyway, a truss rod represents a thin metal shaft that goes through the neck of your instrument all the way from the guitar nut to the heel, right to the place where the neck meets the body. Also, it’s located right under the fretboard and you’re able to access it via a small hole right behind the nut on most guitars you’ll find on the market. That hole is typically protected by a little piece of wood or plastic that’s held down by screws.

Since we’ve mentioned a guitar fretboard, here’s an article about replacing a 21-fret neck with 22-fret one. Anyway, now that we know what IS a truss rod, let’s see consider what it DOES!

What is the function of a truss rod?

The main role of the truss rod is to stabilize your neck against the string tension and this stands for both electric and acoustic instruments that use steel strings. Speaking of strings, here’s an article on whether extra light acoustic strings are any good. In other words: the function of the truss rod is to handle the string tension so that your guitar neck doesn’t bend from all that pressure. Also, in the most practical of terms, a truss rod is pretty crucial once a guitarist has to adjust the relief of the guitar neck in order to match your playing style. This, of course, doesn’t have to stand for all guitar players since there’s no correct setting for each one of them.

There’s a pretty common myth often associated with truss rods. It goes something like this: the main function of the truss rod is to set the action of a guitar. That, of course, isn’t the complete truth. Here’s why that’s so:

Also, if you were to try to correct a low neck angle by using your truss rod, there’s a chance you’ll overcompensate and end up “enjoying” some good ol’ fret buzz. Speaking of which, here’s an article about whether a nut can cause guitar buzz.

Now that we’ve defined truss rods and their function, let’s provide you with an answer to the main question for today: how do you know if your truss rod is broken? 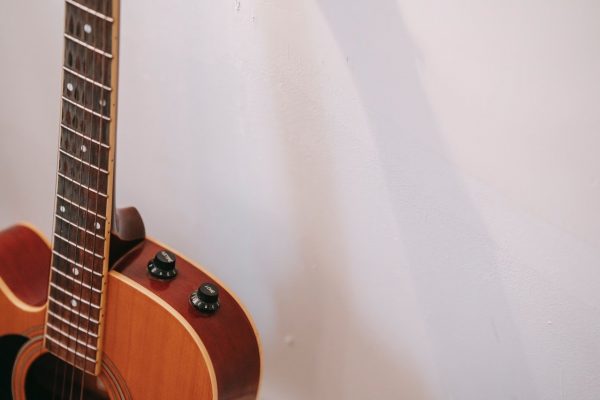 How do you know if your truss rod is broken?

There are a few things you should pay attention to before you take your guitar to a professional:

Now, some of you might think: wouldn’t a broken truss rod warp the whole neck? Well, it could, but it doesn’t have to be that way. It can actually stay straight, especially if it broke just recently. Also, it will depend on the way you’ve adjusted the truss rod before it broke. For instance, if your truss rod head has broken off, you won’t be able to adjust your truss rod, but it will keep your guitar neck in place (and here’s whether you should wax your guitar neck).

Okay, so that’s it on the whole how-to-notice-if-trust-rod-is-broken topic. Let’s consider some other issues associated with this integral guitar piece.

Can a broken truss rod be fixed?

Unfortunately, fixing a broken truss rod usually means replacing it with a new one. You’ll want to know that this replacement process includes peeling the fingerboard off, replacing the truss rod (well, obviously…), putting the fingerboard back on once more, re-leveling your guitar’s frets, and, lastly, refinishing your instrument’s neck to conceal all the harm that was done in the meantime. Yup, you’ve guessed, it’s a pretty expensive type of repair. Not to mention it’s pretty darn difficult to fix a broken truss rod.

Anyway, a broken truss rod replacement will cost you about $1000. Of course, the price will depend on who’s taking care of your truss rod. All in all: unless we’re not talking about a pretty valuable instrument here, you’re probably better off obtaining a new guitar.

Can you still play guitar with a broken truss rod?

There’s a good chance that your guitar won’t be playable after the truss rod ends up broken. That’s because most folks never set their necks totally straight since they share a common idea that a guitarist needs some relief. However, if you notice your instrument is playable even after the truss rod broke, there’s nothing stopping you from playing it until it becomes totally unplayable. A scenario that is, unfortunately, bound to happen.

Why is my truss rod hard to turn?

Once you begin adjusting the truss rod, there’s a chance you’d come to a point where it’s not that easy to turn it. Of course, keep in mind that you don’t have to be a world champion in lifting weights or something to turn the truss rod wrench. Most folks can easily do it, regardless of their strength. Therefore, if you’re having some trouble turning the rod, it might mean that it has reached its adjustment limit. Also, your truss rod can break because of the additional pressure you’ll put on the wrench.

Additionally, if your guitar’s a bit older and you haven’t played it for a long time, it might also show some resistance. Especially if the threads between the rod and the nut have corroded. If you’re doing any modifications to older guitars, it’s best you lubricate the nut first with graphite.

Here we’ll show you a list of other possible causes why your truss rod might be hard to turn:

Also, if you notice there’s no change in neck relief once you’re tightening the truss rod… Yeah, there’s a good chance you’ll need to seek help from a professional. That’s because a maxed-out truss rod might even compress the wood that’s behind the rod’s nut.

That’s about it, dear folks! If you were wondering how folks know whether a guitar truss rod is broken, now you have your answer. Hopefully, you’ve enjoyed the read and learned something new. For more guitar-playing tips and useful information associated with your favorite instrument, simply click right here.