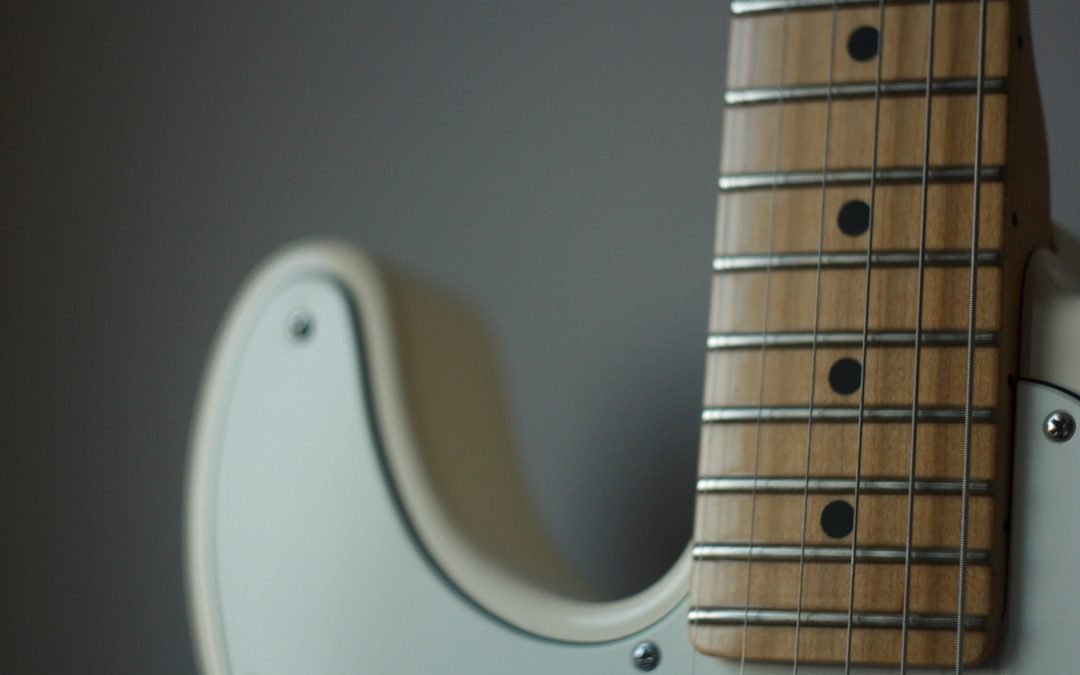 There comes a time in every guitarist’s life when they think about replacing their instrument’s neck. Therefore, one should assume that necks are swappable. Also, replacing your guitar neck is almost the same as buying a completely new instrument.

Speaking of most guitar models, it’s absolutely possible to replace a 21 fret neck with a 22 fret neck. Some necks possess the so-called fingerboard extensions since they were designed intentionally to fit this purpose. If you’ve noticed that little overhang on a 22 fret guitar neck, keep in mind that’s because these necks are made to be interchanged.

We’re sorry, but reading only the preview ain’t a good way to show off your manners. That’s, among other things, why you should absolutely read the rest of the article!

Before we dive deeper into the pool that’s our today’s main question, it might be good to consider some interesting info surrounding the topic of guitar frets. For instance, without that knowledge, we wouldn’t even know why the number of frets is so important to guitarists worldwide. Okay, so shall we begin?

Let’s introduce our readers to something you’d call a standard definition: a fret is a thin strip of material (metal wire should be your prime suspect) that’s placed along the neck of a particular stringed instrument (violin ain’t a fretted instrument, though). If we took a closer look at the way frets were made historically, we’d notice some of the instruments had frets that were actually tied around the neck.

Their function is to divide the neck of string instruments into segments. Frets mark the intervals inside the musical framework; each of them symbolizes one semitone in the so-called standard western musical system (one octave equals twelve semitones).

Also, we use the word fret often as a verb. It should represent the action of pressing down the string behind a fret. Lastly, if someone mentions fretting, it means that the person is referring to the frets and the way that they’re placed on the neck.

If you’re wondering how a person cleans a fretboard without the risk of causing damage, follow the highlighted text.

What is the purpose of a fret?

Okay, so we’ve already implied this earlier on, but frets make things a lot easier for guitarists. That’s because they mark the positions for the proper notes. Therefore, a fretted guitar neck’s much easier to play than a fretless one, no doubt about it.

How many frets are on a guitar?

It all depends on the type of guitar we’re talking about. For instance, classical guitar models have 19 frets. That also means that the guitar’s body meets the neck at the 12th fret. Classical guitarists that would want to play the upper frets will, of course, have to modify their picking hand position.

What about steel-stringed acoustic guitars? These models usually vary in the number of frets. Many of them possess 20 frets, but it’s not that unusual to see acoustic guitars with more. Just so they enable players to reach the upper frets, certain acoustic guitars have an indentation on the guitar body, a so-called cutaway.

Lastly, electric guitars are the champions when it comes to different fret numbers. They usually vary from 21 to 24. All in all: most guitars you’ll find on the market have between 19 and 24 frets.

Does the number of frets on a guitar matter?

For our last paragraph inside the intro section, let’s see just why would anyone want to go for this or that number of frets. In other words: why does the number of frets on a guitar matter so much?

Okay, so we’ll compare a 21 vs. 22 fret Fender Stratocaster neck in order to show you why a number of frets might matter:

Additionally, you’ll want to know that electric guitars with 22 frets are something you’d call an industry standard.

What about the differences in sound?

We’ll compare electric guitars with 22 and 24 frets here. That’s right, the number of frets will affect the sound that’s coming out of your guitar (just like colored strings would do). The reason behind this is mostly associated with the pickup placement. The thing is: on a 22 fret model, the bridge and neck pickup are far away from each other (further than on a 24 fret guitar). This, of course, should mean that the neck pickup’s nearer to the nut. That being said, a 22 fret guitar will sound warmer and more bassy than its 24 fret sibling.

Additionally, the length of the guitar neck’s also involved. For instance, the shorter neck of a 22 fret model will cause it to sound warmer and thicker, while a 24 fret one will produce a sound that’s more articulate. Okay, that’s enough when it comes to the intro section. It’s time we consider the main dish of the day: can you replace a 21 fret neck with a 22 fret neck? Stay tuned! 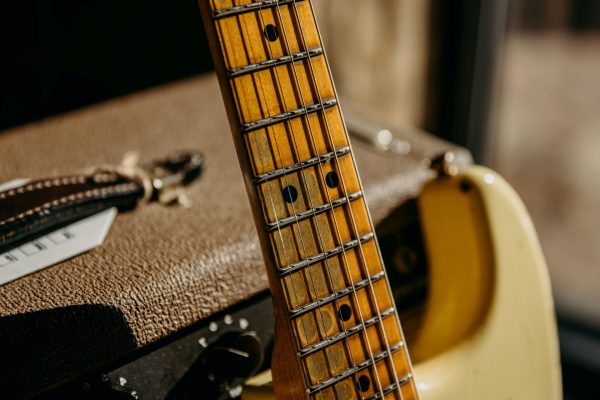 If you’re worried that our answer will be no, just don’t worry. That’s right, it’s possible to replace a 21 fret neck with a 22 fret neck. There are even some necks that possess the so-called fingerboard extensions and are designed intentionally for this purpose. If you’ve noticed the little overhang on the 22 fret guitar neck, know that it’s made because 21 and 22 fret necks are interchangeable (in most Strat and Tele-type models). However, some guitarists say that choosing a 22 fret over a 21 fret neck won’t do much of a difference and that jumping straight to 24 fret neck might be a better option.

Don’t believe us? Just take a quick glimpse over the differences between Strats that have 21 and 22 fret necks. The only thing you’ll notice is that 22 fret neck demands a little overhang. Also, the scale of the neck doesn’t differ at all (or it, at lastest, shouldn’t differ). Wondering how to compare neck scales? Simply measure the distances between the nut to the 12th fret on both guitar necks. If the distance is the same, that means that the two are compatible and replaceable.

Okay, now that we’ve covered the main question for today, let’s see if there’s anything we might want to mention additionally.

Why do people replace guitar necks?

Many folks choose to change their guitar necks at some point, regardless of their instrument’s age. Let’s see what makes them come to such a decision.

They’re dealing with a cracked or broken guitar neck

No matter how old your guitar is, all it takes is one accident to hurt your guitar neck. Okay, it’s not like you can’t repair a damaged neck (even in case it’s totally separated). However, the structural integrity of a guitar neck will never be the same again. That being said, it might be better to completely replace the entire guitar neck.

The neck’s all worn-out

The thing is: the ever-present action of the fretting fingers on your guitar neck will most probably cause a long-lasting effect on the material your neck’s made from (wood). However, this won’t affect the sound so much, as it will affect the appearance of your trusty instrument. If that’s something you value (some folks even like the worn-out, relic look), you’ll want to think about getting your neck replaced.

It’s safe to assume you already know that the neck affects the playability of your favorite instrument. For example, the profile will significantly influence the way you handle your trusty guitar and reach for the frets. Sometimes, a new neck might be your best option if you want to improve your guitar’s playability. Imagine you’ve got a phenomenal guitar with a not-so-phenomenal neck. Or: you’re sporting an old neck that you’re, well, just too used to. If the previous scenario sounds familiar, swap the guitar neck for a fresh change in experience.

Alright, folks, that’s about all there’s to learn about the can-you-replace-a-21-fret-neck-with-a-22-fret-neck topic. Hopefully, now you understand that it’s a completely doable process and the reasons why someone would likely go through it!