Can You Play a Dobro Like a Regular Guitar? 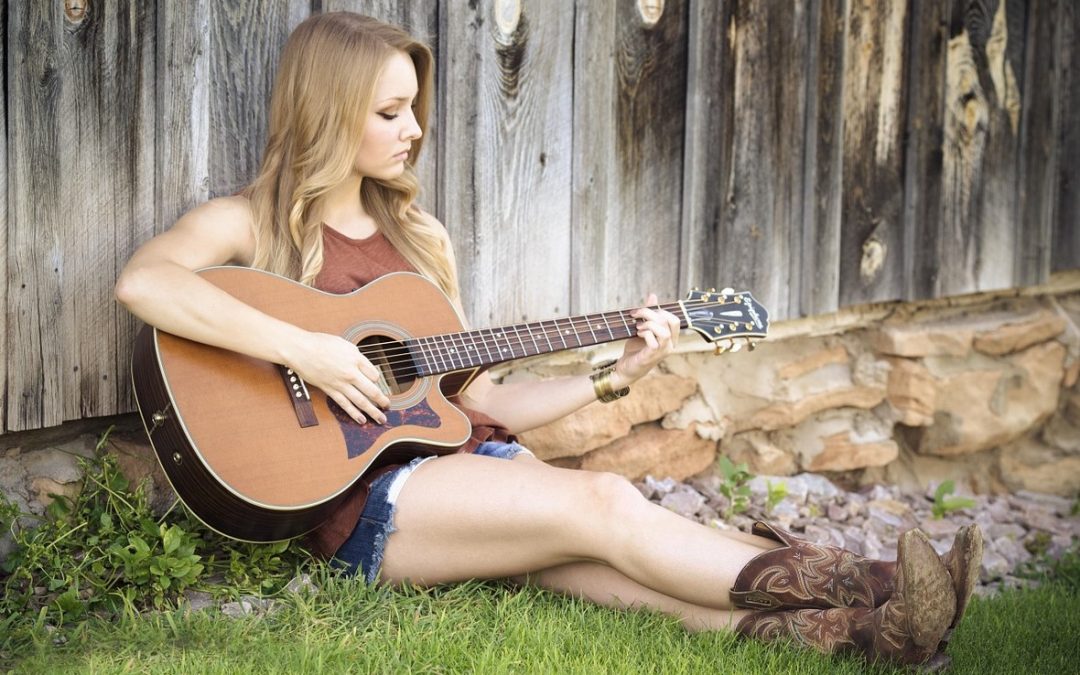 You may think that the guitar is a simple instrument. However, there’s so much more to it than you might imagine. For instance, have you ever got the chance to play dobro? Can you play dobro like a regular guitar? Is dobro even a guitar?

Well, you might get a bit baffled by this seemingly new instrument.

The main difference between the regular guitar and dobro is that the latter is supposed to be played with a slide. But there are a few things that we’ll need to sort out first before we answer your main question here. Yes, you can play some types of dobro like a regular guitar, but let’s explain how things actually are.

Clearing Things Up: What Is Actually Dobro?

Dobro is one of the most “misunderstood” instruments. In fact, the word “dobro” is a widely accepted generic term for any wooden-body resonator guitar with a single resonator cone. If you’re not familiar with resonator guitars, I suggest that you check out this guide first.

However, the term Dobro actually refers to a brand of resonator guitars. So if you hear someone using the term for the type of instrument, know that they’re technically wrong. At this moment, the Dobro brand is owned by Gibson and these instruments are made under their subsidiary Epiphone.

But to explain it fully, we need to go way back to the late 1920s. A Slovak-American luthier by the name of John Dopyera teamed up with George Beauchamp for this new invention. Back then, acoustic guitars were getting “lost” in the mix with live performing bands, orchestras, and ensembles. In fact, you couldn’t even make out any guitars with loud woodwind and brass instruments.

George Beauchamp needed louder guitars, so his and Dopyera’s solution was to create a metal resonator. Attached to a wooden guitar, it would amplify its volume, ultimately making it more audible. Additionally, these guitars had a much brighter tone, which helps them “cut” through the mix more easily. These instruments were first made by the National String Instrument Corporation, a company that Dopyera worked for.

Not long after this invention, Dopyera patented the resonator and started his own business under the name Dobro Manufacturing Company, along with two of his brothers and Vic Smith. For those who are interested in the name, “dobro” means “good” in Slovak and many other Slavic languages. Additionally, it’s a shorter word for “Dopyera brothers.”

The instrument that we know as dobro was actually the third type of resonator guitar, initially manufactured by National. What made it special is that it had a wooden body and a single metal resonator cone. Previous resonator guitars included the so-called “tricone” design, with three metal cones facing the inside of the instrument. Interestingly enough, these single-cone guitars were much louder and also cheaper to produce.

Dobro Is a Brand

As mentioned, one of the biggest misconceptions is that “Dobro” is actually a brand, not an instrument. The term “dobro” is a widely-used generic term for wooden-bodies single-cone resonator guitars. At the moment, the brand is owned by Gibson, but it changed possession many times since Dopyera founded the company back in the late 1920s.

At one point, National and Dobro merged into one company, with the Dopyera brothers holding both names. It was eventually acquired by Valco in the 1940s.

But if we’re talking about dobro as an instrument, it’s an umbrella term for all wooden-bodied resonator guitars with just one resonator cone. In this case, the exact brand and manufacturer don’t matter.

How Is Dobro Different Compared to a Resonator Guitar?

So with all this said, you may be wondering what are the differences between a dobro and a resonator guitar? Well, in simplest terms, there are none. Whether we’re talking about generic-term dobro or the brand Dobro, these are all technically resonator guitars. They have the same practical use and they’re both equipped with some type of resonating parts. That’s about it.

What separates this group of guitars is that they come with a wooden body and just one resonator. Some guitar players just prefer their type of tone, which can be warmer compared to metal-bodied resonator guitars.

Back in the late 1920s, National String Instrument Corporation applied for a single-cone resonator design. In their case, the cone faced the inside of the instrument. However, Dopyera switched things around and applied for a different variation of this resonator concept. It was still a single-cone design, but it was facing outwards.

But what made it really interesting is the aluminum “spider” design. There was an 8-legged construction over the resonator, with the bridge sitting on top of it. Each of these legs sits tightly on the cone’s perimeter.

These “spider” resonator cones are now present on both wooden and metal-bodied resonator guitars. They’re known for their distinct type of tone.

So can you play a dobro like a regular guitar? Well, there are a few important things to consider here. Firstly, there are two types of dobro guitars. These are:

Secondly, dobro, or a wooden resonator guitar, is mainly intended to be played with a slide. And, finally, these guitars most commonly implement different types of tunings. Sure, you can use the standard E, but any guitar played with a slide traditionally uses open tunings. This enables you to play a chord, or particular intervals made for building chords, just by using a slide.

If we’re talking about any type of resonator guitars, you’ll find that there are round-neck variants. Not to confuse you with too many details, these are like your regular necks on acoustic or electric guitars. Although mostly intended to be played with a slide, you can play round-neck dobro guitars like regular guitars. You’ll get that sharper resonating tone, but you’ll be able to utilize them in the standard tuning and use any fingerings that you’re used to.

Playing them with a slide might be the usual way to go. And the whole resonating construction is there to help you amplify the guitar’s output, which is extremely useful for slide players.

However, square-neck dobro guitars are a completely different story. Firstly, as the name suggests, these instruments have squared necks. Secondly, their action is much higher, making it pretty much impossible to press the strings against the frets.

Instead, these guitars are laid out horizontally and you’re supposed to use specialized metal bars to change the pitch of the strings. Technically, these metal bars work the same way as slides. They’re just specialized to be held with your fretting hand’s palm facing downwards.

So, in short, you cannot play a square-neck dobro as a regular guitar. You can give it a try, but there’s hardly any chance you’ll be able to make it sound remotely decent.

Is It Hard to Learn to Play a Dobro?

So even though these are guitars, dobros have a few of their own distinctions. Even if we’re talking about round-neck ones, they are mostly intended to be played using the slide technique. Then we’re presented with another question: is it hard to learn how to play a dobro?

Well, playing the slide technique is a completely different beast. Technically, we can say that it’s harder, especially if you’re a beginner or an intermediate guitar player. Using a slide is often tricky and comparable to conventional guitar playing. Instead of relying completely on the frets, you’ll have to develop a much better sense for pitch.

Additionally, a slide always stays perpendicular to the direction of the neck, meaning that it’s parallel to the frets. This is why most slide and lap steel guitar players prefer to go with different types of open tunings. Just put your slide over the strings on one fret, you’ve got yourself a major chord.

One of the biggest challenges, however, is getting the right pitch. Many beginners or intermediate players mess it up when they’re hovering the slide between two frets. However, in order to get the pitch right, you’ll have to hover exactly above the fret wire. Otherwise, you’d just sound flat, ultimately making things pretty messy.

Either way, it’s difficult to say whether dobro is “harder” compared to the regular guitar. Instead, it’s just a completely different approach to what you’re used to with the regular acoustic guitar.