How Did People Used to Tune Their Guitars? 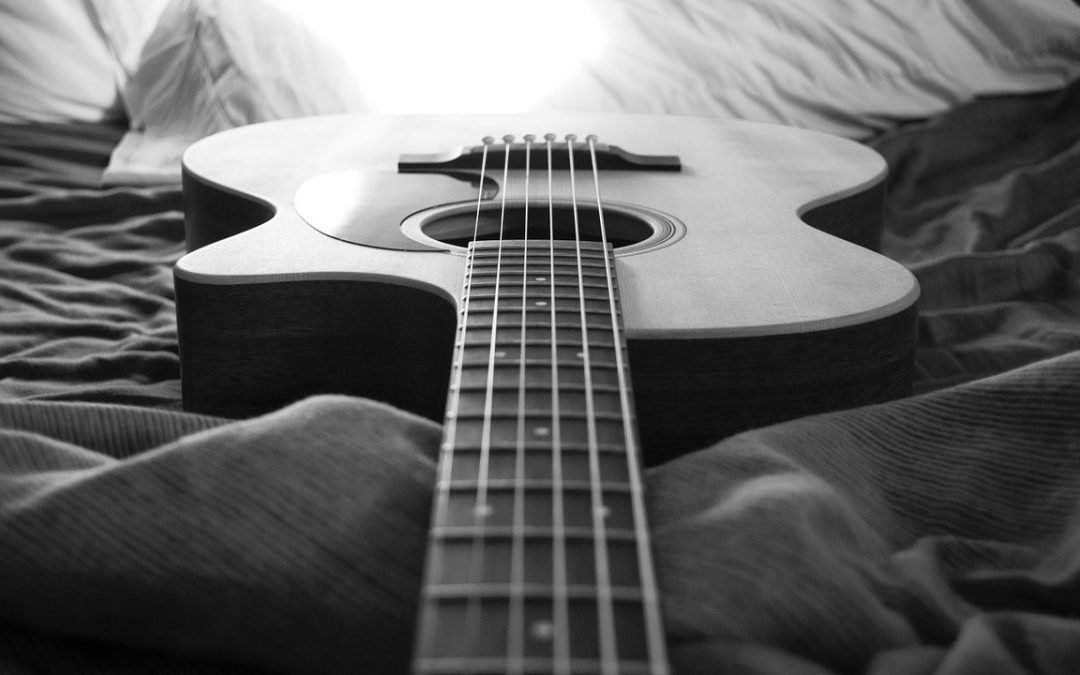 Aside from a gifted few who have perfect pitch, guitar players need a reference when tuning their instruments. And even the most stable electric or acoustic guitars need to be tuned once in a while. In almost all cases, we use an electric tuner. In some rarer cases, we will use an electronic instrument or samples to tune up to. But how did people used to tune their guitars before the invention of tuners? How did musicians deal with nylon strings that go out of tune easily?

It might seem like a weird question, but let’s get into this deeper. What seems like an ordinary everyday task is actually a privilege we take for granted. We have a standardized system that’s based on the A440 (aka the “Stuttgart pitch”) meaning that the A4 note is 440 Hz.

But then again, a Hertz is a unit defined by scientists. It’s 9192631770 periods of radiation corresponding to the transition between the two hyperfine levels of the ground state of the cesium-133 atom according to BPIM.org. The way we define frequencies and notes is actually all based on this principle. (Which automatically dismisses those A440 conspiracy narratives.)

Musicians before the invention of the strobe tuner in 1936 didn’t have electronic devices to help them tune their instruments. What’s more, the widespread of such tuners came much later. Thanks to math and tuning forks, musicians managed to keep their instruments in tune.

To fully understand this, you’d have to research the 12-tone equal temperament or 12 EDO. Since this topic can get too complicated and mathematical, I’ll just point out that this means that one octave is divided into 12 equal parts. 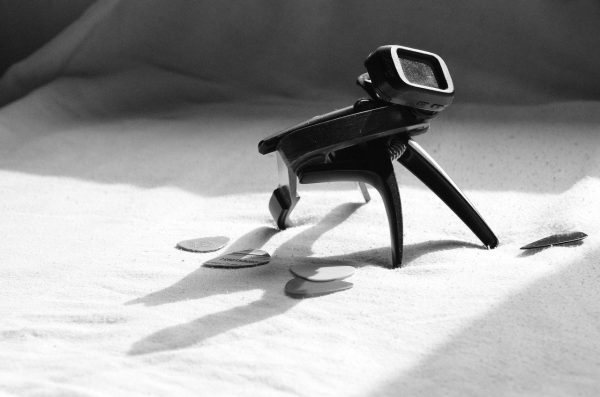 There are, however, other temperaments, although they’re not common. You’ll occasionally stumble upon 24 EDO, but there are also other examples. What’s more, some musicians like Julián Carrillo even used 96 EDO, although neighboring notes are barely distinguishable.

How People Used to Tune Guitars and Other Instruments

If we’re going step by step back in history, we’d first stumble upon the strobe tuner. The official info says that the concept was first introduced in 1936. And no, it’s nothing like those digital tuners that are sold as “strobe” tuners these days.

Real strobe tuners have a series of lamps or LED lights and a rotating disc. The rotating disc comes with a very peculiar series of patterns. Essentially, it is divided into multiple bands, each coming with a black-and-white pattern with different spacings.

So you plug the guitar and play an open string. The strobe lights flash at this frequency. Meanwhile, the disc rotates at the set speed, depending on the selected note.

The whole principle relies on an optical illusion. When your open string is out of tune, the disc seems to be moving. And the closer you get to the aimed frequency, the slower it moves. Finally, when you reach the frequency, it appears as if the pattern is completely still.

Even to this day, strobe tuners are the most precise ones. They have an accuracy of ± 0.02 cents. They were used by some of the famous guitar players from the 1950s to the 1980s, and they’re still in use today. However, they have always been very expensive, and they’re still only limited to strictly professional use.

Other Instruments as References

One of the most common ways to actually tune a guitar was to use a reference instrument. During the 20th century, this wasn’t that big of an issue as many could just tune to a piano. The piano, of course, was tuned to a tuning fork or a strobe tuner.

The problem, however, is that not all pianos were tuned. So you’d have various guitar-oriented bands playing in different tunings, even if it was just 10 cents up or down from one another.

It might sound weird, but the most important thing for musicians in the mid-20th century was to have one guitar in tune with itself. This is how many of them did it in the 1950s, the 1960s, and some even in the 1970s.

That’s Also How They Did It Centuries Ago

But it’s been a go-to method for centuries. If we were to go back to the 16th or the 17th century, people usually tuned to one instrument that was hard to tune and that would stay longer in tune.

Another thing to bear in mind is that musicians, or anyone else, didn’t really move a lot from the place where they live. There was a lack of communication in all fields, including music. Therefore, there wasn’t a worldwide consensus on what proper tuning is.

Actually, it wasn’t until 1955 that the International Organization for Standardization accepted the A440 pitch as the standard. Before that, the American Standards Association suggested it in 1936.

What’s really interesting is that there was an actual radio station in the US that played a 440 Hz sound two minutes after the turn of every hour. Introduced in 1936, this helped musicians, especially orchestral musicians, to keep their instruments in tune.

And that’s about it! Even with other tuning methods (to which we’ll get to), there weren’t any worldwide accepted standards.

If we were to go back even further back from 1936, there was also the French standard that set the A4 note at 435 Hz. Eventually, the Austrian government officially recommended the A=435 Hz pitch in the 1880s.

As far as guitars and other easily tunable instruments go, pipe tuners have also been very useful. As far as guitars go, we have a 6-pipe tuner with E, A, D, G, B, and high E notes. You can tune all 6 strings with it in the standard tuning.

There are even circular tuning devices with 13 pipes. These are essentially chromatic tuners, going through a full octave and allowing you to tune your guitar the way you want to.

The simplest pipe tuners come in the form of single-pipe devices. They’re usually tuned to E or A, but there are far less common these days.

Pipe tuners have been present for a very long time. Honestly, I can’t say for sure, but we can safely assume that this method was used for centuries.

However, this method still didn’t give exactly the most precise tuning. After all, you should still have a reference in order to tune the tuning pipes, right? And people needed to tune their instruments before we had physics developed as a science.

But if we’re talking about the modern form of the guitar which was popularized during the 20th century, pipe tuners have actually been very useful. Even though it was hard (and useful) to develop the sense of pitch and tune your strings according to a reference pipe, it was still a way better option than to tune after other instruments, which most likely weren’t in tune.

Probably the most important turn of events in the history of tuning was the invention of a tuning fork. Although it’s highly likely that some sort of a similar principle existed way before its invention, it’s the official consensus that the tuning for was invented by British musician John Shore in 1711.

The principle was pretty simple. This is a Y-shaped piece of metal that vibrates at a certain frequency when struck. Sometimes, they even come with an additional wooden box that amplified the sound. Otherwise, it’s usually recommended that you press them against a wooden object to get a louder sound.

The advantage of tuning forks is that the tone is very pure. The fundamental frequency is the strongest while the overtones are mild.

Tuning forks are used even today. They’re all mostly tuned to the A4 note or 440 Hz.

However, we get to the tricky question here. What tunes the tuning fork? How did people in the old days know to standardize this device so that musicians across Europe could tune their instruments?

The answer is simple: math. Essentially, there’s a formula that precisely determines the frequency according to the material density and the fork’s dimensions and shape.

As simple as it may seem, it was a pretty radical invention that brought changes to the world of music. Of course, as time went by, it became more and more precise. During the 19th century, they were regarded as one of the most precise measuring instruments and were used for physics research.

Tuning forks were used for an abundance of instruments, usually pianos. And if a piano is tuned precisely, then it serves as a good reference for other instruments, even guitars.