Why Are Some Guitarists So Arrogant? 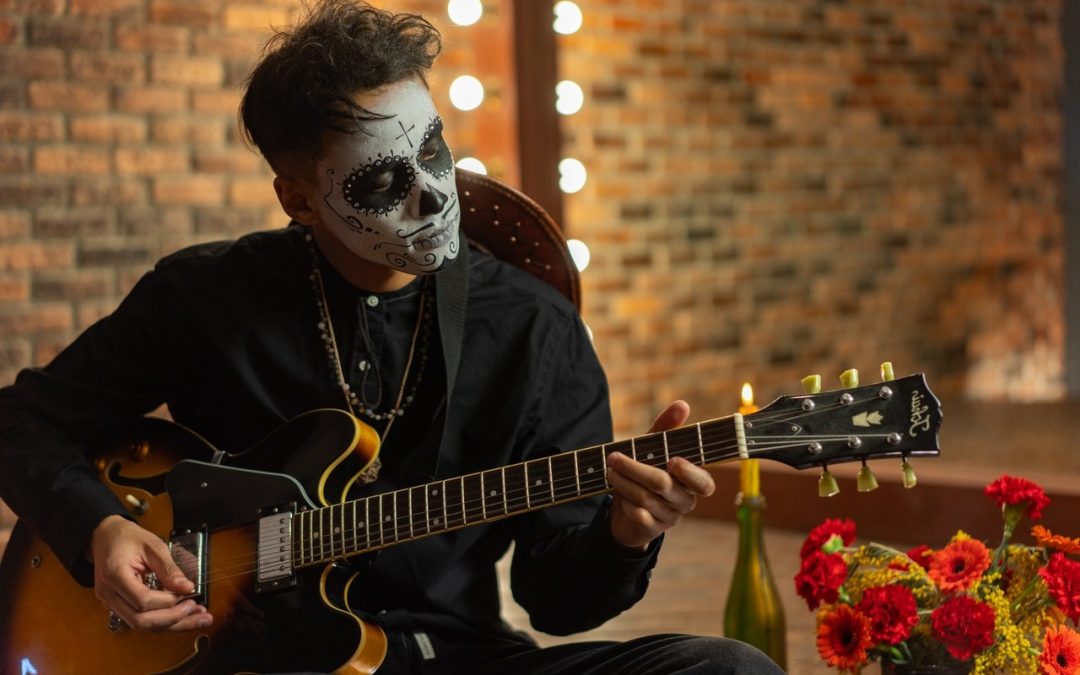 Is being good at playing guitar closely tied to arrogant behavior? Well, probably not! Still, if you were to check out online message boards, you’d easily find internet users wondering why this instrument causes some people to become so obnoxiously full of themselves. That’s why we’ll talk about this subject today and see if there’s an answer to this conundrum after all.

Also, we’ll take a guess and say that you’re very curious about tips & tricks on how to deal with arrogant people. Luckily, we’ll show you some of them towards the end of the article!

Some rock guitarists will act all arrogant and cocky because they think it’s a necessary part of the whole rockstar image. On the other side, jazz guitarists are braggy for different reasons. They’re mostly well-educated and they use that as a justification for having a top-down view of their surroundings.

Are guitarists the only musicians (or artists) notorious for being arrogant?

As you can probably guess, this theme might open up a whole lot of other questions. The first one might be concerned with how widespread is the whole artist-acting-arrogant issue. Is it limited only to people playing the guitar? Of course not! Artists of all kinds are well-known to act a bit over the top and too self-assured.

We’re certain you’ve met the type of folks we’ll be talking about today. Artists always spark interest in social situations, and they know it. Once they walk into the room the whole atmosphere is pretty darn prone to change. As we said, they’re very well aware of it and they use that attention to their advantage. That’s why some people like to stand in the corner of the room and secretly, but strongly dislike them. We’ve all been that person at least once.

What’s the deal with artists then?

Let’s take a more in-depth look at why contemporary society gives artists so much credit. Until the very end of the 19th century, the figure of a successful artist drowning in riches and compliments was still pretty rare, if not unknown. We all know the tale of Vincent Van Gogh selling only one painting in his short (but definitely not sweet) lifetime. While that might not be totally true (he sold a couple of paintings and drawings), the story tells us about the way society has treated artists. They never got to enjoy the fame they’ve gotten after their deaths.

Now, the paragraph above mightn’t give us the complete picture. Somehow, the musicians were respected more during their lifetime. Their art was performative, and there was no way to record them playing. For example, Niccolò Paganini, the Devil’s violinist, was an early-19th-century rockstar, according to musical history experts. Everywhere he went and performed, he caused mass interest.

The second part of the XX century was a good time for artists other than musicians. We’ve seen eccentrics like Dali conquer the globe with their fantastic art and sometimes scandalous behavior. Also, art turned out the be very profitable. It’s better that you don’t know the numbers, believe us! Anyway, the cases of some artists reaching stardom only after their deaths became almost extinct.

Beatlemania and its consequences

Do you remember those iconic videos where audience girls scream in trance in front of boys in suits and funny haircuts? One of them later told an interviewer that his band, The Beatles, are more popular than Jesus. While those words obviously and expectedly sparked mass outrage, they’re pretty on point and can be used to describe the modern phenomenon of musicians gaining an almost religious following, with numerous fans worldwide attributing god-like features to them.

That kind of popularity crushed some lives. Curt Cobain or Elliott Smith couldn’t handle the pressure and they, unfortunately, chose to end their lives. It’s only natural that the sudden jump from anonymity to stardom isn’t something you’d call normal. On the other hand, some musicians accepted their popularity like it was the most natural thing in the world. Those musicians (especially guitarists) will be our main focus for today. Let’s see why exactly some guitarists are so arrogant. 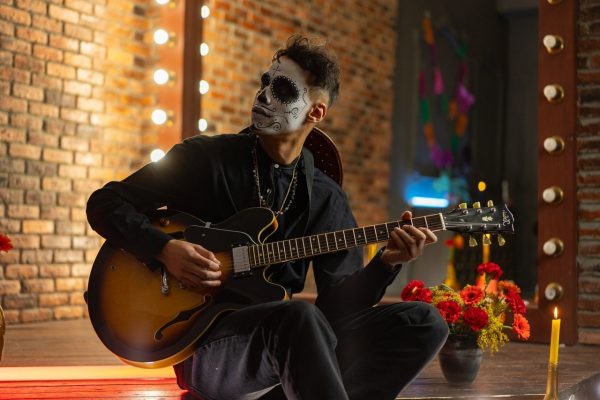 Why are some guitarists so arrogant?

So now that we’ve covered a little part of the history of how society treats its artists, let’s see why are some guitarists so arrogant. In other words: why some of them are prone to look at you from above.

We’ll take a guess and say your first association when you heard the syntagm arrogant guitarist was rock’n’roll. Being humble doesn’t really go along with your stereotypical (obnoxious) rockstar behavior. Even the birds in the trees know how a male rock guitarist should act. After the concert’s over (or before), he gets ridiculously drunk, snorts whatever he can find backstage, and brings as many groupies as he can to this afterparty. It’s really hard to imagine him being all nice and Gandhi-like, right?

Now, that’s just the image mass media has used a million times to bring the lives of celebrities closer to your couch via TV. Not every rock guitarist had or has to fit the ideal picture. You can’t picture Dave Grohl (commonly known as the nicest guy in rock’n’roll) getting into those wild shenanigans, right? To be completely honest, you can. Still, he’s the personification of the ideal of being a fantastic musician and a nice, humble person at the same time.

Unfortunately, some guitarists probably use this negative stereotype as an excuse to be blatantly arrogant and cocky. On the other side, it’s not so hard to notice when someone is trying too hard to adopt the rockstar lifestyle. When one is more concerned with the image, the music will most likely have to suffer. Like they say: you have to walk the talk.

To sum it up: some guitarists are so arrogant because they think it’s a good part of the idea of being a rock’n’roll musician. Of course, they’re absolutely missing the point. Most folks will say that the best musicians are the ones that aren’t constantly trying to send a self-destructive, self-centered message through both their music and image.

What about jazz guitarists?

Oh, that’s a whole other story. It’s not hard to imagine a jazz guitarist being perversely arrogant. Is the stereotype correct? Probably not. Surely, there are jazz guitarists that would look down on you just because you haven’t heard or seen this or that.

Compared to rock guitarists, jazz guitar players are more elitist. What’s even worse, some of them are pretty proud about having an elite/mass distinction mode installed in their brains. While rock guitarists tend to be savage and wild, jazz guitarists are not so openly braggy.

Also, an important factor to take into consideration is education. Jazz guitarists are mostly well-schooled musicians. They can use their diplomas to justify the arrogant, top-down attitude.

Bonus tips on how to handle arrogant people

As we promised in the beginning, we’ll offer you a selection of tips on how to deal with arrogant people, regardless of their musical taste or the instrument they play. Here they are:

By following these tips, you’ll place yourself in a position of power over the person causing you headaches with their arrogance.

Why are some guitarists so arrogant? – a sum up

Here at Music Gear Heads, we sometimes like to quickly summarize the articles we write. That being said, let’s check out what did we learn today.

Artists can act all arrogant and cocky because this society tolerates and even encourages that kind of behavior for that specific group. Also, acting like a douchebag towards everyone else is somehow a part of the whole rockstar image. We’re not saying jazz guitarists, for instance, can’t be cocky. Quite the contrary! Most of them are well-educated and some use that to justify looking at others from a certain height.

Now, once you meet these people, it’s important you remain calm, diplomatic, and nice. That’s your best weapon against arrogant people that bug the hell out of you.

Okay, people! That’s about it for this article on arrogant guitarists! We hope you’ve had fun reading about this wacky theme. For more guitar-related stuff, feel free to click right here.