Why Is Playing Guitar So Addictive? 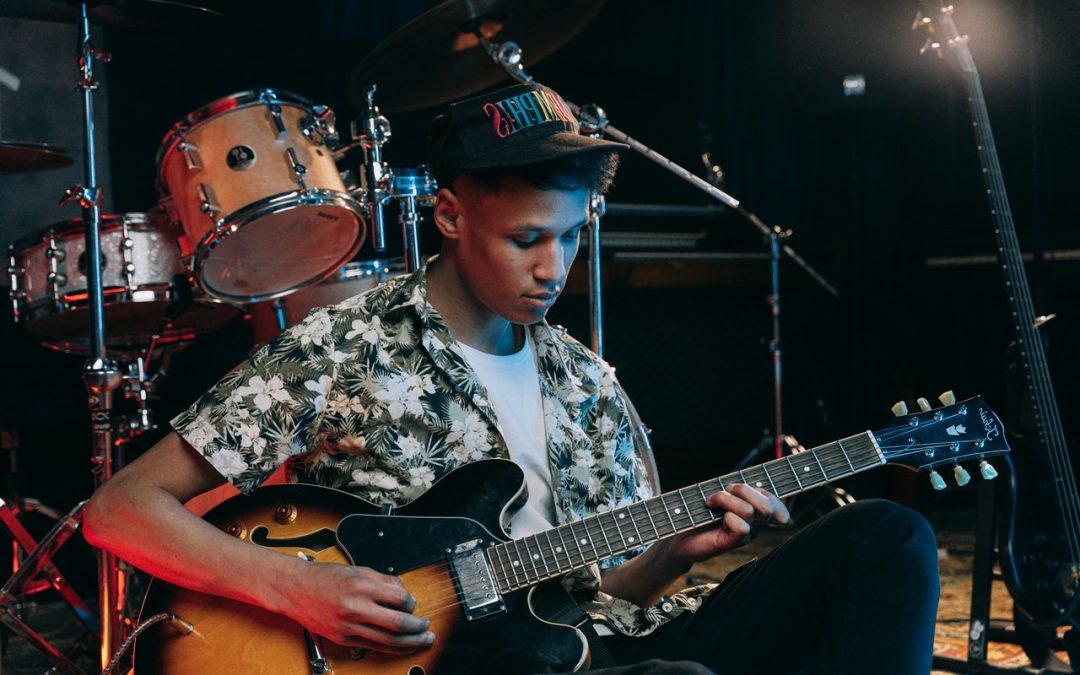 Have you been wondering why you can’t go anywhere without your guitar? Whether it’s a weekend getaway with a couple of friends or your little cousin’s birthday party – it doesn’t matter. What matters is that your favorite instrument’s always there to set the mood right. Now, there are good reasons why you can’t leave home without it (aside from making people around you happy by plucking flatwound strings).

Found yourself in the paragraph above? If so, we’ve got a lot to talk about. In the article you’ll find below, we’ll show you just why playing guitar is so addictive. It might be hard to transfer those feelings into text, but we’ll give it a shot!

Playing the guitar can be quite rewarding since you’re able to easily track your progress. Advancing through your songbook’s difficulty levels can be pretty addictive. Also, folks can be addicted to the reaction of their environment to their guitar playing. As long as you don’t neglect your responsibilities because of your passion, you’ll be just fine.

Wondering if there’s more from where that came from? Stay tuned!

The confessions of a guitar junkie

Of course, this was a paraphrase of the cult Thomas De Quincey’s novel about an opium-eater. While the two addictions can’t really stand any comparison, here we’ll show you just how does a guitar junkie feels when the need becomes too much of a thing to handle. Don’t worry, it won’t be about a person selling their furniture or informing on their friends or any other similar scenario one might expect. Our story is lightweight when compared to those awful tales.

Okay, so picture a recently-graduated college student. He’s got all the time in the world to do just about anything. Most importantly – to find a job and start paying off his student debt. Still, all he does is practice guitar all day. He might go out for a beer or two (or more) with friends, but that’s about it for non-guitar-related activities.

The days come and go.

He tries to go out for longer walks. Still, that doesn’t help him at all. Instead of coming up with simple metaphysical truths, all he does is imagine playing Pantera’s Cowboys from hell opening riff for as long as eternity. His palms sweat, and he rushes in a panic to his parent’s basement. Once the guitar’s plugged into the amp, the whole world turns into a giant cozy womb.

When he starts to feel a little worried about his mental health, he posts a thread on a guitar forum expressing his guilt about not doing anything except playing guitar. His fellow guitar enthusiasts unanimously think he’s overreacting. He gets his thoughts in order and does nothing about his habit except maybe practice some more.

After a while, a local band on its way to stardom needs a new guitarist. Our hero goes to the audition. Needless to say, he impresses the gang and they welcome him as the new band member. Once the first album’s out, he says his student debt goodbye.

…and the band lived happily ever after. The end.

Well, this one’s a bit pessimistic. There’s no local band on the rise to stardom. Additionally, there’s no saying goodbye to our hero’s student debt. His mom and pop stand on the top of the basement stairs with arms placed on their waists. It’s about time he finds a job, they say.

We’ve got no idea what happened to him afterward. Hopefully, he finds enough time to support his addiction and he’s alive and well.

That’s about it for this (warning) short story with two endings that really have no deeper meaning. The focus was on the magical powers of the instrument known as the guitar. Anyway, let’s check out where do its “supernatural” qualities come from. 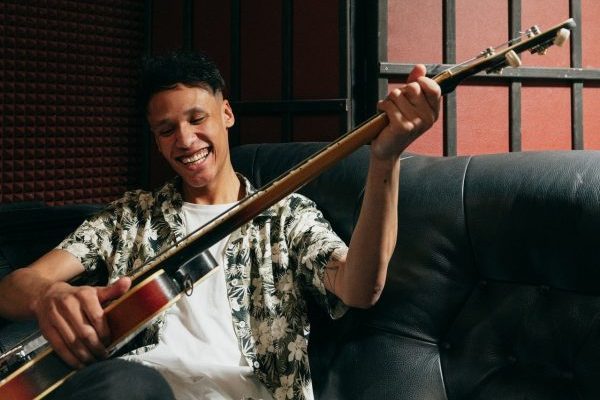 Why is playing guitar so addictive?

There are a couple of ways to answer the question proposed by the title. Luckily, we’ll introduce you to them all. Here’s why playing this wonderful instrument occupies the lives of many people, and why will it continue to do so in the future.

First things first, let’s mention the obvious. Playing guitar is quite rewarding. You’re able to track your progress pretty easily. It’s not like you’re unable to see that you’re getting pretty good at it. That can only motivate you to practice even more.

After a while, you’ll be able to tackle more difficult songs. Also, your newly-acquired skills will rarely go unnoticed. Whether it’s your band members or a special someone you’re trying to impress – it’s the same: the end result can’t be negative.

Lastly, if you’re playing in a band – you’ve got all the motivation in the world to make it big, or, alternatively, earn a small but dedicated following. It mightn’t be just the guitar you’re addicted to. The consequences of your passion count, too!

Wait, is it really an addiction we’re talking about here?

That’s a good question. As mentioned in the beginning, we surely don’t want to compare this addiction to other, more serious, and challenging addictions. Although, there are some similarities. We’re certain one can be pathologically addicted to playing guitar. Let’s give an example.

For instance, if because of the instrument, you start to avoid spending time with your spouse, friends, relatives, or even – kids, this addiction to playing guitar can’t really be considered fun anymore. There won’t be any quotation-marks hand gestures when someone mentions your addiction. In other words: that might mean you’ve got a serious problem.

Fortunately, cases of severe guitar addiction aren’t really a thing anywhere in the world. People are mostly addicted to playing guitar in a pretty benign way. That’s why we’ll continue talking about the positive sides of this phenomenon.

This one’s also pretty darn obvious. It’s the sound of the guitar that melts the ears of many music enthusiasts all over the globe. Remember the first time you’ve heard AC/DC or the first time you played the so-called forbidden riff (Stairway to heaven)? The sound of the guitar is deeply connected with our most personal memories. Not to mention the way certain tones can affect our feelings.

It’s safe to assume we all know how music is a powerful tool for expressing certain feelings and thoughts. For instance, just try to remember your first songwriting experiment. The way people reacted to your first song. We can guess you’ve understood that sometimes words aren’t the best communication channel out there. To be completely honest, they always function better when they’re backed by music.

It would be stupid not to mention the image that goes along with playing the guitar. As we said, it might be the consequences of your guitar playing that you’re addicted to. In other words: there’s nothing cooler than sporting a guitar case on your way to a rehearsal. Of course, image is nothing if you can’t support it with your awesome playing skills. So, yeah, we couldn’t have forgotten to add the cool image that is a sine qua non of guitar playing, to this addictive potion.

Bonus round: How much guitar practice is enough?

Since we’re nearing the southern margin of the article, it’s time to reward you with an additional section of tips. The main question here is: how much should you practice your guitar?

There are stories about how certain guitar legends (like John Frusciante) used to practice for more than 10 hours a day. Should you follow in their footsteps? Well, it’s hard to say but the answer’s closer to no. Experts say that you should practice for at least 15 minutes a day. Of course, if you want some results soon – you’ll need to invest more of your free time daily. Still, don’t forget to take breaks every 20 minutes or so, as you don’t want to overdo it and exhaust or even hurt yourself (it will get you nowhere).

Why is playing guitar so addictive? – recap

Okay, so let’s do a summary of all the things we’ve mentioned today. So, why is guitar playing so darn addictive?

Also, we’ve mentioned this addiction isn’t really a heavy one (with rather awful consequences). As long as you’re not neglecting your surroundings because of your passion, you’ll be totally fine.

Okay, so that’s about it, guitar-loving folks! Hope you’ve had a fun time reading this one! For more guitar-related tips, visit this page.