Why Are Guitar Strings in That Order? 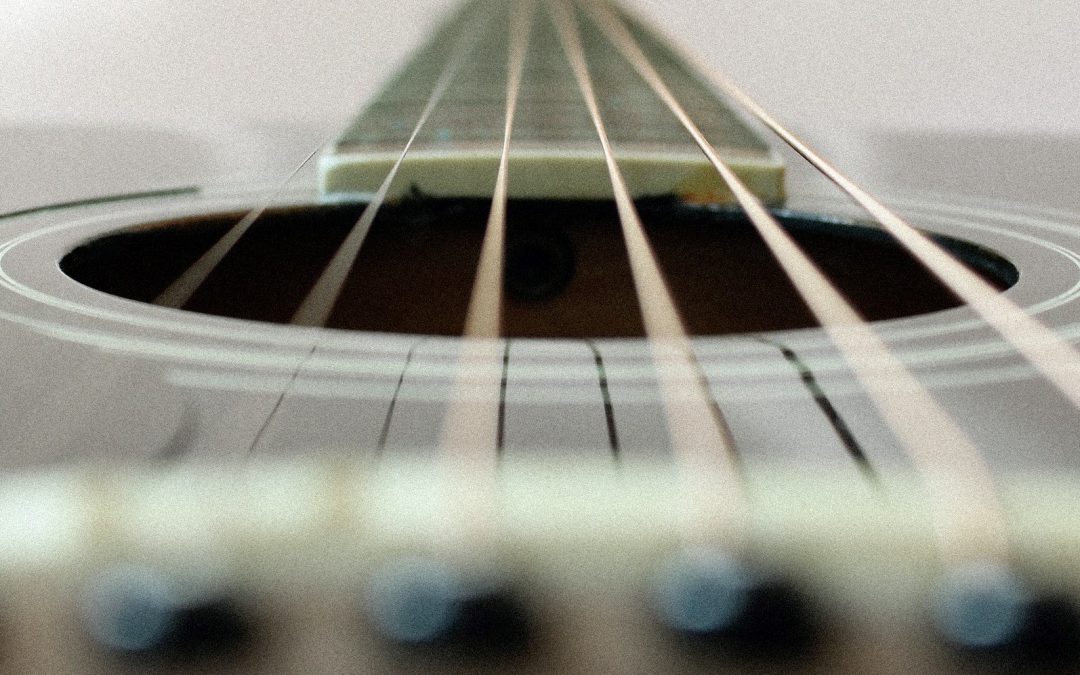 One of the most common questions you’ll see beginner guitarists ask their guitar teachers reads the following: why are guitar strings in that order? To phrase it differently: who, why, and when standardized the six-string guitar? If you’re curious about finding an answer to these two questions, you’re in luck. In the article you’re about to read, we’ll show you everything there’s to know about the subject in question.

Also, don’t think we won’t talk a bit outside of the box. Here, at Music Gear Heads, you’re pretty much used to receiving extra info that engulfs the main topic of each article. Without further ado, let’s see why are guitar strings in that order!

This order of guitar strings (EADGBE) is the sole possible group of notes that form a system in which all the notes of the so-called natural tones (the key C) are dispersed between your trusty instrument’s open strings and the eleventh fret in a group of symmetrical sequences.

You’ll never find the true meaning of EADGBE by solely reading the preview. That being said, feel free to delve deeper into today’s subject matter!

What is the order of strings on a guitar?

Before we begin the discussion on why guitar strings have this particular order, it’s alright to elaborate a bit on the EADGBE. What exactly does this acronym (if it’s an acronym at all) stands for. In other words: which letter matches which string? Here’s our answer: aligned from last to first or the thickest to thinnest, guitar strings will form the following order:

Of course, we’re talking here about the most recognizable six-string guitar model. Yup, a regular/typical/usual guitar model has six strings. Each one of them has a different thickness. As we’ve already said, the one we’ve counted as the sixth one is the thickest. Also, you’ll want to know that the first and second strings are the so-called plain strings. In other words: they’re bare steel strings. From the third to the sixth one, strings are wound with metal.

If you’re wondering why guitar strings are so long, please click right here.

In what order to tune guitar strings?

Okay, so now we know how the strings are placed on your guitar’s neck, but is there an order in which you should tune them?

The order we’ve given you above, the EADGBE standard, is also the order in which you should tune your trusty guitar strings. That’s right, you’ll want to begin tuning your guitar from the thickest, lowest-pitched string, the one that’s the closest one to the top of your guitar neck. There are two options you’ve got when it comes to tuning your favorite instrument.

Before showing you that pair of options, you might want to check this one on whether guitar strings should be the same height.

Tuning by using an electric tuner

This one’s clearly the easier option of the two. Instead of relying on your ears, you’ll just have to take a look at how your tuner has read and interpreted the sound you’ve made by plucking a certain string. It’s that easy: simply turn on your electric tuner and strum your string. In just about a few seconds, it’ll tell you whether or not your instrument’s in tune.

While we’re on the topic of e-tuners, here’s an article about practicing your violin with a tuner.

Needless to mention, this one’s a bit trickier. First of all, you’ll want to tune your sixth string to low E. If you haven’t learned this pitch, simply go online to find some samples of a low E. Also, if you’re playing with friends, let them tune their instruments, then tune your guitar to match their tune.

Next up, pluck the tuned string (low E) with your plucking arm while pressing the string with your other hand at the fifth fret away from the headstock (that’s also how we count frets). The sound you’ll get by doing this should be the sound of your fifth string (A). Turn the second tuning peg until you get the correct tone. Speaking of frets a second earlier, we forgot to show you this piece on stainless steel frets.

Once you’ve done that, play the A string at the 5th fret to find the right tone for your D string. Next, play the D string on the 5th fret to find the correct tone for your G string (please, no insinuations). Once you’ve taken care of your G string (oh, not again…), you’ll want to tune your B string. You’ll do this by playing the G string at the 4th fret instead of the 5th.

All that’s left is to tune your high E string. Simply play the B string on the fifth fret to find the correct tone for your high E. That’s all there’s to it. Written everything down? Good. Let’s continue!

Why can’t I memorize the order of guitar strings?

The order of your guitar strings is most easily learned by coming up with a sentence in which the first letter of each word will represent a single guitar string. Let’s provide you with some examples:

Or our all-time favorite:

There you have it! We’re pretty sure that your days of having issues with memorizing the order of your guitar strings are luckily over. Now that we’ve gone through this introductory section, it might be good to consider the question that influenced the creation of this text: why are guitar strings in that order? 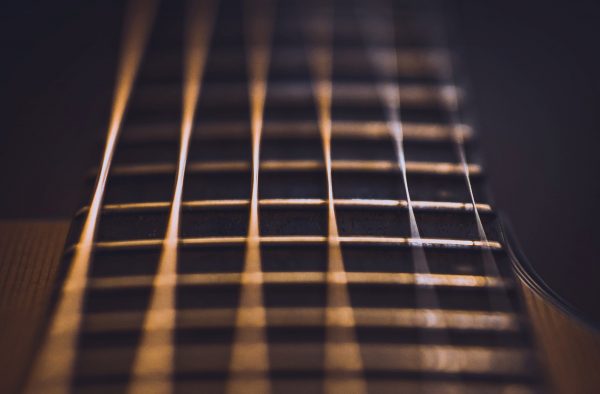 Why are guitar strings in that order?

Here we’ll introduce you to the little story of the EADGBE! In it, you’ll find your answer to the question: why are guitar strings in that order? First things first, you’ll want to know that a satisfactory answer doesn’t really exist. However, we’ve asked some experts in order to find one that we can put forward.

So, let’s begin! You’ll want to know (and you might already know) that most string instruments in the western musical tradition are tuned to 4ths and 5ths. Now, why’s that so? It’s because the fourth and the fifth intervals are basically the backbone of harmony. Now, you might wonder: okay, but what about the curious fact that the interval between the G and B is a major 3rd? That’s because that is a complete necessity if we want both the bottom and the top strings of a guitar to be the same note. In other words: that curiosity makes barre chords playable.

Anyway, folks we’ve interviewed for this, tell us that that same order of notes EADGBE is the sole possible group of notes that create a system in which all the notes of the C key (the so-called natural tones) are dispersed between the open strings and 11th fret in a group of symmetrical sequences.

Other benefits of EADGBE tuning

Okay, so now that we’ve figured out what’s the most important benefit of this kind of tuning, let’s consider other benefits standard tuning has to offer. Since folks continue to use this method of tuning, there must be something to it.

Here’s the thing: this way of tuning is designed to form a balance between playing your scales and playing chords. When you’re playing your scales and melodies, the repetitive system of all-fourths and all-fifths will assist you greatly – it will make you better visualize them. However, this issue here is that this kind of system will make a large and awkward stretch for your stiff little fingers (remember that band?) once you’re playing chords. And that’s where the major 3rd between your G and B steps into action.

Let’s say, for instance, that your guitar used a real all-fourths system and it went like this EADGCF. Needless to say, that would mean you’d have a minor 2nd interval between your high and low string and such a scenario would make you unable to play barre chords, as we’ve already mentioned. That’s because you’d always have to compensate in order to find a way around voicing that 2nd interval. That, of course, tends never to sound any good.

Okay, folks, that’s about it on the story of why guitar strings are in that order! We hope you’ve enjoyed this one and that it has helped you understand an important lesson from the western musical tradition. For more tips on playing your favorite instrument, follow this link.