Why Is My E String So Twangy? 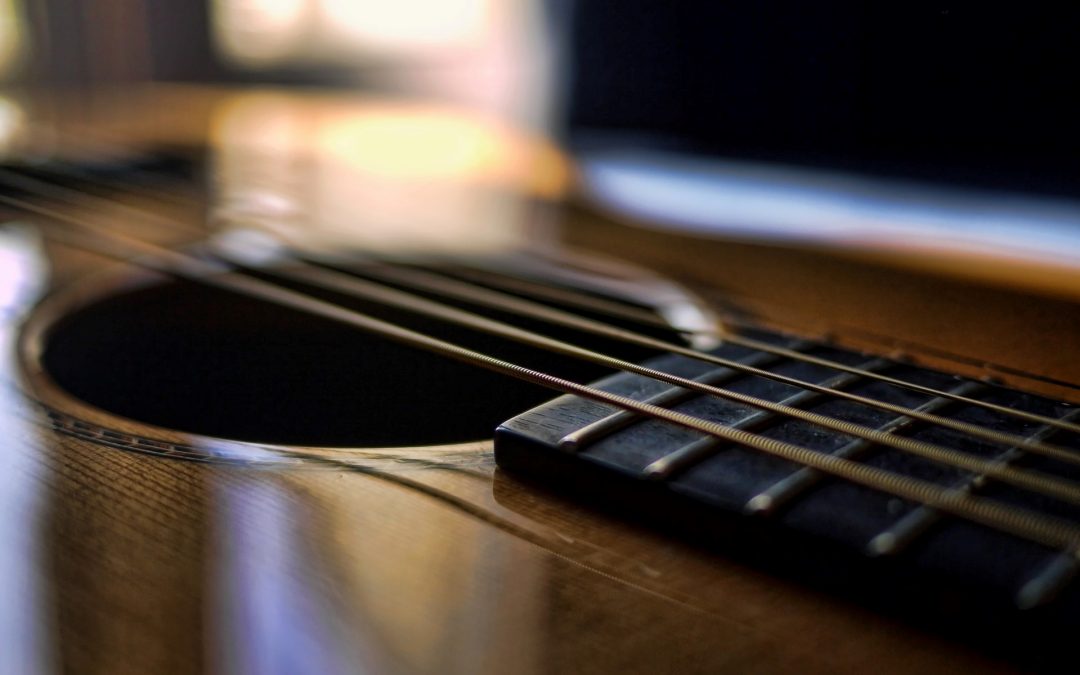 That’s right, recently we’ve talked about why are Strats so twangy. Today, we’ll once again cover the issue of twangy tone coming out of your favorite instrument. If you’ve noticed that your E string sounds a bit like a sitar, there’s a good chance the problem has led you directly to this article. Needless to say, we’ll try to help you uncover the truth behind the why-is-my-E-string-so-twangy issue!

Okay, so what’s the deal here? What E string are we talking about? There are two E’s in the famous EADGBE order, so what gives? Don’t worry, you’ll find out everything that you need to know in a matter of moments. Stay tuned for some useful info!

Your high E string giving off a really twangy tone might mean you’re dealing with a damaged, worn-out nut groove. If the twanginess is associated with your low E string it could be because it’s rubbing against the fret or the pick-up. Also, you might be strumming way too close to the neck side of your bridge humbucker.

You’ll never de-twang your E string by reading only the snippet above. Read the whole thing you’ll find below!

What E string are we talking about?

Before we tell just why your E string might sound twangy, there’s something we’ll have to get out of the way: in today’s article, we’ll talk about both the high and low E string. That’s right, we’ll show you the reasons behind both scenarios. However, we’ll first try to answer some of the most popular questions associated with the E string (both high and low). Stick around!

How do I stop my E string from buzzing?

We’re sure that string buzzing might be one of the most irritating, if not the most irritating issue of them all. Also, this issue is pretty common hence its irritability. Anyway, the so-called buzz happens once a string vibrates against a fret on your guitar neck (instead of, of course, vibrating over it). Let’s see just what could be causing your strings to buzz! Here are the 5 possible reasons we’ve gathered in one place:

So, yeah, let’s conclude: you’ll stop your E string from buzzing by trying not to hit it way too hard or too mellow, or by fretting the note at the correct spot. I that doesn’t solve the issue, take your instrument to a professional.

Why does my E string sound different?

Let’s say you’ve noticed that your high E string sounds really weird. That’s probably the reason why you’ve ended up here. Anyway, once you press it on the first fret, the tone you get is as if you’ve played it open. Also, once you’ve pressed it on the second fret, you get the correct first fret sound, and so on, you get the point. If this has happened to you before, here are possible reasons behind that situation.

Your guitar might have the so-called zero fret. Not many guitar models have this, it’s a fret that’s used in place of a typical guitar string nut which you might’ve wrongly accused of being the first fret.

Another reason why the above scenario happened might lie in the fact that your E string has slipped out of the nut. Or it might be due to the groove in the nut being cut too deep. Not to mention that a steel E string itself might be able to cut the groove.

Lastly, your guitar nut might’ve cracked with the string slipping into the crack.

Alright, not that we’ve seen the possible reasons behind your E string sounding a bit strange, let’s check out the main issue this article has to tackle: why is my E string so twangy? 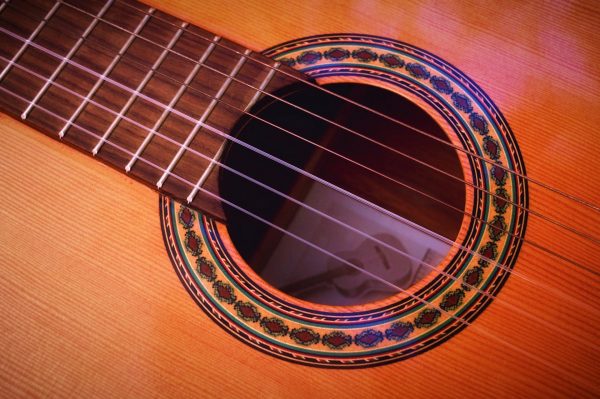 Why is my E string so twangy?

We’ll split this section into two parts, as we’ve announced earlier, since, you know, there are two E’s in the EADGBE (to see why are guitar strings placed in that order, read this article). That being said, let’s consider the first segment!

Why is my high E string so twangy?

So, you’ve noticed that suddenly your high E string started sounding a bit twangy, that it gave off this real thing twangy tone? Especially if you’re strumming it open? Your first thought is to change the string, of course. There, you’ve replaced it and nothing has changed, so now what?

There’s a good chance you’d want to look in the direction of your guitar nut. Here’s why: if you’ve noticed that your high E string gives off a real twangy tone, it might’ve been caused by a damaged, worn-out guitar nut groove. Therefore, you’ll want to somehow repair that damage. We’ve got two suggestions on how you should go about the process to show you:

Now that we’ve got that covered, let’s consider the second segment.

Why is my low E string so twangy?

Okay, so what if your high E isn’t really the problem, and it’s your low E that recently became notorious for its twanginess (a word we’re quite used to, here at Music Gear Heads). Anyway, you’ve noticed your low E string’s a bit twangy, and you’re wondering what’s causing the irritating tone. Let’s just where you should angrily point your guitar player’s finger!

Low E string twanginess can be a result of various issues:

If the first three aren’t the case, the fourth one might be it. That being said, you’ll just have to wait out a bit for the twanginess to go away. Now, let’s see if there are other issues related to the main subject that we can tackle!

How do you make a guitar sound twangy?

While some folks don’t like the so-called twanginess, there are guitar players out there that want their instrument to sound twangy. You’ll want to know that twangy tones were a pretty common thing among the classic country music players until the whole genre went a bit into rock’n’roll thus giving birth to country rock. Anyway, if you’re a guitarist trying to revive those golden years, here are a couple of suggestions on how to make your favorite instrument sound twangy!

First things first, you’ll want to begin with mounting brass strings (80/20 alloy). What about an amplifier? Well, most folks say that nothing else will give you the famous twang like a Fender Twin Reverb amplifier. It’s the option you should consider since the tank runs almost the whole length of the cabinet; we’re talking about two 12-inch speaker lengths of pure magic.

Additionally, using excessive amounts of digital delay might help you reach the twang. Lastly, even though it will sound a bit weird, the building you’re playing in will also have some influence on the twanginess. Your living room ain’t an ideal place to play your guitar if you want to enjoy some twang.

Final thoughts on the matter

Guess that’s about all there’s to say on the subject of why-is-my-e-string-so-twangy-and-related-info. We hope that you’ve enjoyed reading this one, besides, of course, learning a thing or two about the so-called twang and how to avoid or create it. Anyway, if you’re on the lookout for other guitar-related information and tips, don’t hesitate to visit our blog page dedicated to this amazing instrument.