Why Does Scott Devine Play With Gloves? 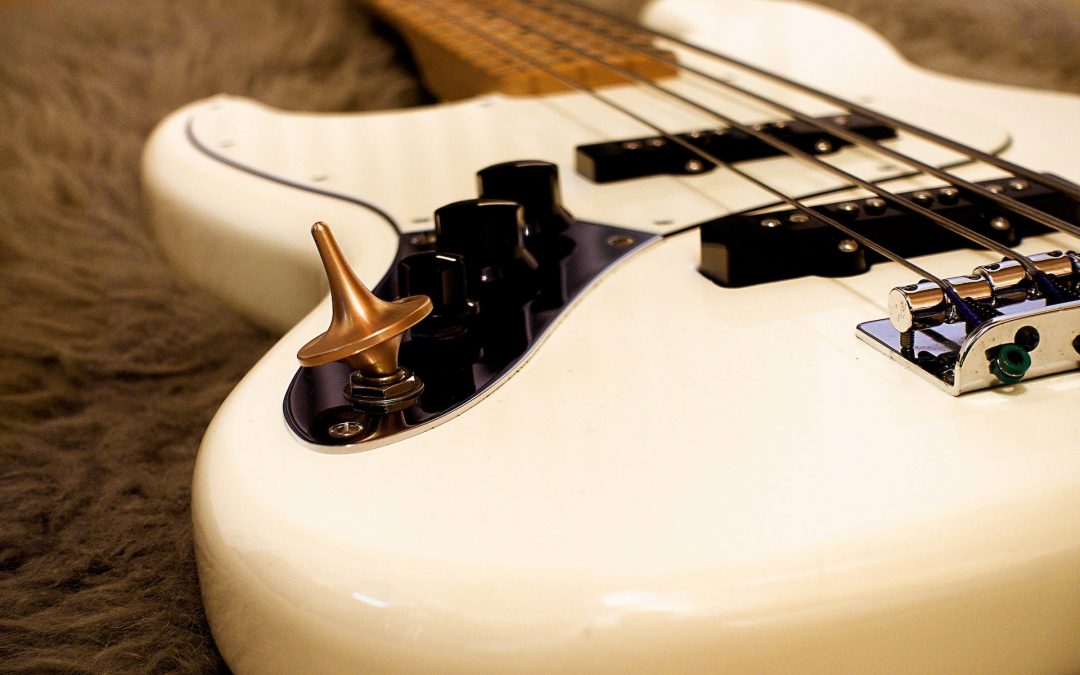 If you’re a beginner bass player just starting out your relationship with the instrument, there’s a good chance you’ve watched some of Scott Devine’s videos. He’s like the most popular online bass tutor you could’ve stumbled upon. Now, in some of these clips, you’ve probably seen something that made you wonder why Scott Devine likes to play with gloves. That’s what you’re about to find out!

So, yeah, Scott Devine’s trademark gray gloves. What’s the deal with that? Why would any bass player wear gloves? As you’re aware, here at Music Gear Heads, we don’t simply answer the question in the title and say: that’s all, folks, goodbye. Nope, we like to mess around with details, and this text’s no exception.

Scott Devine suffers from a neurological disorder called focal dystonia. It makes his fingers involuntarily and uncontrollably move. However, he came up with a solution once he noticed they don’t move when he’s touching them. He wears gloves to ensure they’re always in contact with something, so they don’t move.

You’ll never REALLY know why Scott Devine wears gloves if you decide to only read the preview. That’s right, read the whole thing!

Who is Scott Devine?

We can’t really count on the assumption that all of you know who the fellow is. Therefore, we’ll introduce you to the life & times of Scott Devine! Alright, who’s the guy and what does he do?

First of all, you should know that Scott Devine is something you’d call a household name among bass players worldwide. Luckily, once you’re done reading this, you won’t feel like you’ve missed out on some basic bass-player knowledge. Anyway, Scott Devine is a world-famous freelance bass player. Ever since 2010, when he opened his YouTube channel (Scott’s Bass Lessons), he helped many bassists that struggled with this or that bass-related issue.

Scott’s Bass Lessons is probably the most widely recognized & followed educational platform for bass players on the internet (and off the internet). Here’s why that’s so: this channel has over a million subscribers. Scott Devine has taught (hundreds of) thousands of students from every corner of our planet. Also, he has given lectures and spoken at various music schools and universities.

All in all: Scott Devine’s one of the best bassists out there. If you want to know whether you’re a good bassist, click right here.

Okay, so aside from the YouTube channel, Scott has his own website. There, you’ll be able to find a vast variety of bass-playing courses. However, unlike on the YouTube channel, here you’ll have to cough up some bucks. So, you might wonder, exactly how much money people pay to enjoy these lessons without any limitations. Let’s find out!

Currently, here’s how things stand: the prices differ depending on what type of membership are you looking to acquire. You’ve three options:

Aside from the monthly/annual/lifetime membership packages, there are also stand-alone courses that appear throughout the year on the website. As the stand-alone syntagm suggests, you’re able to make a one-time payment and enjoy a course, without any need to pay the site’s membership fee.

What kind of bass does Scott Devine play?

And for our last segment in the so-called introductory section (our intros are quite infamous for their length), we’ve decided to talk a little about the instrument that Scott Devine uses. So, what kind of bass does Scott Devine play?

Here’s the thing: over the year, Scott has played almost any kind of bass known to mankind. Okay, even though that might sound like an overstatement, keep in mind that we’re talking here about a serious bass aficionado. Luckily, we’re able to provide you with something of an answer here: one of his favorite models is the Fender Custom Shop 59′ Precision Bass which he called the P Bass Of Doom. Check out the YouTube channel we’ve linked upstairs and find the video that features the aforementioned model.

Okay, so that’s that for the intro. Without further ado, let’s tackle the issue we’re all here for! In other words, let’s consider why does Scott Devine play with gloves? 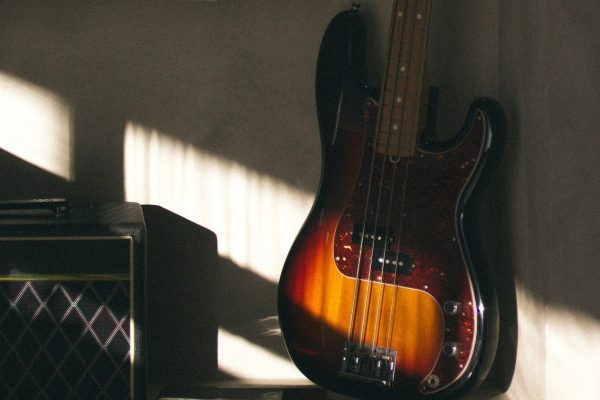 Why does Scott Devine play with gloves?

One of the most recognizable things in Scott Devine’s videos, besides phenomenal virtuoso bass playing, is, of course, the fact that Scott sometimes plays while wearing gloves. Needless to say, one can’t help but wonder why that’s so. Let’s take a closer look!

There’s a video in which Scott Devine explains just when he chooses to play his favorite instrument with gloves. Here we’ll simply more or less transform his words into text. So, yeah, the first thing you’ll want to know is that wearing gloves has absolutely nothing to do with the sound of the instrument, it’s exactly the same regardless of whether Scott’s wearing his iconic gloves.

Here’s the thing: Scott is suffering from a neurological movement disorder that he developed back in his late 20s. For all your curious folks, it’s called focal dystonia. You should know that we’re not talking about an uncommon disorder, it’s not really that uncommon regardless of what people might think. However, Scott says, it’s really hard to get diagnosed with focal dystonia since there’s not much that we know of it, and doctors are prone to mistake it for other conditions.

So, what are the symptoms of focal dystonia? They’re mostly associated with the involuntary and sudden movement of certain body parts. In Scott’s case, it was the fingers of his hands. And here’s the most interesting part:

Okay, we’ll take a guess and say that the answer is pretty much out there. Scott wears gloves in order to keep his fingers in constant contact and prevent them from moving. Now that we’ve answered the why-Scott-Devine-wear-gloves conundrum, let’s see if he’s using a special type of gloves or what.

Oh, and since we’re talking about neurological conditions and playing, here’s what instruments you can play with carpal tunnel syndrome.

What kind of glove does Scott Devine wear?

It seems that he’s not using any special brand or something. At least that’s what he says. He notes that his gloves are simply tight woolen gloves. Also, he says he tried silk gloves at some point, but they weren’t up to the task. Because? Because he’d go through a few pairs a week and they were a bit costly, that’s why.

What about the Musician’s Practice Gloves?

First of all, keep in mind that this has nothing to do with Scott Devine or his gloves. The Musician’s Practice Gloves is a brand of specially-designed gloves meant to be worn by guitarists/bassists. What’s so special about it? Well, it helps certain types of folks get the best out of their instrument. Here’s how:

Let’s see if there’s anything else we could say about Musician’s Practice Gloves.

Are you able to use the glove on the plucking hand?

You’ll be quite happy to know that it’s possible to wear the glove on your plucking/picking hand. Here’s some info to back that up: many bassists have reported that they very much like the tone that’s coming out from their instrument once they do some finger-picking with a gloved hand. On the other hand (no pun intended), guitarists have noticed that cutting the fingertips on the gloves is something their fellow guitar players want to do. That’s because they need some fingertip/nail contact or they need to hold their picks more firmly. However, they’ll need to seal the cut fingertip edge by touching it briefly with a small flame from a lighter or a match.

Oh, and here’s a bonus article on why’s it so hard to find a bass player nowadays. We’re sure you’ve thought about it!

Okay, dear bass-loving folks, that’s about all there’s to say on the subject of why Scott Devine chooses to play with gloves. Hopefully, we unveiled the mystery, and you’re now ready to enlighten your fellow bass players. Anyway, if you’re looking for more bass-and-guitar-playing tips, click right here.