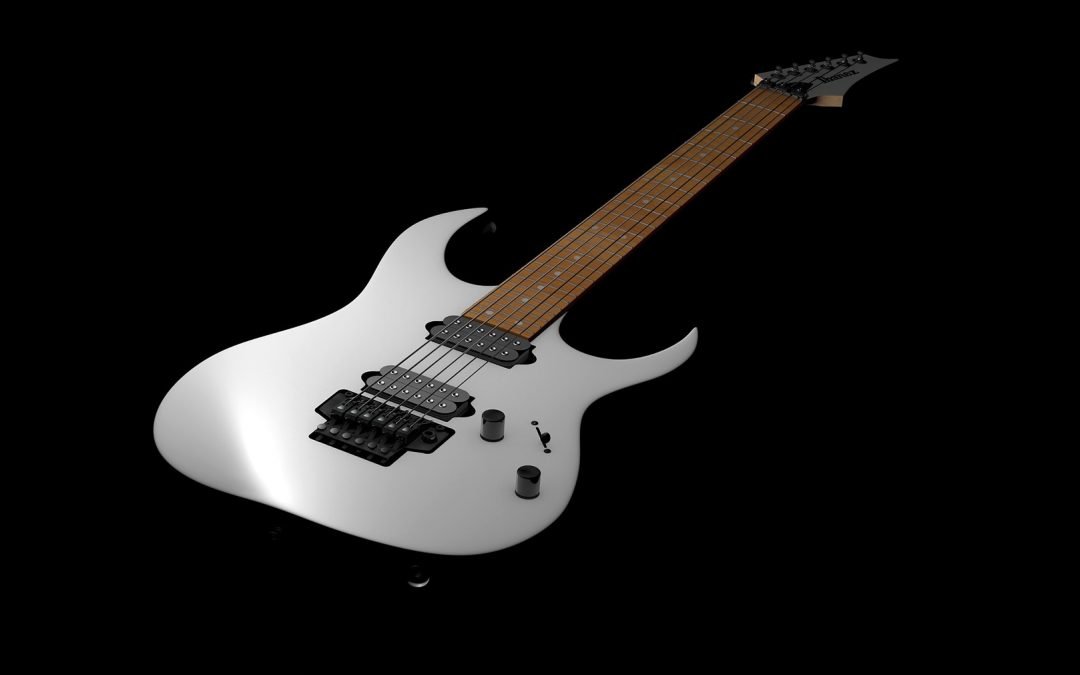 Even with so many years of experience, guitar players will often overlook something. After all, the instrument is way more complex than you might think, and even the nuances can mean a world of difference. This is especially the case with the use of different string gauges. But some may ask an important question – will lighter strings lower action on my guitar?

Is there a chance that putting on a different string gauge can affect the distance between the fretboard and the strings? This isn’t a simple yes or no question.

Technically, lighter strings can affect the action. But it doesn’t mean that it happens every time you restring your guitar with light-gauge strings. At the end of the day, it’s all about your performance and what makes an impact on it.

String gauge is one of the most important things to consider, and you should know what can happen if you decide to change what you’re used to. The topic requires some more in-depth analysis, which is what we’ll do here.

What Is String Action?

Before we get into it, let’s first explain what string action is. The term actually refers to the between strings and the instrument’s fretboard. It’s measured from the bottom of a string to the tip of a fret wire on the 12th fret. Just make sure that your frets are healthy. I discussed this in another post, which you can check out here.

It’s also important to know that string action is different on every string. The bottom E and the high E won’t have the same action, which is normal. Additionally, if you move up and down the fretboard, string action will change on the same string. Lower frets always have lower action, and it gets bigger as you move up the fretboard.

String action has a big impact on performance. While guitar players usually prefer lower action, as it makes things much easier for the fretting hand, high string action also has its uses. You may either just prefer this kind of action, but it also adds to the sustain, removes fret buzz, and is a better option for anyone who plays slide guitar.

What Is String Gauge?

To those who don’t know, a string gauge refers to the diameter of strings in a string set. Heavier sets come with strings that are thicker on average, while lighter ones are noticeably thinner. Both have their use, but it’s often a thing of personal preference.

Strings are measured in thousands of an inch. And the exact gauge is often referred to after the thickness of the thinnest string. For instance, you’ll often hear stuff like “11s” or “10s” or “9s” when someone is referring to string gauge. 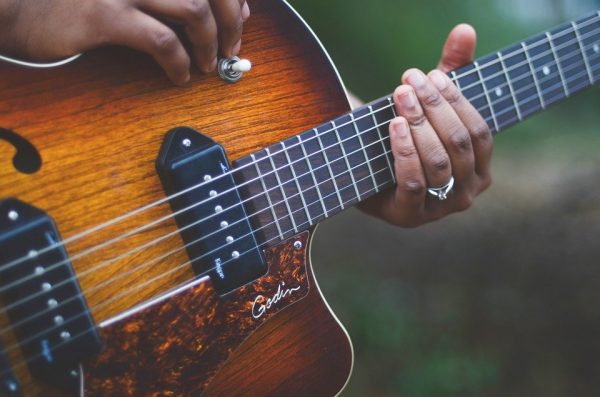 There are, however, some “hybrid” string sets, usually with a heavier bass side and lighter treble side. These aren’t as common, but they’re also not hard to find. Some metal guitar players prefer to have thicker bottom strings typical of .012-gauge sets, while the top three are from a .009-gauge set.

Here are some of the common string gauges for electric guitar. Going from left to right, they’re listed from the highest to the lowest one.

Things can, of course, get both heavier and lighter. For instance, Billy Gibbons of ZZ Top has .007-gauge strings. Using lighter strings is something Billy Gibbons learned from B.B. King. Meanwhile, Stevie Ray Vaughan was known for using 13s, which was pretty interesting to see on a guitar like Fender Stratocaster which already has a relatively longer scale length.

And here are some of the common string gauges for steel-string acoustic guitars.

Technically, there are chances that restringing your guitar with a different string gauge will affect the action. However, there are also chances that it won’t be affected, or at least not in any noticeable way.

How Can It Be Affected?

No matter the gauge, all guitar strings pull the neck towards the body. This, of course, isn’t something that you can notice straight away with your naked eye. And it also takes time for the strings to make any noticeable differences. Nonetheless, this can still happen.

In particular, we’re talking about string tension and truss rod. The neck relief can be affected by the change of string gauge. Thicker string gauges will tend to pull the neck more towards the body, giving it a concave bow. As a result, you may notice that the string action gets higher.

On the other hand, lighter strings can cause an opposite problem. When going from heavier to lighter strings, your neck suddenly gets less string tension than before. If you, for instance, leave your guitar without any strings for a while, the neck will get a “hump,” or a convex bow over time.

A similar thing can happen if you suddenly switch over to lighter strings. However, chances are that it won’t happen right away. It takes some time for things to change. Technically, lighter strings put way less pressure on your guitar’s headstock. The truss rod ends up pulling the neck more than the strings.

As a result, this convex neck shape, or this “hump,” lowers the action. In some extreme cases, you can get a lot of string buzz, and you may even have to deal with a completely unplayable instrument.

I’ve actually experienced this with one of my friend’s guitars. For some reason, it didn’t have any strings on it for about half a year or more. After cleaning it a bit and putting new strings on it, the neck was so convex that the strings were hitting the frets. I literally couldn’t get any note out of it.

What Can I Do About It?

However, it can all be dealt with. Luckily, all guitars today come with an adjustable truss rod. Some expensive models even come with a dual-action truss rod, although they’re not that common.

So what did happen with that friend’s guitar that I mentioned in the previous section? Loosening up the truss rod instantly brought it back into a playable condition.

Almost all electric guitars have easy access to the truss rod screw at the headstock. In a lot of cases, these come with a cover. The screw is adjusted with a hex key. The only exceptions are Gibson guitars that require a specialized wrench.

Turning the key (or a wrench in the case of Gibson guitars) counterclockwise will give that concave neck shape. Turning it clockwise will tighten it up and bring a more convex shape.

Bear in mind that truss rods are designed in such a way that you need to turn them just a little. At most, there should be one-quarter of a turn to get it set up.

As far as acoustic guitars go, the principles are the same. The only thing that’s different is the location of the adjustable truss rod screw. Instead of being on the headstock, you can find it inside the body, right under the soundhole facing the neck.

Choosing the Right String Gauge for Your Needs

One of the most important things for a guitar player is to choose the right string gauge. You’ll even hear heated debates over which string gauges are the best. Most often, it comes down to light vs. heavy strings.

As far as electric guitars go, I would recommend that you go as light as possible. There are a few reasons to go with heavier strings, mostly if you’re planning to use some lower tunings. This might be a controversial opinion, but you won’t get any noticeable tone difference if you’re using heavier strings on an electric guitar. Nonetheless, some players prefer them because they feel more comfortable with them.

Even when picking up your acoustic guitar, you’ll usually get better output with thicker strings. However, if you’re playing with a piezo and going straight into a PA system, then even .009-gauge strings will work.

In the end, it’s best that you try a few different gauges and make the decision yourself. After all, it all comes down to personal preferences.