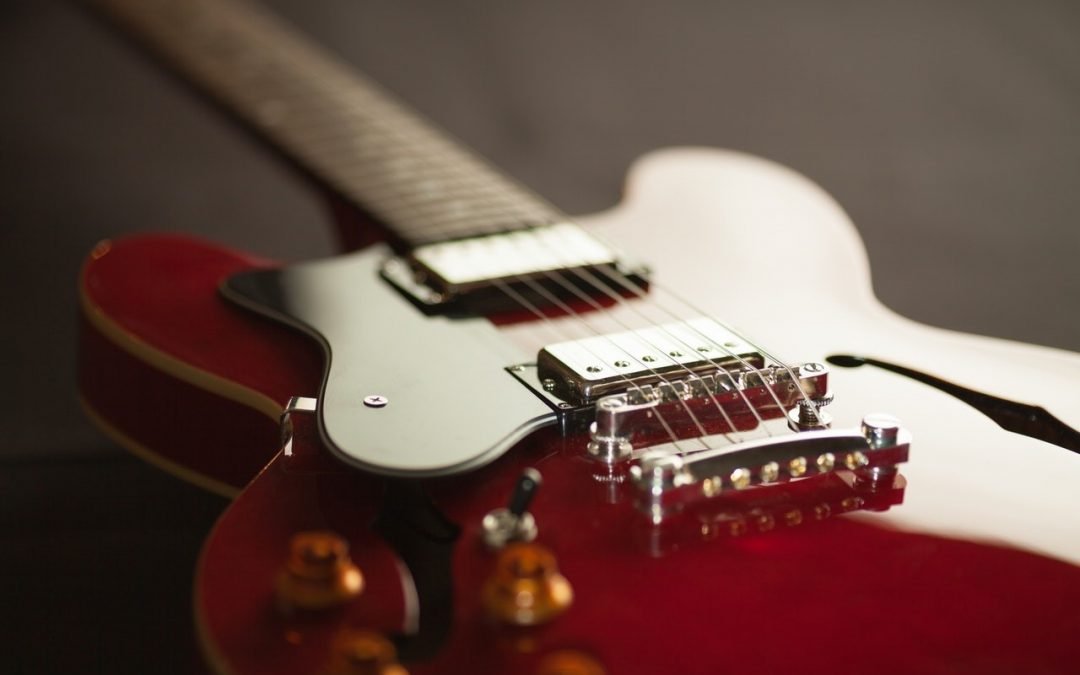 The question proposed by the title of this article isn’t as simple as it seems at first. Of course, it ain’t no nuclear physics either. You could say it’s a question parents (that haven’t played guitar) might ask your local music shop clerk before buying the instrument for their kid. If that’s also the reason why you’re reading this text, we can’t say anything else than you’ve come to the right place.

Wondering whether or not guitar strings are sharp? Whether sharps guitar strings have a different meaning than the obvious one? Also, does string sharpness affect the quality of the sound coming from the instrument? You’re about to find out the answer to all those questions!

Guitar strings aren’t sharp in the same way a kitchen knife is sharp. Guitarists use the adjective sharp to describe the situation in which the strings are tuned too tightly. That will make the note sound too high. Also, if you’re worried about safety, you should know even though strings can cause some trouble, they rarely, if ever, do.

Of course, that’s only the pointy tip of the iceberg. There’s much more content waiting for you in the text below!

Can guitar strings be dangerous?

In simplest terms: no, they’re not, but they can become dangerous. Yup, dangerous mightn’t be the best of words to describe the kind of accidents one might get into thanks to guitar strings. Also, mishaps are pretty rare, almost non-existent.

The thing is: the ends of broken guitar strings can be quite pointy and sharp. That’s why you should always carefully tune your instrument. That way, you’ll ensure the strings don’t break and whip you. This can also happen while you’re playing if the strings are old and rusty. Anyway, the chances of someone being seriously hurt after experiencing a whip are pretty darn small (they increase if the guitar player’s face is too close to the (guitar) neck).

Any other cases of guitar strings acting all tough & dangerous?

As a matter of fact, there are multiple ways one could potentially get hurt while playing the instrument. For instance, beginner guitarists who still haven’t developed hard calluses on their fingers are more prone to experience finger incisions or soreness while playing the guitar (especially if the instrument’s a heavier-gauge one). It can also happen to guitarists that didn’t pick up their instrument for a long time. They’ll want to jump back to their standard riffing, which sometimes clearly isn’t the best idea. Their fingertips won’t be equipped with the much-needed resistance to pull those so-called licks as nicely, and they’ll eventually begin to hurt. It’s way better to gradually re-adapt to the instrument.

Also, your fingers will hurt more if guitar strings are rusty. Sadly, this might cause you to take a pause from playing the instrument you’re pretty much addicted to. Still, try not to worry about it too much. As we’ve said earlier, these little accidents aren’t so frequent.

Good question, your concern’s on point. The core wire of a guitar string and the winding are made out of heavy metals (\m/). These elements can be toxic in certain states, generally speaking. Still, there’s nothing to worry about. These metals won’t be absorbed in the skin in any noteworthy ways.

Now, playing guitar may cause a person to develop allergies to certain materials over time. These materials are nickel, chromium, and bronze. Folks who are already allergic to these elements might possibly have their allergies triggered when plucking or fretting guitar strings.

Lastly, a guitar player should avoid imitating certain actions performed by certain guitar virtuosos. Of course, we’re talking about licking the strings or playing with your tongue or teeth. We can assume you probably didn’t want to do this in the first place, but it’s better safe than sorry. The thing is: the heavy metal the string’s composed of can be absorbed more effectively in your body through saliva, especially during the guitar string’s corrosion process.

Hopefully, we weren’t too parent-y here. It looks like we’re intentionally repeating ourselves, but it’s good to mention once again that these accidents or mishaps caused by guitar strings aren’t so frequent among guitar-playing aficionados worldwide.

So, are guitar strings sharp or not?

Alright, no more beating around the bush. Let’s cut to the chase! If you were wondering whether guitar strings are sharp by default, the answer’s: nope, they’re not. As we’ve said, sometimes (almost never) they will make small incisions on the fingertips of a guitar player (most probably, a beginner), or just cause them to go sore.

Anyway, it’s highly possible for guitar strings to be sharp. Wait, something that’s sharp can easily cut you, right? How come there aren’t more accidents involved with guitar playing? Let’s get something cleared up. Guitar strings aren’t sharp in the same way knives are. Guitarists add another layer of meaning to this adjective.

What do we mean when we say guitar strings are sharp?

What happens if the strings are too tight or too flat?

How to solve this issue with ease?

All that’s necessary is a quick twist of the tuning pegs, those little knobs at the end of your guitar’s neck. Needless to say, they enable you to easily adjust string tension. Without them, the whole world would be a much more complicated place, don’t you agree?

All in all: don’t worry. When someone says guitars strings are (too) sharp or any other similar sounding sentence, you’ll always know it doesn’t mean they’re somehow more dangerous than they already are by default (not dangerous at all).

Since this issue isn’t among the ones you can talk about forever, we’ve prepared a bonus round of tips for our readers. We’ll assume safety issues were the reason why anyone started reading in the first place. That’s why we’ll share with you some safety issues in relation to guitar strings. Bear with us!

If safety’s your priority, feel free to check out these tips:

By following these tips, you’ll make sure your or your kids’ guitar-playing adventure’s a safe one. As you already know, safety comes first! Also, we’re sure that keeping these tips close by ain’t so hard like finding someone who’ll play bass.

That’s about it, dear music lovers! Hopefully, you’ve had fun reading this one. Also, hope you’ve learned something new!