How Many Calories Does Playing Drums Burn? 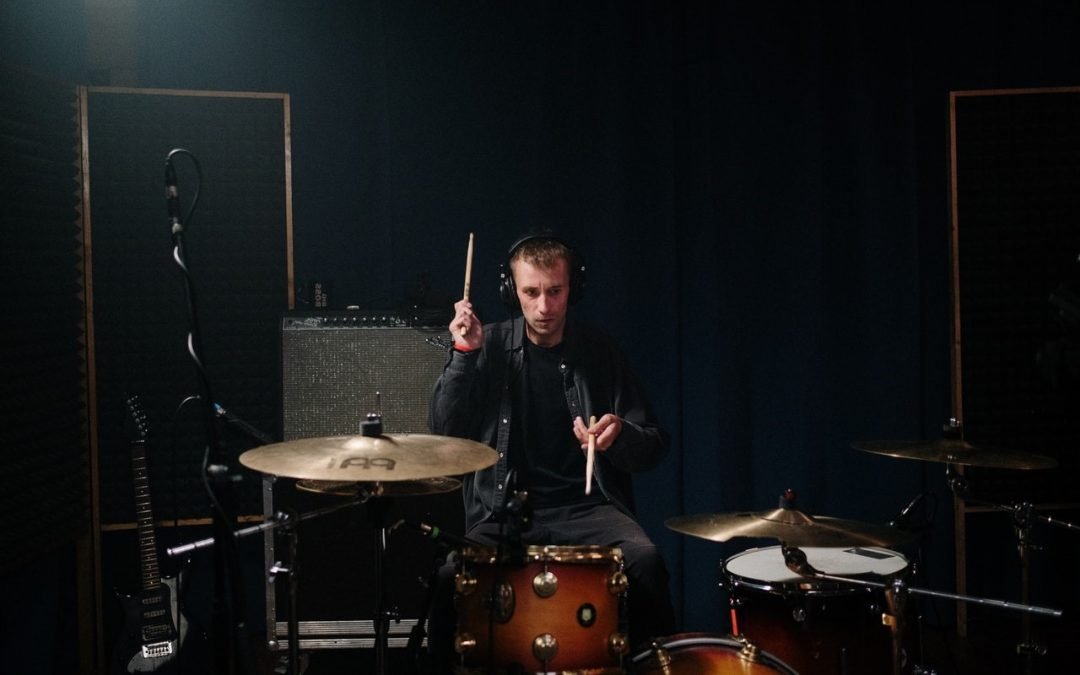 There’s no need to emphasize the fact drumming is a fantastic exercise. Even the most ignorant of folks would agree with that. Still, do we have some data to back that up, or are we just recycling common knowledge? That’s what you’re about to find out!

The first thing one might ask when confronted with the abovementioned fact might sound something like this: alright, would you be so kind to tell us how many calories does playing drums burn? Nothing to worry about! In the text you’ll find below, we’ll show you some data on how drumming affects the way our bodies function and much more.

Studies show playing drums burns 200-1500 kcal, depending on how hard the participant was playing. Some scientists suggest that an hour and a half of drumming equals running a 10.000-meter race. Also, have you heard about fitness/cardio drumming? A single hour-long session will help you burn up to an amazing 900 kcal!

Of course, that’s not even the tiniest bit of what we’re about to tell you! Stay tuned!

There probably isn’t an adult person in the world that hasn’t been to at least one rock’n’roll concert in their lifetime (and ended up with a mild case of tinnitus), or, if anything, watched one on their TV screen. That being said, we can assume the sole act of drumming in a rock band stands as an integral part of our collective memory.

What’s the first thing that comes to your mind when someone mentions: drumming, or drums, or the syntagm rock’n’roll drummer? We believe there’s a fair chance one thinks about massive amounts of energy being unleashed. In other words: Jonh Bohnam’s solo in Moby Dick from the Led Zeppelin flick The Song Remains the Same. Some say that solo is the sole reason why most people either pick up drums or drive them to the junkyard.

If you haven’t watched the aforementioned video, do it right now, right here. You’ll see why most folks intuitively conclude drumming is probably the best workout a rock’n’roll musician can have. Compared to drums, other instruments don’t stand a chance. Also, drumming can sometimes make the whole process of going to the gym seem obsolete.

Nothing without good ol’ skepticism

Of course, there are many folks that argue drumming can’t really stand equal to a gym workout. You’ll always hear them saying: if you’re sweating, that doesn’t instantly mean you’re working out. Luckily, we’ve got arguments to counter that radioactive sentence. Check the paragraph below.

What muscles does drumming work?

You can say that playing drums involves you putting into action every little section of your body. In other words: every muscle you’ve got in your body is activated while you’re playing. Still, there are certain muscles drummers use extensively. They enable drummers to bang the drums in coordination with the rest of the band. Let’s check them out:

Have you heard about cardio drumming?

Let’s quickly cover this one and move on to the main section of this article. Alright, so what’s cardio drumming? In simplest words, it’s a trend that has seen much popularity in fitness centers all over the globe. It involves banging something that looks like a giant ball with your drumsticks. Also, instead of sitting, cardio drummers stand, run, or squat. The exercise ball is waist high and the person is slightly bent with a straight back, just so that the abs are employed greatly.

If drumming found its way to fitness centers worldwide, there’s no reason to dismiss its workout qualities. That being said, it might be time to see some real data concerning the calories burnt while playing this fantastic instrument. 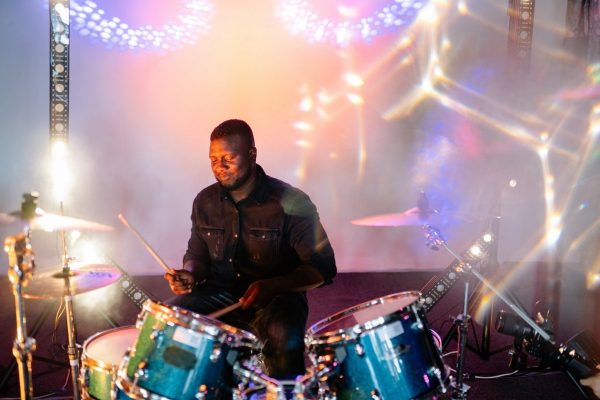 So, how many calories does playing drums burn?

Okay, let’s hope there aren’t any readers that would still ask if drumming burns calories at all. If you’ve read the section above thoroughly, you’ve noticed drumming as being more & more accepted as a legitimate workout method, apart from being something of a necessity in most music bands around the world. Of course, there are and there were some good bands that used the rhythm machine as their drummer (for instance, Big Black).

Anyway, drumming burns somewhere between 200-1500 kcal per hour, depending on how hard a drummer bangs its instrument and how much is the whole body involved in the process. One might assume drumming is easy or something. But, one doesn’t know that to keep your arms going at an intentional rhythm for hours on end is downright demanding. There’s a good chance most people’s arms would begin spazzing out of exhaustion after a 10-minute drumming session.

Where did we obtain the info?

Here we’ll show you studies that have determined that drumming is a great calorie-burning activity:

Are there other health benefits to drumming?

Well, of course! It would be pretty naive to think drumming only build muscles and burns calories (although those are good enough reasons for anyone to start playing the instrument). Anyway, let’s check out what are those other health benefits to drumming:

How many calories does playing drums burn? – a quick sum-up

So, we’re nearing the end margin of this article. It’s a clear signal that we should do a quick recap of all the things we’ve mentioned above.

First things first, we’ve provided enough arguments for even the most cynical of skeptics to believe drumming actually is a fantastic exercise. We can assume Bonzo’s drum solo was more than enough of an example.

Moving on towards the middle section, we’ve shown you that drummers use every single muscle in their body while playing. Also, there are certain muscles or muscle groups that are more actively involved in the drumming process.

In the main section, we’ve concluded drumming can burn 200-1500 kcal per hour, depending on how hard the drummer plays. There are numerous studies showing dissimilar results, thanks to having different drummers with different styles of playing as participants.

Lastly, we’ve listed other health benefits of drumming. All in all: there’s no reason why someone would want to avoid taking up drums. They’re a great exercise for both body and mind!

That’s about it, folks! Now you have an idea about how many calories does playing drums burn, and what an amazing exercise drumming is for the whole body (and mind).