Can You Plug 2 Guitars Into 1 Amp? 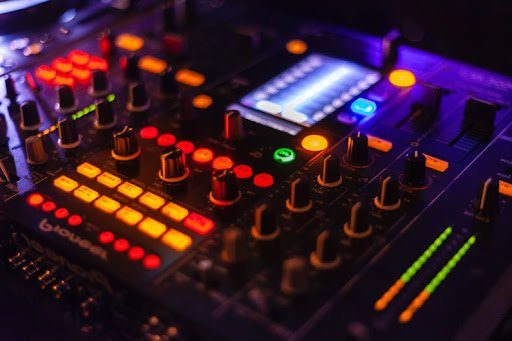 Playing any instrument is powerful and amazing. Every musician will agree with this statement. But, creating music is not easy to do, especially when technical things are involved. So, today we are talking about a very frequent question among guitar lovers: Is it okay to plug 2 guitars into 1 amp?

Plugging 2 guitars into 1 amp is possible but the sound may not be perfect. You will need an input jack that can provide a stereo signal. Otherwise, the second guitar signal won’t have anywhere to go. But, there are some more options to consider for this issue.

So, in today’s topic, we will cover more details about amps, types of them, and some info about crucial things to have in mind when choosing an amp.

What Do You Need An Amp For?

This process is also known as electromagnetic induction. But, the problem is that this signal isn’t very strong, so the sound is barely audible on its own. So, to make the sound loud and clear, the signal needs to go through an amp.

Therefore, an amp gives a louder sound through its speakers. An electric guitar doesn’t have a hollow body like an acoustic one, so it can’t transmit vibration on its own.

Even though you will be able to hear an electric guitar sound without an amp, the quality, volume, and overall experience will be poor. Not to mention, live gigs with electric guitars without amps would be impossible. If you want to learn more about amplifiers,

Can You Plug 2 Guitars Into 1 Amp?

Can you plug two guitars into one amp? Well, yes and no. Two guitars with some standard Y cable into a standard amp won’t work. That’s because Y cables are wired with a TRS jack to two TS jacks. TSR carries the stereo signal that splits into two mono signals.

And the problem is that the standard guitar amp isn’t wired for this, so you’ll end up with only one guitar signal, the other one has nowhere else to go.

So, you will need an input jack that is wired for some stereo signals. The other thing you can do is to use an ABY box and that way get both guitars into one amp, but some weird sound things could happen.

For example, the volume on one guitar may affect the other guitar. The best option for playing two guitars with one amp is that you get an amp that has two input channels, or to get a box that is designed to input two signals that get mixed to mono. 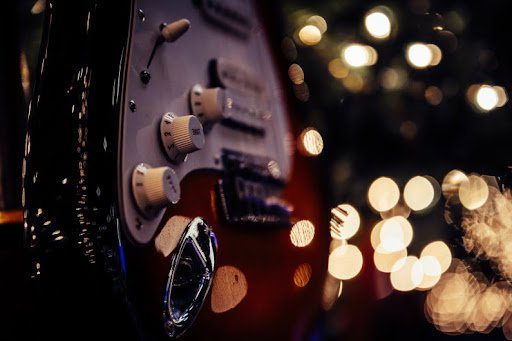 When choosing the right amp for your music sessions it’s good to know what types of them are available. That way you will have information and would easily know how to make the right choice.

Since you don’t buy an amplifier every day, you should spend some time informing about amps. That is also convenient because that’s a good way to ensure you will have an amplifier that can support two guitars at the same time.

So, check out types of amps, and decide which one suits you best. Also, if you’re thinking about how long will any of them last, check out this piece.

These amplifiers use transistors for preamp and power parts. Solid-state amps are reliable and rarely need repairs. They produce clean tones, but you can bump into some distortion from time to time. Musicians who love sturdy and reliable touring amps would love these. If you find a lower-cost amp, it will probably be a solid-state.

Tube amps are still very popular and many guitarists love using them. That is because they provide a warm, fat tone with some organic distortion. Tube amplifiers often sound louder than the solid-state ones of the same wattage and can give you that special “feel” that you won’t get from solid-state amps.

It’s good to know that most tube amps have separate channels which can transfer from clean to distorted tones at the moment. Their tube performance may decline over time, so you will need to change them sometimes.

Modeling amplifiers use digital processors in order to mimic the sound of old-fashioned tube tech. By using the software that forms the sound of tube amps, these amplifiers place the tones of numerous amps into one box.

Modeling amps are programmable, and they often have built-in digital effects, such as delay and chorus. Some modeling amps have digital or analog outputs with speaker simulation that can go directly into a recording interface or to a PA system.

As their name says, these amps combine the best of each type of amp into one box. Hybrid amps use an actual tube in conjunction with the solid-state part of their amplifiers.

Many of them also use a tube in the preamp section, and solid-state circuitry in the power part, so they can create a tube tone but without requiring the use of power tubes.

There are some other amplifier components that you should consider when choosing the right amp for you. We made a shortlist of some elements that are important to have in mind.

As you had a chance to see there are various types of amps, but there are also different amp configurations. You can find combos that have self-contained sections so the amp and speaker are in one cabinet. Also, amplifiers can come in divided head and speaker cabinets.

This combination allows you to use any amplifier head with any speaker cabinet. So, it furthermore breaks the amp into two units and makes each unit lighter and easier to transport than a single combo. The combination of two cabinets and the head is also called a “stack”.

The amp construction is really important. The wood thickness used for cabinet construction plays a major role in determining the sound quality. If the thinner wood is present it’s more likely the speaker will vibrate loosely.

A thickness that is at least 1/2” will provide a strong sound, and could help to keep the speaker in place. There is one other factor that determines sound quality, and that is whether the amplifier has an open or closed back.

For example, closed-back guitar amplifiers can produce a better bass response from the speaker.

Also, have in mind if you’re moving an amp very often from one gig to another, it’s quite common to bang them a bit. That is why it’s good to have nice corner protectors. They can prolong the amp’s lifespan.

When choosing your new amp, you should consider the power and size of the speaker. Some practice amplifiers are often solid-state, or modeling combo systems that feature low power (about 10-30 watts) and small 8” or 10” speakers.

But, you can also find some small tube amps. If you plan on rehearsing or playing in smaller venues, consider some tube and modeling combo amplifiers that have power ratings of about 50 watts, and 12” speakers. That way you would be able to get a fuller sound.

On the other side if you’re playing on larger venues, you’ll need average power at 100 watts and even higher. There is an option to use “twins” or combo amplifiers that have pairs of 12” speakers. But when it comes to this, separate head and speaker cabinets ( a.k.a. “stack”) are considered most effective.

Other Options to Encounter When Choosing an Amp

You may come across some additional features when choosing amplifiers. Here are some of them:

To Sum It Up

If you plan to start rockin’ a guitar, that is awesome. But, before scheduling your first garage gig be sure to equip yourself with all necessary guitar gear. One of the most important is, of course, an amp.

So when choosing the right amplifiers try to opt for some that have multiple channels if you are planning to plug in more than one guitar. Also, remember the ABY box, it can be quite handy and useful.

Bear in mind you can and should consult with professional sellers at a musical store. They might be able to help you narrow your choices, and pick the best option for your musical needs.

In the end, don’t forget to relax and enjoy making music, because that is really one of the greatest things a person can do.