Do PRS Guitars Have a Neck Angle? 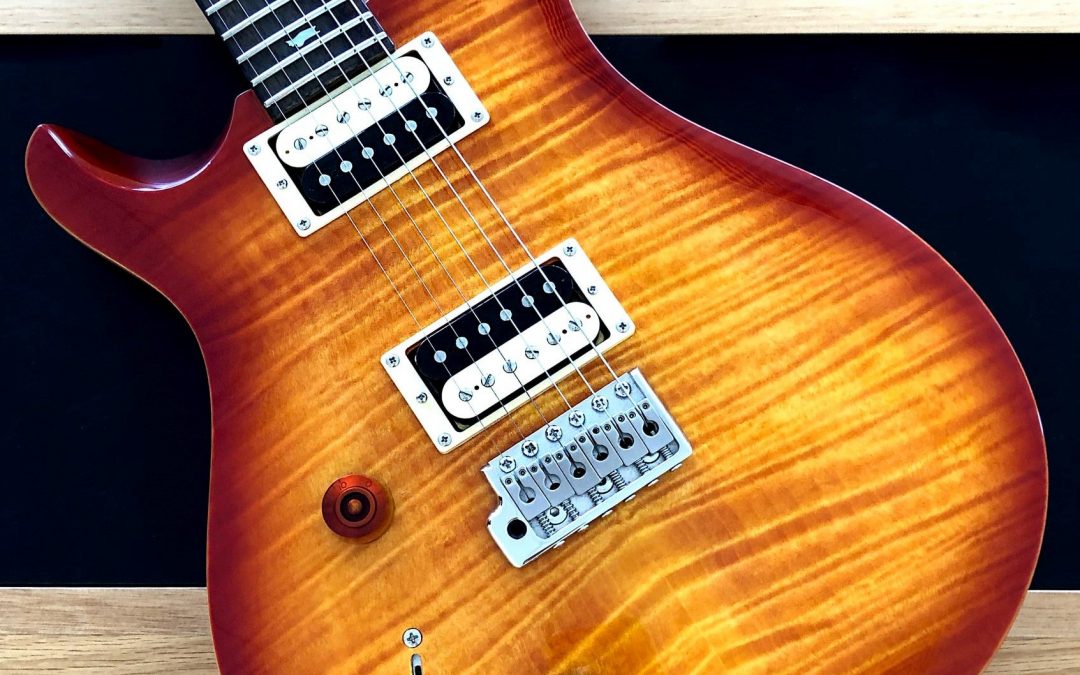 If you’re only starting out your adventure in guitar-land (oh, the corniness…), you must be wondering which model you should opt for. While going through the process of finding the right instrument, a lot of questions have to be asked. One of them is: do PRS guitars have a neck angle? Only by obtaining the right info, you’ll opt for the right one. That’s where we, here at Music Gear Heads, enter the scene!

Before we answer the main question this article proposes, we’ll expand our little talk to cover some basic info surrounding this topic. For instance, what are guitar necks? Or: what are PRS guitars? Is that a brand or something? Stay tuned for some quality info!

PRS guitars possess a neck angle. However, they sometimes leave the guitar enthusiasts questioning their senses since it seems like certain PRS models have a totally straight guitar neck, which is, of course, an illusion. They’re just slightly pitched.

Reading solely the abridged version is so amateur-ish, right? Right. That’s why you should dive deeper into this text!

What is a guitar neck angle?

First things first, let’s see what exactly the guitar neck angle is! Before we continue, you might want to bookmark this page for later since you’ll find some info on whether you should wax your guitar neck.

Well, the story of how and why the so-called pitched guitars came to be is a confusing one since far many sources tell far too many tales. However, we’ll try to be reasonable! Some folks say that an angled/pitched guitar neck appeared after the invention of the electric pickup. They add that an angled neck was necessary to accommodate the extra space that the pickups made under the guitar strings. However, that’s not how it happened.

We can trace back the pitched neck way back into history. Just take a quick glance at the classical instruments such as a cello (click here to see if you can use it as a bass) or a violin. Each of them possesses the very thing we’re talking about here: a pitched neck and a fretboard that lifts the strings in order for them to meet a raised bridge. What was the reason behind this? Well, it happened because luthiers (folks that make & repair string instruments that come with a neck and soundbox) found out that if you enhance the string pressure against the instrument body, that will also enhance the so-called vibrational transfer.

All in all: the extra pressure allows us to play louder, richer tones on our string instruments. Let’s see if there’s anything else we’d like to mention in the introductory section. Oh, now we remember, what about PRS guitars?

What are PRS guitars?

You’ll want to know that PRS (Paul Reed Smith) Guitars is a Maryland-based, American manufacturer of guitars and amplifiers that was founded (way back) in 1985 by Paul Reed Smith (it was kinda obvious to assume this). So, is there anything special about this guitar brand?

It seems like there actually is something special about the guitar & amplifier brand. For many guitar players around the globe, PRS guitars are something you’d call a standard. Glorified for their super-versatile sound and unique looks, PRS Guitars offer their users everything from beginner entry-level guitars to top-notch, private-stock instruments; some note that their catalog will, without any doubt or exaggeration, make your head spin in wonder.

Now, before you get all suspicious about us being suspiciously inclined towards PRS Guitars, let’s consider the main question this text has proposed: do PRS guitars have a neck angle? 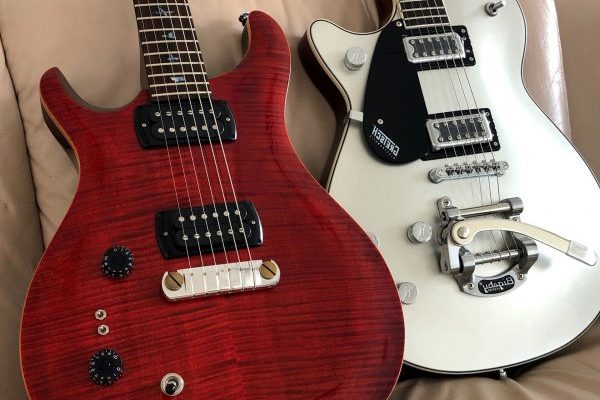 Do PRS guitars have a neck angle?

Okay, so PRS guitars have a neck angle? You’ll want to know that they actually do. However, it’s not like all models share the same neck angle. Some folks note that certain models such as PRS SE 22 possess something that looks like a completely straight neck. That means it’s just slightly angled, but not straight. Additionally, other folks say that most PRS models have pretty straight necks.

Are PRS guitars neck through?

First of all, let’s define neck-through guitars. Afterward, we’ll compare those guitar models with the ones that PRS makes. Okay, so neck-through guitars are ones that have the neck that goes all the way through the guitar body as an individual piece of wood. This type of guitar has been seen as one of the best kinds out there when we’re talking about sustain.

So, do PRS guitars match the description? Nope. You’ll want to know that PRS guitars are so-called set-neck guitars. That means they’ve got necks that are glued in using a dovetail joint in the body of the instrument. Just recall the looks of the famous Gibson Les Paul model. All in all: most PRS and Gibson models share this shape.

What is the shape of the neck of PRS?

Okay, so you’ll want to know that neck shapes have been particularly important for PRS. In other words: they’ve always been the company’s high priority. If they had a motto (if they have one, correct us), it would sound something like this: a guitar should make you feel at home the moment you pick it up. Today, you’re able to choose from one of these neck shapes:

Which PRS have Pattern Thin neck?

We’ll show you one example of a PRS guitar that has a Pattern Thin neck. It’s the updated model of the PRS’s famous Wide Thin neck. It will ensure that the player using it will enjoy maximum comfiness during practice, recording, or playing live. And now, the example we’ve promised:

Oh, and since we’re speaking of guitar necks all this time, here’s some info on whether you can replace a 21-fret neck with a 22-fret one.

What does SE mean in PRS guitars?

You’ve probably seen an SE model and wondered: alright, what do those two letters stand for? Here’s the answer: they stand for Student Edition. They’re on the cheaper side of the PRS model catalog since they cost less than £1000 (around $1200). These models are fantastic for both amateurs, beginners, and intermediates. At least that was the target audience for these models. We say that because nowadays even experienced pros are known to use them.

What’s so special about the PRS SE models?

The first thing you might want to know is that these guitar models are made in a factory setting (mass-production). PRS gets to produce more since the costs of labor are much, much cheaper. However, this doesn’t mean they’re somehow greatly inferior to US-made models since they’ve got many features all PRS models have. For instance, during the last couple of years, PRS made their SE models feature their iconic bird inlays.

Additionally, plenty of SE models also have Mahogany bodies and necks. Also, they’ve got Flamed Maple tops, too. Their quality mightn’t be top-notch, but still, from a visual and tonal standpoint – SE models aren’t so far behind the US-made models.

Alright, folks, that’s about all there’s to say about the issue of whether or not PRS guitars have a neck angle. Also, now you’ve got an idea about what’s so special about this brand of guitars and amplifiers. For more tips on playing your favorite instrument or other guitar-related trivia & info, please pay a visit to this page.