How to Make a Guitar Pick Out of a Coin? 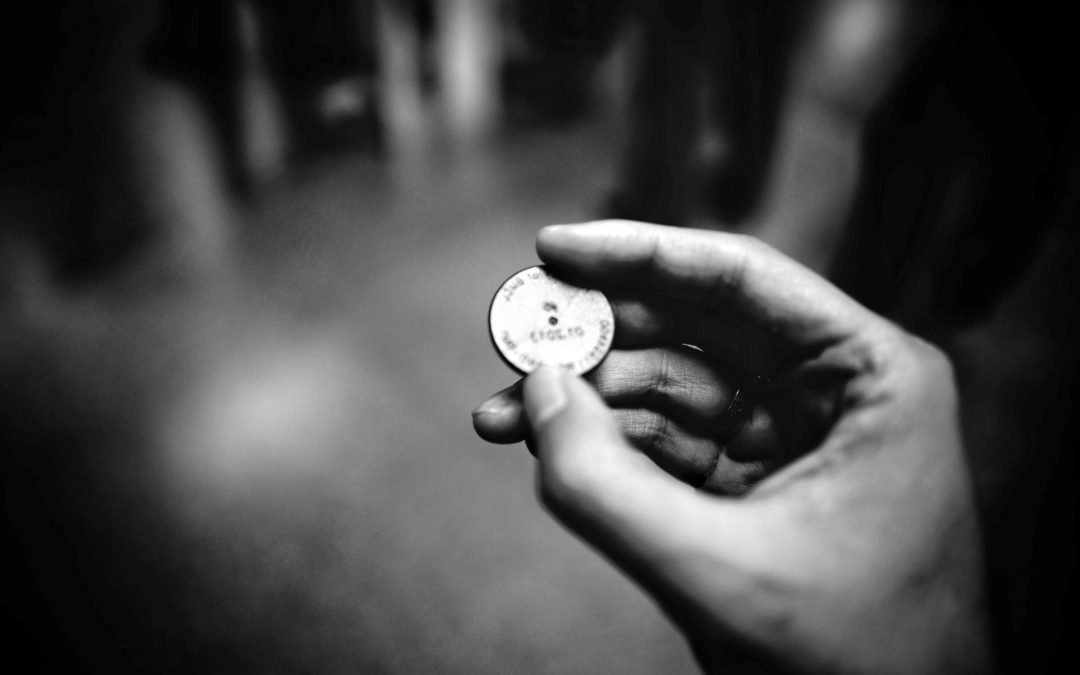 Let’s pose a question! How many times have you asked yourself the following: now, where’s that trusty guitar pick o’ mine? If that happens a whole lot, there’s a good chance you’ve thought of certain alternatives. We’re talking cut-out credit cards, old memory cards, coins, etc.

We’ll stick to the last item we’ve counted. So, yeah, have you thought about using a plain ol’ coin as an alternative to a guitar pick? Let’s assume you have since you’re reading this text. Anyway, today we’ll show you just how to make a guitar pick out of a coin without much hassle! Stay tuned!

The truth’s simple: you won’t have to make anything since coins are something you’d call ready-made guitar picks. However, not every coin will do the job. Famous guitarist Brian May suggests you use sixpence coins that were made before 1946 because they contain a good amount of silver. Lastly, always opt for mid-sized coins.

Needless to say, there’s much more from where that info came from! Feel free to continue reading!

Play just like Brian May and other info (FAQ)

Okay, so before we dig deeper into the whole let’s-use-a-coin-instead-of-a-regular-pick, it’s best we take a look at some info that’s associated with our main topic. You might be wondering: what’s Brian May gotta do with this? Well, you’re about to find out!

Why does Brian May play with a coin?

Yup, that’s right! Brian May, aside from being the guitarist of Queen and one of the most recognizable faces in rock-n-roll, is also famous for another thing: he’s playing his instrument using a sixpence coin! Let’s see why does he prefer using a coin instead of a regular guitar pick:

So, if one of the most famous guitarists in rock-n-roll history uses a coin… Yeah, it’s pretty safe to assume coins are a fantastic substitute for ordinary guitar picks. Let’s check out why’s that so!

Brian May already told us something, but what about other advantages to playing with a coin? Here we’ll share what else do we know:

There you have it! If that doesn’t sound great, we don’t know what does; playing with a coin seems like a pretty nice alternative to playing with regular guitar picks!

Will playing the guitar with a coin damage the strings?

Now, for our last segment in this introductory round, let’s debunk a common misconception about playing the guitar using a coin! Many folks think that playing with a coin will do some good damage to your guitar strings (if you’re wondering whether they’re sharp, click right here). While that might be true to a certain extent, it’s better if we dug deeper into the matter. Things aren’t that simple.

Here’s the thing: simply picking a random coin out of your purse won’t do you any good. You’ll want to pay close attention to the metals the coin is made from. Otherwise, you risk damaging your guitar strings.

If you’re a British citizen (or a serious coin collector), here’s another piece of advice from the one & only Brian May: your best bet is to use a sixpence coin that was made before 1946. That’s because the proportion of silver was a lot higher in them than in most contemporary coins. So, silver equals good.

All in all: not all coins will damage your guitar; make sure you’re using one that has at least 50% silver in it! Now, that we’ve concluded that one, it’s to tackle the main issue for today: how to make a guitar pick out of a coin? 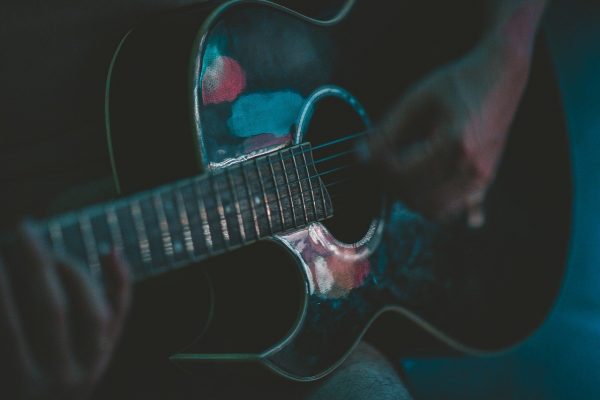 How to make a guitar pick out of a coin?

Here’s a simple answer: you really don’t need to make anything. Coins are pretty much ready-made guitar picks. That means you can just use them as they are. There is no how-to-make-a-guitar-pick-out-of-a-coin process, the product’s ready to be used.

You might wonder: alright, but aside from the British coins you’ve mentioned above, are there any other coins one can use? You’ll want to know that there are! For instance, an American quarter, or a Chinese yuan coin will do pretty well, too! As long as your coin pick’s about 1 in (2.5 cm) in diameter or bigger, it’s fairly usable. Just don’t go too big. Larger coins will feel a bit too chunky in your hands; that can have a bad effect on your playing style.

Here’s a piece of friendly advice: since coins tend to get pretty filthy because of obvious reasons, you’ll wanna clean them before usage. Simply use a mild soap & water combo to remove any bacteria that would otherwise end up on your hands and strings.

Now that we’ve answered the main question, it’s time to reward your patience with a bonus round of useful info. Here are some other alternatives to regular guitar picks!

Imagine you notice you’ve lost all your picks, and the music store’s closed an hour ago. Whether they’re well hidden behind the bed or somewhere in your rehearsal room – it doesn’t matter. What matters is that you’ll have to find a DIY solution (and here’s a cool one) as soon as possible. That’s why you’ll want to consider the following info!

Have you heard about a little device called a DIY guitar pick puncher? It’s a fantastic gadget for anyone dealing with the issue we’ve mentioned in the first paragraph of this section. It’ll remind you of a paper puncher you’ve probably used in school. Anyway, all you’ll really need is the correct type of material. So, what material can one use with a DIY guitar pick puncher?

If you don’t like the idea of buying a DIY guitar pick puncher, it’s not the end of the word. Let’s see what can you do using a pair of regular household scissors!

You’ll want to use some plain ol’ scissors to cut a triangular shape into an expired credit card or a plastic gift card. As we’ve implied in the paragraph above, the materials these items are made from will offer you almost the same flexibility as a regular guitar pick. In other words: you’ll be fairly close to what you’d call the real thing. Also, try not to cut yourself in the process!

Oh, and another thing: make sure you make round edges of your DIY guitar pick. If they’re pointy, you might end up hurting yourself which is a definite no-no. Luckily, many of these cards we’ve mentioned already have rounded edges. Needless to say, you’ll wanna incorporate those edges into your triangular DIY guitar pick!

Okay, so that’s about it on the whole how-to-make-a-guitar-pick-out-of-a-coin issue! Now you know how to get yourself out of a messy situation (having no guitar pick anywhere near) and use simple household items as a substitute for your trusty, yet missing guitar pick!

For more interesting info on playing your favorite instrument (guitar) and everything that’s even mildly related to the subject, feel free to visit this page on our blog! Until next time!