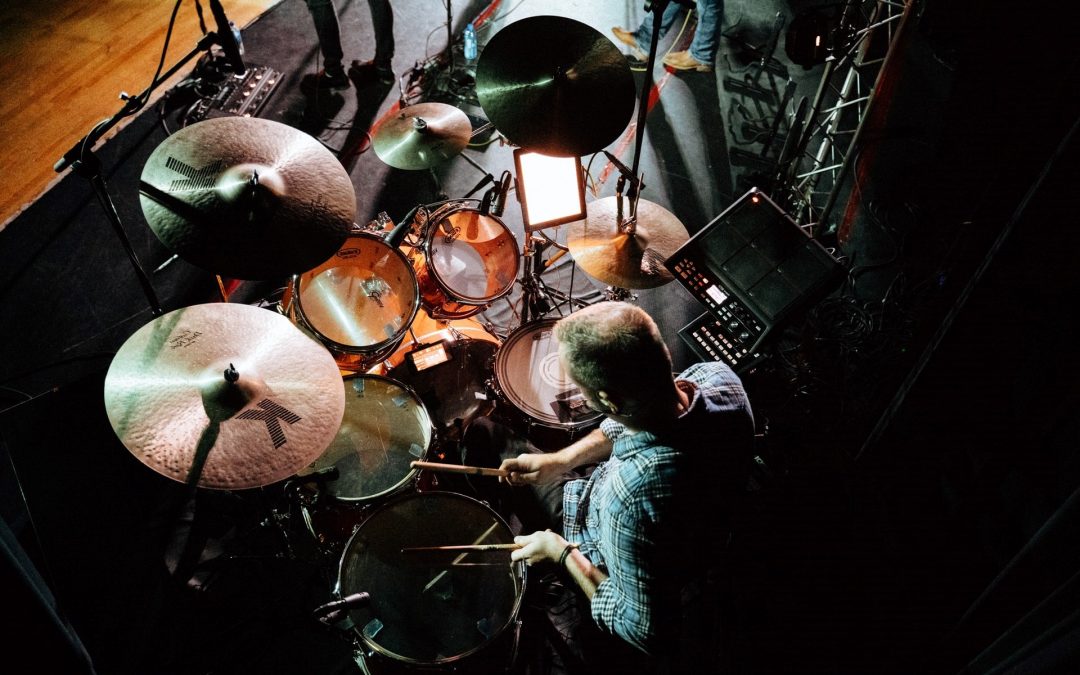 For the topic of today’s article, we’ve found a term everyone seems to recognize, but only a few can define. However, it’s not like folks refrain from using it in drumming-related discussions (just like they always like to mention how drumming burns calories). That’s right, we’re talking about drum licks.

So, how do folks explain drum licks? Do we have something of a standard definition for the term? Or: a drum lick might be one of those terms that somehow always evade anything that’s not a free-roaming definition. Anyhow, in the article you’re about to read, we’ll try our best at giving you the finest possible answer to the question: what are drum licks? Stay tuned!

Essentially, drum licks are combinations of original drumming rudiments and rudiments themselves that are utilized in order to become an individual fill or a drumming pattern or sound. A drum lick could be any little drumming part, whether we’re talking about a repeating groove or a pattern. Lastly, it’s not synonymous with a riff.

And that’s not it! There’s a lot more info waiting for you below these letters.

First of all, here’s a disclaimer: this section will have nothing to do with tongues or some rather unusual somehow-music-related practices we’d rather skip talking about. Okay, so now that we’ve pinpointed that one, let’s see what are some of the most frequently talked-about issues related to the topic of licks.

We’ll kick-start this one by covering the definition of a lick en général. In some musical genres (such as blues, rock, or country), a lick represents:

Here’s an example: inside a jazz band, a lick might “appear” during an improv solo. It’ll most likely happen during an accompanied solo chorus or an unaccompanied solo break. The thing is: jazz licks are formed just so they could be used over a song’s changing harmonic progressions.

Speaking of jazz, here’s why do jazz guitarists use heavy strings.

Wait, isn’t that the same as a riff?

Nope, it’s not quite the same. We’ll elaborate on why that’s so. Here’s the thing: a riff can incorporate repeated chord progressions, while licks, on the other hand, are mostly associated with single-note melodic lines. However, they do have something in common since licks, just like riffs, can form the basis of a whole song. Here’s a question: do you know what is the world’s most famous guitar riff?

And what about hooks?

One wouldn’t be so wrong to say that hooks resemble licks more than riffs do. That’s because a lick’s able to meet the definition of a hook (a passage or a phrase that makes a single song appealing to listeners, therefore enabling it to stick out from the rest). A lick’s absolutely able to catch your ear, so to speak.

Lastly, a lick can also be included in a fill. You’ll want to know that fill is a very short passage in the song that’s played in the pause that occurs between the phrases of a melody. Okay, so now, once you’re able to differentiate and/or find correlations between licks, riffs, hooks, and fills, it’s time to check out the main question: what are drum licks? If they even exist, that is. 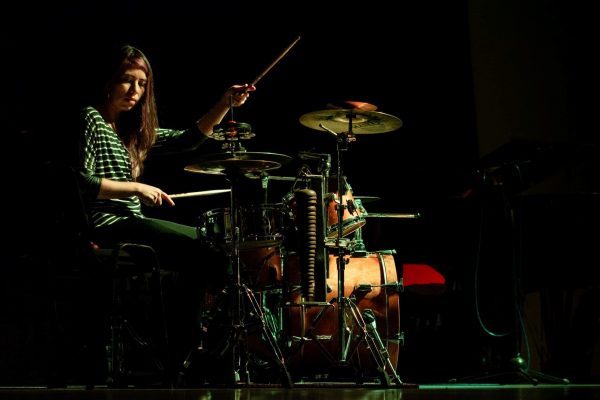 As we’ve already said, the topic of drum licks’s a bit hard to swallow. That’s because even though everyone agrees about the definition of a lick, you won’t find many folks that share the same way of defining a drum lick. We’ve gathered some answers from experienced musicians all around the world and here we’ll show you the most interesting ones. So, shall we start?

I’d say that a lick is the drummer’s equivalent of a guitar riff. The thing is: it could be any little portion of playing drums. I’m talking fills, part of the groove, repeating pattern, or anything else.

To be completely honest, I’m against these definitions. However, since you asked, I think that a drum lick is one of the most casual terms drummers use frequently. I wouldn’t waste time figuring out its definition since it’s a bit, how should I say this, well, futile.

(Was that alright? I might’ve unintentionally said that your article’s pointless. Sorry.)

Okay, so here’s my take: a drum lick is basically any combo of rudiments or sticking that are utilized to form an individual fill or sound. Also, a drum lick can be a drumming pattern.

My suggestion is that you should absolutely steer clear of trying to distinguish any “section” of your playing apart from “simply playing the song”. And I’ve got a good reason to believe that’s so: the whole concept of licks or fills or whatever will do more damage to your playing than it meets the eye. It will, most probably, break the way you think about a single song and that’s definitely not a good thing. You want to play a song, not just the parts of it glued together like some elementary school art project.

IMHO, all the licks and fills originate from basic drumming rudiments or their combinations. I remember that once I learned to play a single rudiment, I’d then practice it while, well, moving around the drum kit, and playing alongside music. Since I was 12, I’ve done this over and over again for a good period of time. Therefore, whenever I needed to perform a fill, no matter how small, or a solo, my hands would do any lick or fill or pattern that came into my head. There were times I’d say to myself: Alright, where did I find that? The thing is that I’ve always known the answer.

A lick is, like, when you stick out your tongue and… Well, you know. Just kidding, man. Don’t publish this, though.

Have we found a common denominator?

Now, here we’ll try to find something you’d call a definition all of these folks above would agree on (except, of course, the ones that see no point in defining the term). So, what are drum licks?

Boy, are we glad that this is over! However, there are some definitions we’re yet to cover. Also, if you’re wondering whether your drums will sound better with age, follow that link.

What are drumming chops?

It seems as though drum chops are easier to define; in essence, they represent the musical phrases drummers play around the kit. Let’s get a bit more specific. At the same time, they can be:

So, does learning drum chops help drummers? Absolutely. By practicing chops, you’ll be in a position to articulate your style more freely and with lots of expressions. Additionally, learning chops is a nice way to enhance your listening skills. Lastly, let’s just mention something you’d call a common misconception about drumming chops. Many folks think that chops are, told simply, the fastest thing you can play on your instrument. However, one can’t say they’re ONLY that since there must be some good thinking behind the madness.

What is a riff in drumming?

Some say that the groove is the drumming equivalent of a guitar riff. Let’s see if we can define this term also. So, what’s a groove? You’ll be happy to hear that this term also likes to avoid being defined. Anyway, that’s because we’re dealing with the actual feeling and “flavor” of the drumming rhythm that’s being played. Thanks to the various differences in style or genre or perspective from which the aforementioned rhythm is head, the only person who can understand the groove is, of course, the drummer.

Lastly, we’ll use just one sentence to introduce you to the elusive and mysterious nature of the term: a groove can never be the same groove twice. All in all: a groove is basically what drummers interpret as the rhythm that’s meant to be played. And with this, we end the official part of the text. All that’s left is to say goodbye. Not before we send you to read this article on painting drum shells, though.

Alright, dear music-loving folks, that’s that on the subject of drum licks. As you could’ve heard from some of the musicians above, defining a drum lick ain’t such a big deal and drummers shouldn’t bug their brains because of it. However, we’re glad we reached something of definition, still.

For more interesting tips on various music-related themes and topics, feel free to check out our blog page.