Why Do Cellos Not Have Frets? 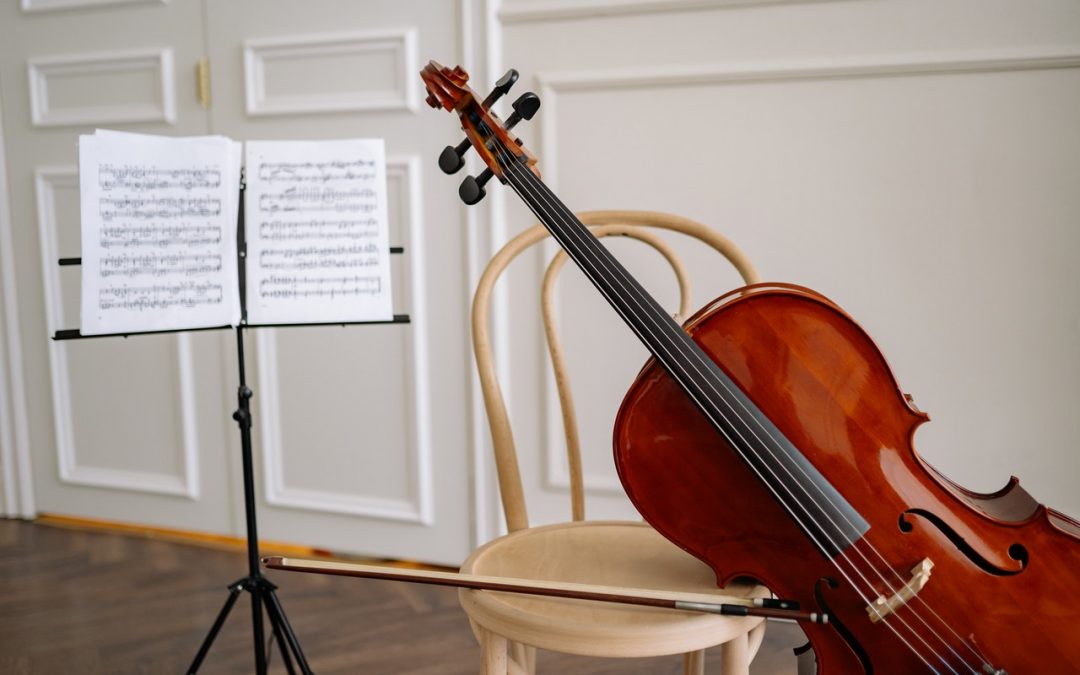 You probably know that, unlike the guitar, many bowed string instruments, such as violin, viola, cello, and double bass don’t have frets. Why is that and why do cellos in particular not have frets?

Cellos don’t have frets because frets would make certain changes in the tone. Frets on a cello wouldn’t work for expressive intonation. Also, you can’t achieve vibrato with frets. Without frets, cellists can place pitches at different places other than where a fret is. Frets take expressiveness and compromise the subtleties of a bowed stringed instrument.

Beginner string players, including cellists, need to learn how to play in tune without the use of frets. Some music teachers sometimes put certain markings or stickers on the fingerboard to help their students learn where to put their fingers. However, beginner cellists should explore the cello and know that it is possible and desirable to learn to play in tune without frets. Read our blog to find out if a cello can be used as a bass.

What is a cello with frets called?

A typical cello doesn’t have frets. However, some instrument makers and musicians have experimented with putting frets on the cello. Fretted cellos are novelties and no professional classical musician uses them. The idea of fretted cellos originated in the 1970s when some people wanted to play the violin or other stringed instruments, such as the cello with a rock band.

Playing the violin or the cello in a rock band was difficult for some musicians, as they couldn’t play as loud as the other instruments and they couldn’t hear whether they play in tune. A violinist called Mark Wood was one of the first musicians who achieved success with fretted violins, violas, and cellos.

How do violinists play without frets?

To produce the right note on the violin, it first has to be properly tuned. Next, the strings need to be pressed down in the right position, and this requires practice. A beginner violin player needs to learn the proper finger placement for each note. These are some tips for learning how to play the violin without frets:

Read our blog to learn more about playing the violin, including how hard you should press violin strings and whether violin strings need to be tight.

Is the guitar harder than the cello?

Some arrogant guitar players may disagree, but most people agree that it’s harder to play the cello than the guitar. The cello and the guitar are two very different instruments. What they have in common is that they are both stringed instruments.

The cello has four strings and you play it with a bow. The guitar has six strings and is played by plucking or strumming with fingers. In terms of sound, guitars produce sharp and distinctive sounds, whereas cellos make deeper and richer sounds.

Needless to say that the playing style of these two instruments is completely different. One of the biggest challenges of playing the cello is that you play it vertically, between the knees, which means that you can’t see the fingerboard. On the other hand, you play the guitar horizontally and you can see the fretboard easily.

What is the best age to learn cello?

Generally speaking, the best age to learn the cello is between six and seven years of age. Some parents may insist that their child start learning cello as early as when a child is three years of age. However, most music teachers will agree that this is simply too early.

A child needs to be able to focus and control their energy. More importantly, a kid needs to have the physique and cognitive dexterity to take on the cello. Learning the cello may feel frustrating to younger children and they may lose interest if they feel it’s all work and no play. Keep in mind that learning children how to play cello can be done in a fun way, but it can also result in little to no progression. 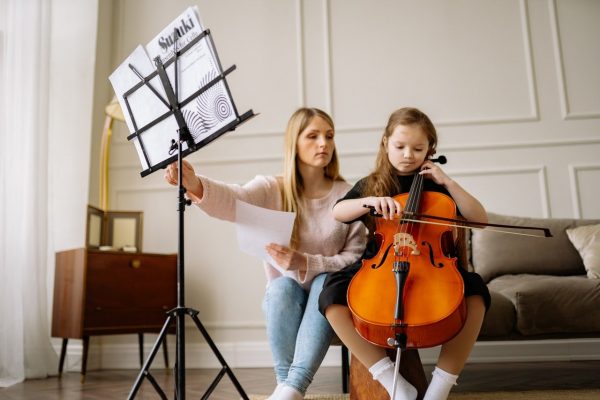 How long does it take to learn cello?

On average, it takes two to five years to learn the cello. How long it takes depends on some of these factors:

Keep in mind that the cello is one of the hardest instruments to learn how to play and that it is extremely hard to teach yourself how to do it. You are well-advised to hire a music teacher who will guide you through the process. Remember that learning how to play the cello requires a lot of practice and dedication.

How much does a cello cost?

Is the cello easier than the violin?

Most people who have tried playing both the violin and the cello claim that the cello is easier to play due to its more natural position. Even though the violin position may seem awkward at first, most advanced violinists agree that it becomes more natural over time. Whichever instrument you choose, you will have to put in a great deal of effort to learn how to play it well. If you are learning how to play the violin, read our article to find out if you should practice violin with a tuner.

Is the cello just a big violin?

Well, not exactly. It may resemble violin and viola, but the first obvious difference is that it is much larger. The cello is around four feet long. It also has thicker strings than both the violin and viola.

When it comes to the sound quality, the cello is often thought to sound almost like a human voice. The cello can produce a wide variety of tones. It makes both warm, low pitches and brighter, higher notes.

How is the cello different from the violin?

The cello and the violin have many similarities because they both belong to the same family of instruments. They also have certain similarities in technique. Let’s now take a look at some of their major differences.

The cello is heavier, it takes up more space and it is harder to move around. The cello and its case weigh around 7 kg. The violin is lighter and therefore easier to carry and handle. A typical full-size violin is around 40 cm or 16 inches, whereas an average full-size cello is three times the height of a violin, so you can do the math. It is around 120 cm or 47.5 inches.

The cello’s strings are C, G, D, and A, starting from the lowest. This is how they are tuned:

Both the cello and the violin bow are usually made of the same materials. The hair of the bow is typically horsehair. The cello’s bow is shorter than the violin’s bow, but it has a larger surface area of horsehair, where it comes in contact with the strings. Since the cello’s strings are larger, they need more horsehair to vibrate with a good tone. The violin’s bow is more delicate and elegant.

Instruments that belong to the violin family typically don’t have frets due to the reasons we outlined in this article. That fact, among other characteristics that they possess, makes learning how to play them that much harder. Despite the fact that learning how to play the cello is difficult and it requires effort and determination, it is undoubtedly, one of the most gratifying and majestic instruments.