Why Do Guitar Amps Have 2 Inputs? 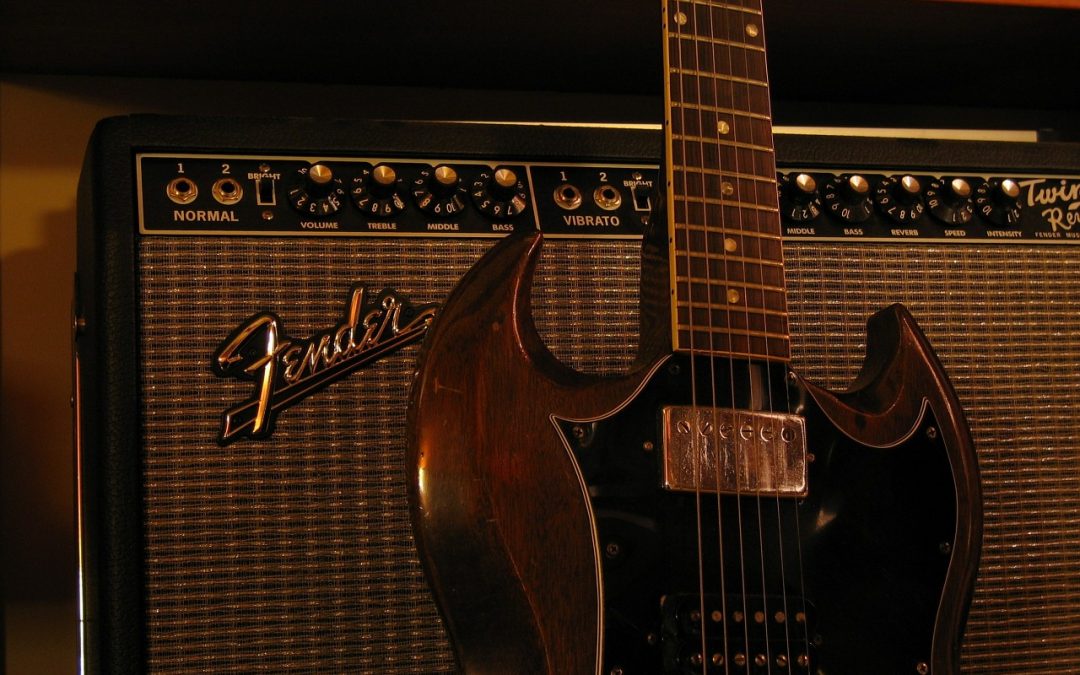 Even after all these years of constantly improving DSP (or “digital signal processing”) technologies, the good old guitar amplifiers are still the way to go for most of the guitarists out there. Sure, you can profile and model these old amps, but, according to a huge portion of guitar lovers, there’s nothing that can fully replicate some of the classic old tube amplifiers. Well, at least not yet. But no matter your preferences, you’ve definitely seen guitar amps with multiple inputs and have wondered “why do some guitar amps have 2 inputs?”

Well, in simple terms, the concept of having two different inputs for the same channel is about getting a slightly different tone. Using different inputs is usually implemented either for different kinds of pickups or for those who prefer to use different types of pedals before going into an amp.

Sure, there are no strict written rules here on where you should plug your guitar into, and you can try both inputs with your setup to find out the best option for your needs. However, to further explore this topic, we’ll be looking more into amplifiers with two or more inputs and explaining some of the details about this all works.

Why Some Guitar Amps Have 2 Inputs?

So what’s the deal here? For this, we’d need to go back to the 1950s and the distinction between two types of pickups – single-coil and humbuckers. The whole idea was to have two separate inputs that would help players help get the best out of their guitars.

If we take an old school Fender Camp, for instance, we’ll notice two inputs labeled as “1” and “2.” Essentially, the first one is a low-impedance input, while the second one is a high-impedance input. What this means in a practical sense is that the second input reduces the signal that comes from your guitar, usually by 6 or more decibels.

Sure, 6 decibels is not much, but it can help you ease things up with a humbucker that has a “hotter” output. This is especially useful if you’re playing an instrument with active electronics and you often hear the amp “cracking up” when you don’t want it to. So the general consensus is that you should plug single-coils into the input “1” and humbuckers or active pickups/electronics into the input “2.”

Sometimes, the inputs can be labeled as “hi” and “low,” which leads people to think that it’s about “high” and “low” gain inputs. But this actually refers to impedance.

Speaking of common misconceptions, a lot of them are related to the lifespan of your amp’s capacitors. Follow that link to find out more!

What Is Impedance and What Does It Have to Do With My Guitar Tone?

All of the components in a guitar’s electronics cavity give a certain impedance level. Additionally, an input jack on an amp also adds some impedance, it’s just about how much. To put it simply, the higher the impedance, the quieter it gets, and vice-versa. However, having more impedance can also sometimes “deafen” the tone and make it sound a bit “dull.”

But it’s up to you to experiment and find what works for your needs.

Can I Plug 2 Guitars In This Kind of an Amp?

Technically, you can plug two guitars into two separate inputs of a guitar amp. However, the resulting tone wouldn’t be as good and you’d probably experience some unwanted sounds as a result. You can, however, use a small mixer before going into an amp. But this is still not the best option as the guitar tone will most likely lose some of its qualities.

There are some Fender amps with two inputs next to each other, with one being labeled as “FTSW.” However, this one is for a footswitch and would do nothing if you plugged your guitar into it. Technically, the amp like this one has just one guitar input.

However, you’ll find guitar amps with 2  separate channels and 2 separate inputs for each. Instead of using a footswitch to toggle between these different tones, these amps actually implement different inputs. This is the case with some Fender amps, which had both high and low-impedance inputs for a regular channel and a channel with a vibrato effect.

Some other examples also include amplifiers with “normal” and “bright” channels, with the latter bringing in more high-ends into the equation. This is, for instance, the case with some old Marshall “Plexi” heads or Fender Bassman heads. Some amps will also come with 6 input jacks, but that’s not as common.

Things might get a bit complicated here. There’s this thing called “jumpering”. The process involves using an additional cable. You plug your guitar into the input No. 1 and then take the separate cable to connect the No. 2 jack of the first channel and the No. 1 jack of the second channel. Of course, you can do the same thing just the other way around, by switching the first and second input of a channel, depending on your needs.

The method in question can also be used to chain multiple heads together. However, this way, you’re using a direct output from the preamp section and into a preamp or a power amp section of another guitar amplifier.

It’s All About the Volume and Tone

At the end of the day, it’s all about getting the tone that you prefer, as well as controlling the volume of an amp’s output. Additionally, these are all tube-driven amps, meaning that they get “dirty” when you push the volume up.

But whether you’re jumpering or just playing around with different impedance inputs, you should always do A/B testing and see what works the best for your needs. For instance, try plugging your guitar in the input where it traditionally shouldn’t go and compare it with the original one. Who knows, maybe you’ll like the results.

Jumpering can be particularly interesting, especially when trying it out with different guitars and using different combinations. Sure, it will take some time, but it’s all a part of your neverending pursuit of finding the perfect tone.

Do I Really Need an Amp With 2 or More Inputs?

To be fair, having two inputs on an amp these days might not have much of practical value. Well, it has if you’re really into old-school kind of rigs and settings and you really want to have that old Fender Champ or Vox AC30 amp. 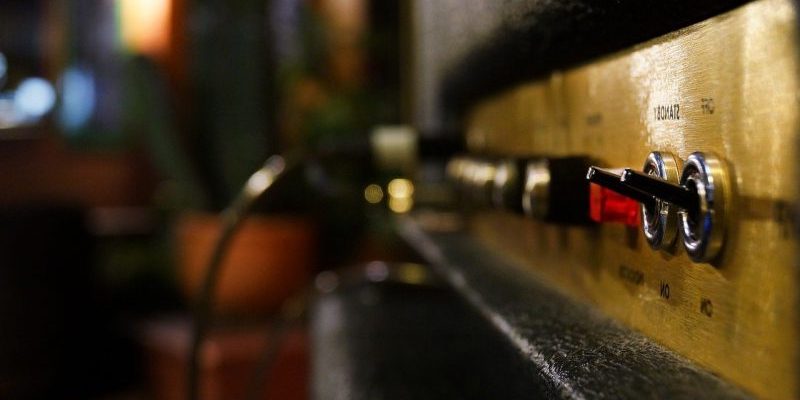 But in today’s very diverse market of modern amplifiers, digital modelers, as well as additional devices in form of pedals, the need for such an old type of setup is questioned. For instance, with a piece like Line 6 Helix, or Fractal Audio Axe-Fx III, or any of the Kemper profilers, you’ll be able to pull off some pretty convincing tones, even emulating different types of inputs on an old tube amp.

After all, two different inputs for a single-channel amp are an old concept (dare we say “outdated” without making vintage lovers angry?) that helped guitar players get the best out of their gear. And just imagine how unnecessarily complicated those 4 or 6-input amplifiers are in this day and age.

In fact, the multi-input concepts worked to cover the trends that were present in the gear industry back in the ’60s, ’70s, and ’80s. At this point, it’s more of a relic of the past rather than a crucial feature that you’ll really need. If you like it, that’s fine, but there’s no need for it with modern approaches to guitars, amps, pedals, and other gear.