How Long Do Capacitors Last in Amplifiers? 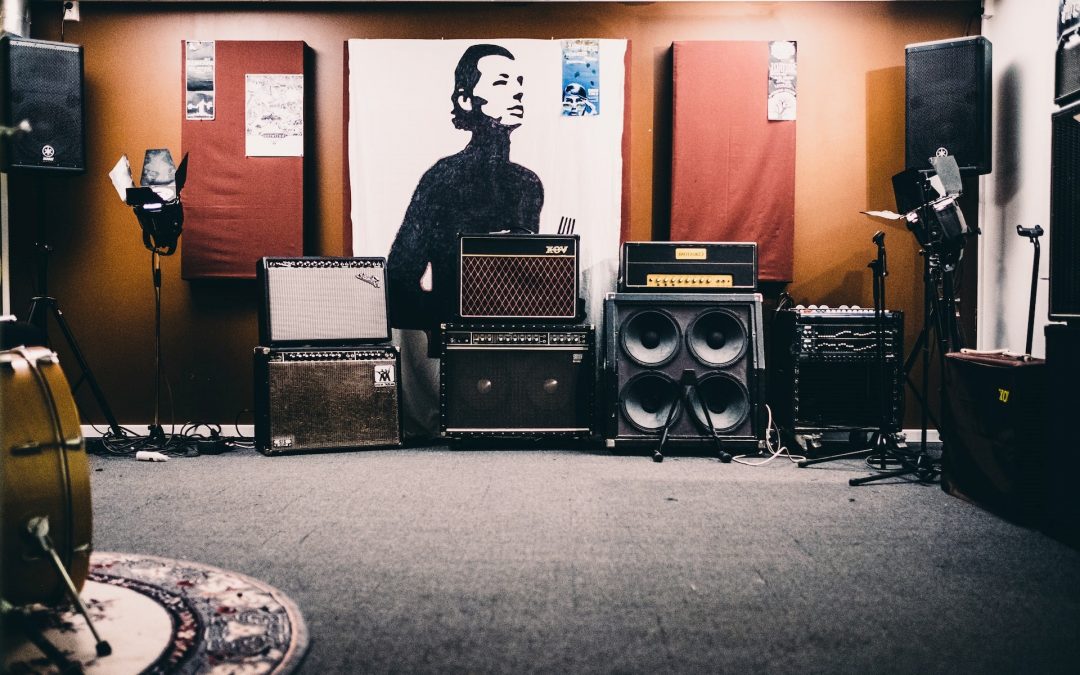 We talked about amplifiers deteriorating with age a little more than a week ago. Now it’s time to get a bit more specific and consider just how long capacitors will last in amplifiers. If you’re looking for that kind of info, don’t hesitate to check out this one!

So, what are capacitors anyway? What’s their role inside our precious amps? We’ll talk a little about that, too. We’ll take a guess and say you’re used to seeing the we’ll-expand-our-main-topic-to-cover-the-basics scenario in the articles we’ve published on this website. So, yeah, as always, stay tuned!

Usually, the electrolytic capacitor’s lifespan is about 1000-2000 hours of usage, while top-quality ones can live up to 5000 hours or more. At least that is how manufacturers rate capacitor longevity. However, these numbers stand still only if certain conditions are met. For instance, if your capacitors are running above their rated temperatures, that will reduce their lifespan.

Next time when someone asks you how long capacitors last in amplifiers, your answer won’t be longer than the snippet above, and that’s no good. Therefore, read the whole thing!

What are capacitors in amplifiers?

As we’ve promised, we’ll cover some basics first. That being said, the most obvious of questions comes to mind: what are capacitors in amplifiers? Also, what’s their role? Let’s take a closer look!

Okay, so you’ll want to know that a capacitor is a device that accumulates electrical energy in an electric field. We’re talking about a so-called passive electronic unit with a pair of terminals, whose effect is called capacitance. Therefore, capacitors are units that were meant to add capacitance to a circuit.

Here’s some good old it-cannot-hurt-you-to-know trivia: capacitors were originally called condensers or condensators. Those names stuck mostly in languages other than English. In the English-speaking world, capacitors are capacitors. Oh, and there’s one exception worth mentioning: condenser microphones.

What role do capacitors play in amplifiers?

Here we’ll show you the two main roles capacitors play in amplifiers. Other than those two, they serve a lot of different purposes, but the margins of this article don’t allow us to tackle ’em all. Anyway, shall we begin?

Inside amplifiers, capacitors act as:

Let’s see if there’s anything else we’d like to mention in the simply-talking-’bout-the-basics section. Also, are you wondering whether you’re able to plug 2 guitars into a single amp? If so, follow that link.

Which capacitor is best for audio?

If you’re an audiophile (which we reckon that you are), you’re going to find this info useful. Anyway, your fellow audiophiles note that the best capacitor types for audio circuits are the following two: polystyrene and polypropylene.

They add that polystyrene should be your first choice. However, these capacitors are only available in values up to 0.001 uF (microfarads). Above that point, your choice should be polypropylene capacitors since they have almost the same qualities of dissipation factor (DF) and dielectric absorption (DA) as their polystyrene counterparts. You’ll want to know that these two (DF and DA) are the two most important capacitor traits when it comes to audio applications.

Okay, that should’ve done it for the introductory section. It’s time we consider the question we’re all here for, and that is: how long do capacitors last in amplifiers? 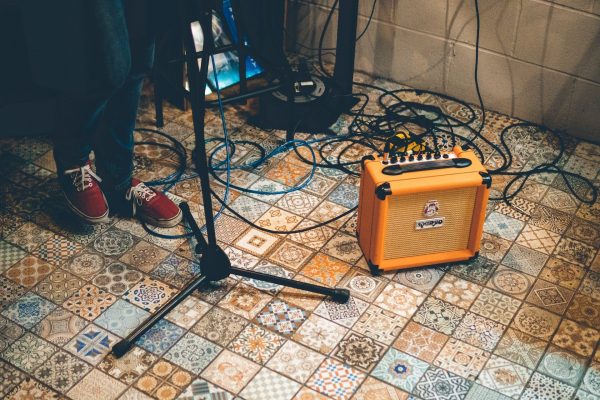 How long do capacitors last in amplifiers?

Without further ado, let’s consider the lifespan of capacitors that can be found inside amplifiers!

Here’s the thing: electrolytic capacitor manufacturers measure the lifespan of their products in hours. Your average capacitors will have an expected lifespan of about 1000-2000, while some top-quality ones will live up to 5000 hours and above. These capacitor lifespans stand still if certain conditions are met. For instance, if capacitors are operating above their rated temperature (usually, we’re talking about 85, 105, or 125 °C), that will significantly reduce their lifespan.

So, how can one extend the life of their amp’s capacitors? Well, you’ll need to install some fan cooling or heatshields, or you can think about better component placement, keeping your capacitors away from high-power resistors, output devices, and so on.

All in all, when everything’s summed up, folks say that top-quality capacitors will last you about 10-15 years on average. It all depends on the product itself and its environment. Okay, now that we’ve given an answer to the main question, let’s see if there’s anything else worth mentioning in relation to amp capacitors.

Do capacitors get weak over time, and if so – why?

Now, of course, a capacitor, just like any other electrical component, is subjected to one of life’s most painful truths: the passage of time. Before we get all melancholic about it, let’s provide you with some proper answers.

Okay, so much like your average rechargeable battery, a certain capacitor’s trait to store & release energy gets weaker & weaker as time passes. It’s in the direction of the slow evaporation of electrolyte that you’ll want to point your finger. Basically, it’s pretty much inevitable that capacitors will wear out at some point. However, as long as you’re on guard, watching out for signs of faulty capacitors, they’re somewhat easy and not that costly to fix. Speaking of signs to watch out for, check out the next paragraph.

What are the signs of faulty capacitors to watch out for?

Here are the signs of capacitor failure that you’ll want to watch out for.

Of course, the first sign that something might be wrong is poor sound coming out of your amp. As we’ve said, an electrolytic will eventually lose its battle with time, as it dries out. Therefore, its insulator will find its way to the inconsistent side, and as an addition – its electronic characteristics will drift. Needless to say, this will cause issues with the dynamic range of the sound you’re producing. For instance, you’ll hear the crackles in it, and your amps will sound weak.

Oh, and here’s a little something on the side: an article about why guitar amps have 2 inputs.

Let’s say that your capacitor’s poorly made, or the circuit’s got excessive voltage. In such a scenario, the chemical insulator will most probably leak out of the bottom of the capacitor. This is a serious situation since not only has this component failed, but it has also exposed the circuit board to a slightly reactive compound. Quite possibly, it affected the neighboring components and copper foil of the board. All in all: if you’re to notice chemical ooze surrounding your amp’s capacitor, it has failed.

Here’s the thing: a faulty capacitor is able to (and will probably) emit a little puff of black smoke. You can notice this easily since it will “paint” the insides of your amps with dark soot. If you’re to notice such a thing happened, you’ll need to detach the device from the power outlet ASAP. Although the smoke’s pretty darn unpleasant, it’s not harmful – it’s only the electrolytic chemicals burning inside the capacitor. Speaking of things that might be able to do some harm, here’s whether a tube amp can kill you.

This one’s pretty simple to notice: if the capacitor has some bulges on itself and its top is cracked, then, well… We’ll take a guess and say there’s no need to finish that one. All in all: if the component fails, the electrolyte chemical will begin to expand, thus pressuring the capacitor’s case.

Why do capacitors fail?

Here we’ll show you some of the causes of capacitor failure. Stick around!

The effects of humidity on your amp’s capacitors are downright negative: moisture will decrease dielectric strength and constant, reduce insulation resistance, and result in higher-than-normal leakage currents. So, what do you get in the end? You get decreased voltage breakdowns and higher internal temperature.

As we’ve already noted, higher temperatures cause capacitors to fail. That’s because the process of electrolyte evaporation is boosted once capacitors are “introduced” to overheating.

The so-called dissipation factor is a complicated function related to the capacitor’s inefficiency. This factor might vary either up or down in accordance with the temperature increase, depending, of course, upon the dielectric material.

Last but not least, let’s show you how to replace amplifier capacitors. Here’s the thing: while doing a so-called cap job, you’ll need to consider certain procedures:

Lastly, you might want to talk about this with a technician. Speaking of which, here’s how much it costs to get amps biased.

Alright, folks, that’s about all there’s to say on the subject of just how long your amp’s capacitors will last. We hope you’ve had some good clean fun reading this one. For additional amplifier-related tips & info, pay a visit to this page.