Why Does Playing Guitar Make Me Sleepy? 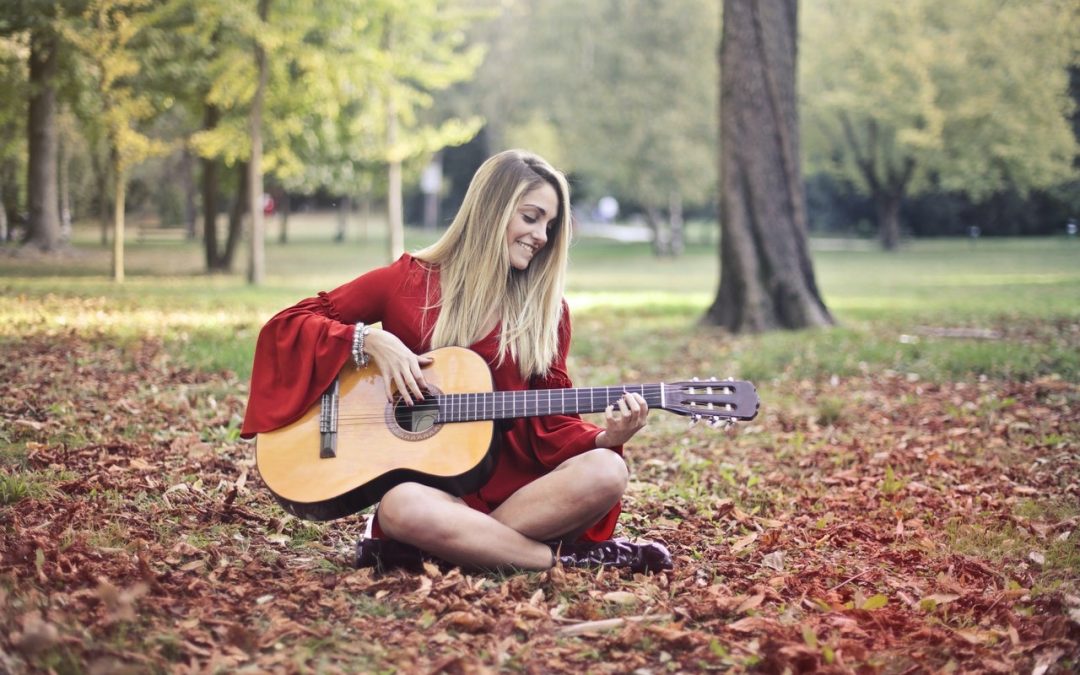 Okay, so we’ve all heard tales about folks playing guitar for more than 10 hours a day and other guitar-related myths (to be completely honest, some of them are true) or guitarists playing with constant ringing inside their heads. But, has anyone ever heard about people that fall asleep during practice? Yup, that’s right. For all we know, you could be one of those folks wondering: alright, so why does playing the guitar make me sleepy? Isn’t it supposed to be the opposite?

So, what’s behind the phenomenon of falling asleep while doing what you love the most – playing guitar? If you were to check out online message boards, you’d see a number of folks reporting this issue. That’s why we’ll elaborate on it today!

Many folks practice their instrument after a long working day. It’s not surprising they feel tired and drowsy when they sit down to play. Also, some of them are just jamming away, without focusing on a single song. The lack of concentration leads to feeling sleepy. Lastly, some folks probably feel way too relaxed once they hear their favorite instrument.

Wondering if there’s more to it? Keep on reading and you’ll find out pretty soon!

How and when does it happen?

I’ve got lots of energy and can’t wait to pick up the instrument and start playing. Unfortunately, as soon as half an hour into practice, I become drowsy and my head starts to fall down as if I’m attending a lecture on lesser-known trends in agriculture or something. What’s the deal with that?

Also, most guitarists complaining about this issue notice it happens while they’re just jamming away by themselves. In other words: when they’re not practicing any song in particular. Some even report dealing with this issue for more than a couple of years. All of these (unlucky) musicians unanimously agree that this issue is sometimes way too irritating.

It’s not just the good old head-falling-down-at-times trip. These folks literally wake up with the instrument in their lap, so one might feel like an aging rock star failing to impress his grandchildren.

For those of you that don’t play any instrument, we’ll provide an example of what this issue might feel like. Let’s say you’re doing an 8-hour shift. You’re either at the office or at home, daydreaming about reading a book you’ve just bought, or playing a long-awaited video game that just came out once the working day’s over. You end your shift and do whatever it is that you eagerly wanted to do after work. Suddenly, you notice there’s not much energy left in your body and that you need to replenish it (by going to sleep).

The paragraph above sounds like a bummer, right? Well, it is one, that’s for sure! You might already have an idea about what’s causing this issue. Let’s what we came up with!

A hypothesis (or two) on why this issue occurs

As far as we know, there hasn’t been done scientific research on the topic of falling asleep while playing guitar. That’s why we’ll try to provide you with a couple of hypotheses on why does playing the guitar make some people sleepy:

Have in mind these opinions aren’t backed by scientific research. This is something you’d call intuitive thinking. While some of it might be completely true, some of it mightn’t. But, let’s focus on something else. In the next section of the article, we’ll show you how to deal with feeling drowsy and sleepy once you sit down to practice your favorite instrument. 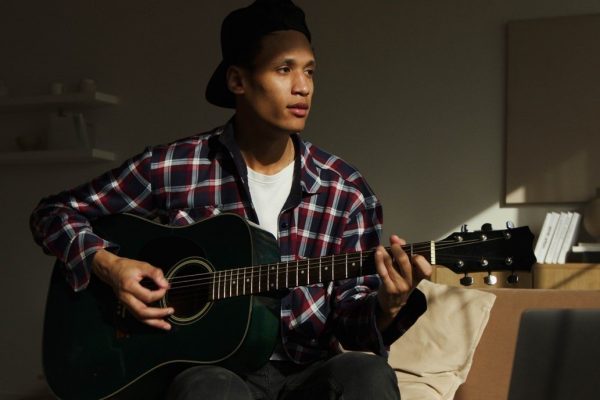 How to deal with feeling sleepy while playing guitar (and in general)?

Okay, so we don’t want this article ending with alright, that’s probably why you’re feeling sleepy while playing guitar, the end. That being said, we’ll try to introduce you to something of a solution to this problem affecting your relationship with the instrument. Also, the suggestions we’ll give you are, unlike the paragraphs above, scientifically-backed, so… Yeah, you might want to give these a try!

We’re sure everyone knows how food can make us feel pretty darn sleepy. That’s why instead of a few larger meals, disperse your daily share of food. In other words: instead of waiting for ten hours between a big lunch and an even bigger dinner, eat a healthy meal every 3 to 4 hours. This will help you prevent feelings of drowsiness one gets after eating a large (unhealthy) meal.

A little exercise never hurt anyone

So, what about doing a little physical activity before you sit down to play? Scientists concerned with the way our bodies function say that even a single 20-minute walk is enough to gain some much-needed energy. Now that you know that, you might want to walk home from work sometimes, or do two series of push-ups before placing the instrument in your lap.

Did you know that stress consumes our energy like a wildfire? Even though that was a bit lame comparison, you get the point. Anyway, how does one reduce the stress levels on a daily basis:

Once you get rid of all that stress plaguing your days, you’ll suddenly feel your energy levels going up to a point you never thought was reachable before.

There’s nothing less rock’n’roll than drinking water and avoiding alcohol at the same time, right? Well, that’s not completely true. The whole rockstar image needs to be debunked and deconstructed since too many lives were lost to it. The whole auto-destructive poor-old-me-drinking-again type of personal presentation should hold no place in what we consider true musicianship. Still, the best artists are somehow always followed by various vices.

Anyway, we got a bit carried away there (it’s a delicate topic). In order to feel more energetic, you might want to think about drinking less alcohol. Even if you spend 8 hours in bed (sleeping) after a serious drinking episode, there’s no way you’ll feel rested in the morning (or whenever you wake up). Quite the contrary! You’ll feel like someone drained your vitality in a second.

We’re not sure how we’ll surprise anyone with this one on the list, but have you tried drinking coffee before guitar practice? Even though consuming this caffeine-filled beverage isn’t the healthiest thing out there, it’s not that bad to enjoy it from time to time. That’s why you should go ahead and give it a try!

Why does playing guitar make me sleepy and how to prevent the issue? – a quick summary

As we’re pretty close to the southern margin of this text, it’s best we do a summary of the things we’ve talked about today. So, why does guitar playing make some people sleepy or drowsy?

First of all, most folks practice in their spare time. That means some people play their instrument right after the working day’s over. It’s no surprise one feels sleepy. Also, some guitarists note that this issue comes up once they’re not practicing a certain song, but rather just jamming away. The lack of focus and concentration of learning a single song might be the thing that’s causing sleepiness.

Additionally, there’s a chance some folks feel sleepy when playing guitar because the sound takes them to a safe space. That’s basically a prerequisite for starting the sleep mode. Okay, and how does one prevent this issue from occurring?

Alright, folks! That’s about it for today! Hopefully, this will help you make the most out of your guitar practice! For more guitar-related tips and info, make sure you click here.