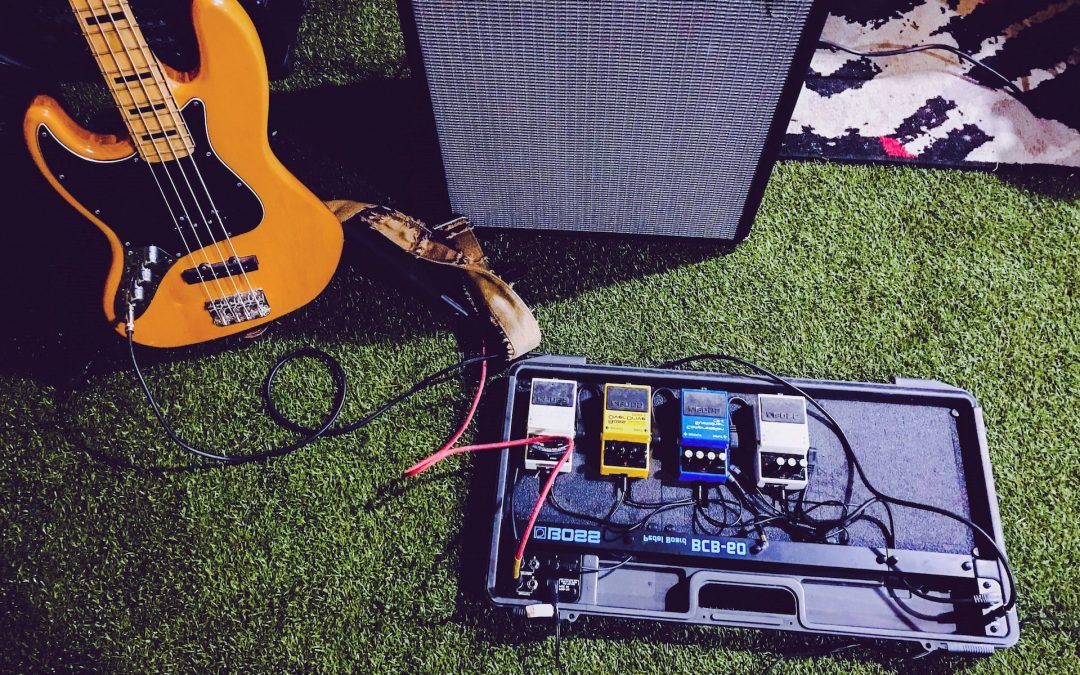 Let’s say you’ve recently bought yourself a bass, and you’ve got a Line 6 amp sitting in your basement for who knows how long. There’s a good chance you’re wondering whether you can match the two pieces of your audio equipment. In other words, you’re dwelling on the idea of using a Line 6 amp for bass.

If the above lines are true, we’ve got a lot to discuss today. In the article that you’re about to read, we’ll show you everything you need to know about the subject of Line 6 amps, besides, of course, answering the question in the title: can I use a Line 6 amp for bass? Stay tuned!

Plugging your bass into a Line 6 guitar amp isn’t really something you’d call recommended. However, if you don’t have a bass amp and you want to practice bass through a guitar amp, you’re able to do it. Just make sure that you keep the volume very low, and that you’re not using a tube amp.

Getting away with reading just the snippet ain’t the tiniest bit recommended. Therefore, read the whole thing!

Before we continue talking about whether you’re able to use a Line 6 amp for bass, let’s take a little break and consider some of the basics first. That being said, let’s discuss what is Line 6 anyway. Is it an audio equipment manufacturer, or something else?

Of course, Line 6 is the name of a musical & audio equipment manufacturer founded back in ’96, with HQ in Calabasas, California, US. So, what do they produce? You’ll want to know that Line 6 products include: electric/acoustic guitars, basses, guitar & bass amplifiers, USB audio interfaces, and many more. Here’s some fairly recent news: ever since the winter of 2013, Line 6 is a wholly-owned subsidiary of YAMAHA, a Japanese multinational corporation.

What’s so special about Line 6 amps?

In other words, what makes people buy Line 6 equipment, especially – amplifiers? First of all, we should note that Line 6 is one of the most successful audio & musical equipment manufacturers out there. However, they don’t have something you’d call a good reputation among musicians. We’re sure you know that folks who play music can get a bit snobbish and arrogant (and here’s why that’s so), but are they right about Line 6? Also, how come Line 6 amps sell well and have a bad reputation at the same time?

As we’ve said, Line 6 amps have suffered some negative comments. Some of them were spot-on, and some of them weren’t. So, where did the hate start? It all began when Line 6 released Spider amplifiers in the early 2000s with folks realizing their sound wasn’t as good as they expected it to be. Still, to be completely honest, there were a few modeling amps that had a good sound back then, but the Line 6 Spider series suffered the most critics.

Even though things have changed and Line 6 has made some major improvements to the current Spider series, the company’s reputation remains the same. It’s kinda unfair that there’s a new generation of guitarists growing up thinking Line 6 amps “suck”, without ever trying them out. In our opinion, here at Music Gear Heads, this whole thing is a bit unfair. That being said, let’s consider some good things that can be said about Line 6 amps.

You’ll be happy to hear that newer Line 6 amps really don’t deserve the kind of hate older Spider amps got. Here’s the thing: the irritating fizz of the original series is history, and both clean & high-gain tones are something you’ll want to consider as great improvements. Also, additions such as the drum machine and looper shouldn’t be left unmentioned. All in all: opting for Line 6 Spider amps means that you’ll get to enjoy a vast array of sounds, along with knowing you’ve bought yourself a fantastic practice amp that’s ideal for folks who’ve just recently picked up an instrument.

Okay, enough with the intro section! Without further ado, let’s tackle the main question: can you use a line 6 amp for bass? 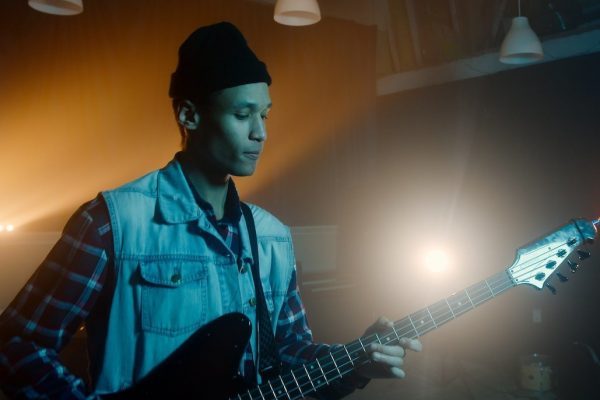 Since Line 6 manufactured bass amps, too, there’s no need to emphasize that you’re able to plug your bass into them. Here’s the kind of bass amplifier we’re talking about. Anyway, we’ll need to consider whether you can plug your bass into a Line 6 (Spider) guitar amp.

Can I play a bass through a Line 6 Spider?

Most folks that get the idea to plug their bass guitars into ordinary guitar amps (such as the Line 6 Spider) wonder whether such an action will cause some harm to the latter. In other words, will it damage the speaker? Here’s the answer:

So, what’s there to be done? We suggest you simply use your Line 6 guitar amp with a pair of solid headphones until you can buy yourself a cheap bass amplifier.

Why plugging your bass into a Line 6 amp will blow out the speaker?

Here’s the thing: your bass demands large wavelengths of sound. Therefore, it requires a lot of air movement from the speaker. Okay, so that means the speakers that move bass will have to be large and move a lot. Needless to say, guitar amp speakers don’t match that description.

Can you play a bass through a tube guitar amp?

There are many reasons why a person would try playing their bass guitar through a regular guitar amp. For instance, they can’t afford to buy a bass amplifier. Or: they want to do some sound experimentation. It could come as a result of a certain guitarist’s will to learn bass on the side.

As we’ve already noted, you’re able to play your bass guitar through an ordinary guitar amp. However, you should keep in mind that it can only serve as a low-cost substitution for a practice amp. That’s because an ordinary guitar amp isn’t made with the intention to manage the low frequencies of a bass guitar. Therefore, playing your bass through a tube guitar amp on anything else that’s not a lower volume is potentially harmful to your guitar amp.

Oh, but what about tube amps? Most experts would recommend you steer clear of the idea. That’s because you could very well risk breaking one of the power tubes that are, as you might know, made from fragile glass material. They could break as a result of the harsh low frequency of the speaker rattling. Speaking of tube amps, here’s an article about whether they’re obsolete.

All in all: if you decide to play your bass through an ordinary guitar amp, make sure that you use a reliable solid-state amp, and not a tube amp which some folks think can kill you (no joke). Also, don’t forget to play at a low volume.

How do I make my bass sound better with a guitar amp?

Lastly, we’ll talk about getting your bass to sound better when using a regular guitar amp. There are a few things you can do. For instance, if your guitar amplifier’s got specific controls for the bass, mids, and treble, you can:

What will these actions do? They’ll make your bass sound less bright and sharp. You’ll get a fuller & warmer tone, so your instrument will actually sound like a bass guitar rather than some weirdly sounding regular guitar.

Also, your amp might have other controls such as:

Okay, all that’s left is to say goodbye!

Alright, that’s about it for this article. Anyway, we hope you’ve enjoyed reading it as much as we did writing it. Stay tuned for more useful info that’ll appear pretty soon on our blog.