Why Do Guitar Players Move Their Mouths When Playing? 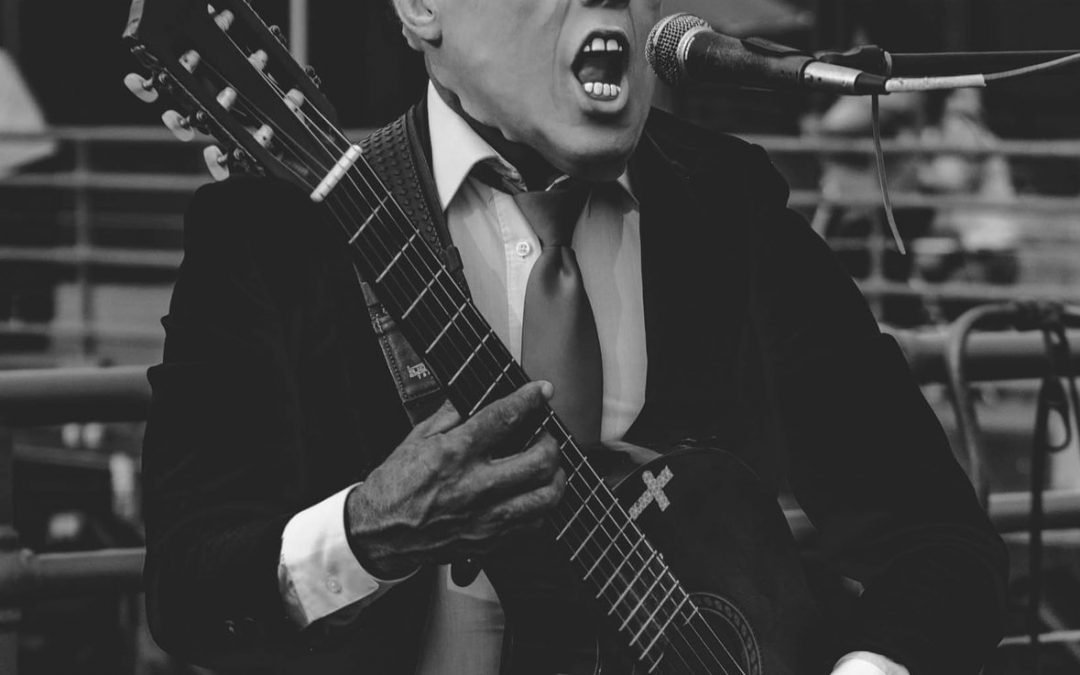 Let’s say you’re watching a rock-and-roll concert with a couple of your best buddies. The band on the screen’s quite renowned for their guitar player. You notice the guy can’t shut his mouth during a solo. You’ve probably seen other guitarists doing just the same. Therefore, you wonder: what’s the deal with guitar players and their mouths?

If the above scenario somehow resembles your experience, well… Yeah, we’re quite sure you’ll love today’s article! We’ll finally answer the age-old conundrum: why do guitar players move their mouths when playing the instrument? Stay tuned!

Guitarists move their mouths for the same reasons why folks use hand gestures while talking. Both your hands and your face belong to the same type of muscle groups and they’re tightly interconnected inside your brain. When practicing a difficult song, you invest too much concentration into your hands causing some of that force to spill onto your face.

Of course, there’s more to this issue than a couple of let’s-sum-it-up sentences! Keep on readin’ to see what we mean!

You might be wondering how come we’re talking about this topic today. Well, let’s just say this question’s pretty darn popular among music lovers worldwide. If you’ve ever watched Beavis & Butthead, you’re familiar with how folks comment on certain musicians. We won’t mention what the famous animated duo said about the lead singer of AC/DC. Although it’s pretty funny, as one can easily guess. Here’s a little hint: it has something to do with an unbearable stomach ache and its potential outcome.

Anyway, if the folks weren’t talking about guitarists making faces and moving mouths on various internet forums, we wouldn’t be writing about it! Here we’ll introduce you to some FAQs that always seem to come up once this topic arises!

Why do people make weird faces when playing guitar?

The thing is: it’s all about the focus. If you’ve ever tried playing guitar, you probably know that it ain’t an easy thing to do. Especially if you’re tackling some harder stuff. Professional guitar players make faces on stage because they’re completely focused on their playing and the sounds that come out of their instrument. Here’s a more in-depth explanation:

If you’re wondering what a so-called stank face is, you’ll find the answer in one of the paragraphs below.

How do I stop my face playing guitar?

If your guitar-playing face concerns you a lot, try practicing in front of a mirror. It’ll allow you to try out switching from your guitar face to your normal, relaxed face. You’ll learn to control your face via muscle memory! However, there’s a good chance that the above instinctual reflex can’t stay hidden all of the time!

A quick digression: can’t simply stop playing the guitar? Find out why by following this link!

Why does my mouth move when I concentrate?

We’ve already mentioned something about this in the answer to the first question. Let’s see some additional info on the subject. The thing is: our tongues are connected to the language centers right inside the brain. Therefore, our tongues do sometimes move shaping certain words as we’re thinking. It’s just a huge collection of data sent to the brain that somehow needs to be discharged.

Why do guitarists close their eyes?

There’s a good reason why most of them do it. The thing is: when guitarists close their eyes, they want to be immersed in the depths of soundscape deeper than they already are; they want to become one with the music that’s coming out of their trusty guitar. Guitarists and other backup musicians don’t really have to keep their eyes on the audience most of the time (unlike singers).

Why do musicians make stank face?

Okay, now we’ll consider the question we’ve promised to answer earlier on: what’s a stank face? The so-called stank face is a facial expression made by various musicians and music lovers worldwide (most notably: the ones involved in certain music genres such as funk, jazz, hip-hop, etc.). At first sight, it seems as if they’ve smelled something foul. However, by making the stank face they’re showing appreciation and respect for a certain drum beat, or a guitar riff, or a bassline, or basically – whatever that gets the groove going!

All in all: it’s got nothing to with smelling this or that. Okay, so that’s about it for the introductory FAQ section that’s associated with guitar player moving their mouths while playing! Let’s see what’s in store for the main section of this article! 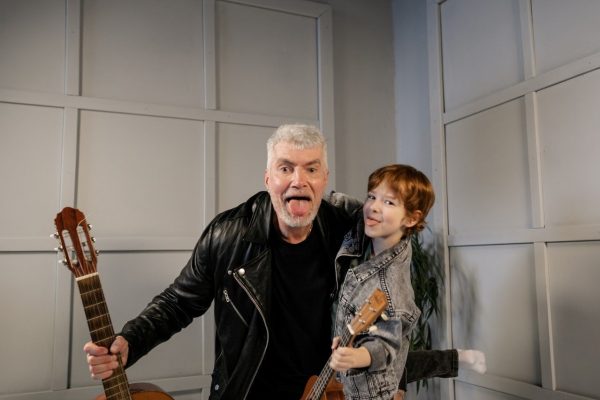 Why do guitar players move their mouths when playing?

Here’s something you’d call an overview of the issue (if we can call it an issue at all). Anyway, guitar players are moving their mouths for the same reasons why folks use hand gestures while talking. The thing is: both your hands and your face are the so-called high-dexterity muscle groups. That means they’re pretty tightly interwoven inside your brain. By playing an intense and difficult song, you’ll invest so much concentration into your hands and the same signal will spill over onto your face, causing the ticks that are the main issue of this article. Most likely, the first ones to react will be your mouth and tongue, but sometimes the cheeks like to join in on the fun!

The more you master a certain song, the fewer ticks will appear on your face since you’ll need to concentrate less than before while performing it. Knowing this will help you grow into a skillful musician; you’ll have a fun way to track your progress.

We’re not done yet! Here we’ll try to answer some more interesting guitar-playing-related questions one might ask!

Does playing guitar change your brain?

Here’s the simplest answer: it does! Numerous studies have shown that playing this wonderful instrument (and here’s where you’ll find all about it) boosts the grey matter inside the brain. In other words: guitar playing improves the power of your memory! If you’re a guitar player, your mind will age with certain dignity; time won’t do much damage to it! There’s no need to emphasize the fact that memorizing all those chords and playing seems like quite of a workout for the brain!

Why do guitarists wear wristbands?

Speaking of workouts… Yup, sometimes playing the guitar can be quite of an exercise, and when we exercise – we sweat! Imagine you’re playing a live show and sweat starts “leaking” into your eyes. Doesn’t seem like you’ll be having a lot of fun, right? That’s why you’ll need to handle the sweating problem in the simplest manner available. See the words below!

Sporting wristbands and headbands will help you tackle the issue. Not only does sweat distract you from giving the audience all you’ve got, but it can also eat through the finish of your trusty instrument. That’s why it’s so important you find a way to soak it up!

What is bass face?

Here’s the main thing about bass face: you’ll know one, once you see one! It can take on many shapes, styles, and forms: anything from pure, unobstructed ecstasy to confused, yet undeniable rage. There are some bassists that marched into rock history wearing their so-called bass faces. Remember Metallica’s Robert Trujillo?

Well, it’s basically for the same reasons why guitar players move their mouths. Sometimes bass players have a hard time juggling their brain’s sensory neurons, motor function, and cognition; that confusion seems to manifest itself best right on their faces.

Speaking of bass players, here’s why it takes too long to find one!

Why do guitarists have long nails?

You’ve probably seen many guitarists sporing longer nails on their picking hand. There’s a good reason why that’s so: guitar players use longer nails to boost the attack of each note they struck. To phrase it a bit differently: long nails can act as natural picks attached to the player’s body. The thing is: the end of the long nail will strike the guitar string parral with the actual finger (not between your thumb and index finger). Therefore, it’ll boost the overall power of a single note!

Oh, and if your thumb hurts while you’re playing your favorite instrument, visit this link.

That’s about it on the subject of why guitar players move their mouths when playing, music-loving folks! We hope you’ve had some fun reading about these interesting topics circling around the world of string instruments!

If you’re wondering where to find more interesting tips, tricks, and various music-related stories, pay a visit to our blog page!