Why Do Squier Strats Have Two String Trees? 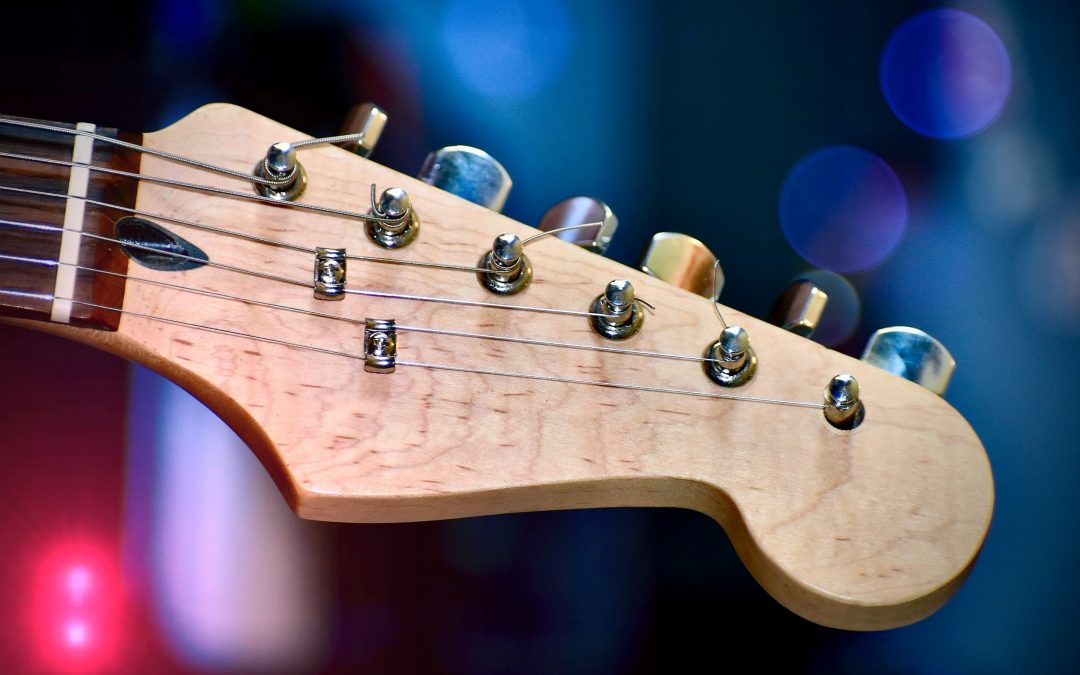 You might’ve noticed these two small metal widgets attached to your Squier Strat’s headstock. Fender Strats also have them. That being said, there’s a chance you’ve asked yourself: now, what do these little buggers do? They’re called string trees and today we’ll introduce you to their purpose. In other words: we’ll show you exactly why Squier (or Fender) Strats have two string trees!

Anyhow, there are many folks that find this issue confusing. At least that’s the impression you’d get by checking various guitar-related internet forums. Here at Music Gear Heads, it’s ever-open hunting season for such issues. In the article you’re about to read, we’ll show you why Squier Strats have two string trees and other related info!

If you think reading only the snippet above is enough to grasp the scope of this topic, we couldn’t disagree more with you. Feel free to read the whole text!

What are string trees?

Before we continue to discuss the central question this article has proposed, it’s best we first consider defining the little things we’ve mentioned at the beginning. Let’s find out what exactly are the so-called string trees and what’s their purpose?

String trees are the little metal widgets you’ll find on the headstock of some guitar models (such as a Squier Strat). Okay, and what about their purpose? Their main task is to stabilize the tension of your guitar neck. Also, they’re there to secure that your strings hold onto your guitar nut.

So, what kind of guitar models possess these little items? You’ll find them solely on straight guitar headstocks. That’s because this type of guitar doesn’t have the necessary downward force that would otherwise keep the strings in place. On the other hand, a guitar without string trees will have a headstock that’s titled backward at a certain angle from the guitar neck, erasing the need for string trees.

Speaking of guitar strings and everything here’s an article about why are they lined in the EADGBE order.

Why do some Strats have 2 string trees?

The thing is: not all Strats have two strings trees. Vintage Stratocasters had a single string tree on their headstocks. So, why was the second one added? It was added solely to increase stability. The vintage Strats had thicker bass gauge strings, meaning they’d stay in tune without much hassle; two string trees function better with the thinner strings that are being used today (however, most contemporary Fender Strats possess only one string tree).

Oh, and while on the subject of vintage guitars, click here to see if you should refret them.

That’s right, most Squier Strats come with two string trees. Otherwise, we wouldn’t be writing this article. However, many folks choose to remove both or leave only one. It simply comes down to the model you’re using. Some perform just fine without them, some don’t. At least that’s the idea you’d get if you talk to the Squier fans.

It seems as though we’ve already tackled our main subject. Let’s further elaborate on why Squier Strats have two string trees! 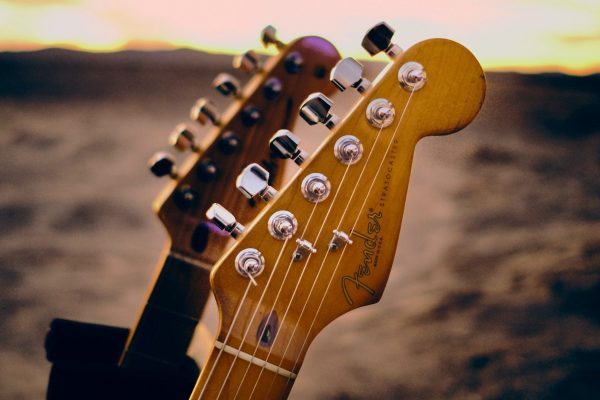 Why do Squier Strats have two string trees?

Okay, so we’ve already told you why Starts have string trees. Remember that whole bit about stabilizing the guitar neck tension? Yup, that’s the one. Anyway, let’s see if there’s anything more we’d like to add.

Speaking of tuners, here’s an article we’ve published about the tightness of your guitar tuners.

What’s the deal with staggered tuners?

Well, the thing is: staggered tuners were made with the intention to serve as a substitute for a string tree. Instead of altering the string break angle just like a string tree does, these tuners modify the tuner height of each string to reach the same result.

How to recognize staggered tuners? Well, you can easily do that by seeing whether each tuner peg is smaller than the previous one as they’re nearing the nut. This type of design will enable an identical degree of tension on every guitar string without the need of pushing the string hard by using a string tree.

Now, that we’ve unveiled this mystery, it’s time to check other issues related to the famous guitar model known as the Squier Strat!

We’ll take a guess and say that you’re curious to know what the difference is between these two guitar brands. For instance, doesn’t it sound a bit weird that both brands share the same names for the guitar models they make: Stratocaster, Telecaster, Jazzmaster, etc. It kinda sounds like a bizarre rip-off story that somehow didn’t end up in court. Of course, that’s how things look only at first sight.

Let’s story to tell this tale in the simplest terminology: Squier produces the budget versions of Fender guitars. The company was acquired by Fender back in 1965 and thus began the production of cheaper Strats, Teles, etc. All around the world, Squier has become synonymous with a budget-friendly instrument for beginner guitar players. They can enjoy most of the benefits these classic guitar models possess, without having to spend some good money on an original Fender.

Also, there are other guitar companies that copy Fender guitar models, but none of them are actually in partnership with Fender, and Squier is. Let’s delve deeper into the distinctions between the two brands.

What are the main differences?

One might ask: okay, let’s put the prices aside, what are the other well-known differences between the two? Here we’ll list some of them:

So, are Fenders better than Squiers?

This question’s not that easy to answer. One could impulsively say that Fenders are better than Squiers, that there’s no doubt about that statement. However, things aren’t that simple since some higher-end Squiers tend to represent an amazing value for money. For instance, you’re able to obtain the Classis Vibe and Vintage Modified Squiers that sound almost as good as Fenders, but are greatly cheaper. While any Fender guitar is certainly made with greater care and better materials, it’s not the best option out there if you want to save some funds.

All in all: if you’ve got money to spend, and you’ve crossed the beginner level, you might want to consider opting for a Fender. Otherwise, if you’re a beginner low on funds, Squiers seem like the most reasonable solution out there.

Also, don’t get us wrong: not only beginners use Squiers. Many professional guitarists use them. You’ll sometimes see them at Mastodon or Queens Of The Stone Age concerts, which is a good enough reason not to underestimate the power of the instruments produced by Squier. If you’re a gigging guitar player, having a Squier as a substitute guitar for your trust Fender might present you with a chance to enjoy having a spare guitar, if something goes awry (for instance, you snap a string).

Something of a conclusion to the Fender vs. Squier discussion

Now that we’ve gone through some of the most obvious differences between these two guitar brands, let’s provide something of a conclusion to the story: while Squier guitars can’t really live up to the same standard as Fenders, it’s important to note that they’re being made under the so-called watchful eye of the latter company. By obtaining a cheaper, Squier Strat, you’ll end up with an instrument that’s reliable and coming from a brand you can put some of your trust in.

Alright, dear guitar-loving folks, that was all on the topic of why Squier Strats have two string trees. We’ve also expanded our discussion a bit to cover some of the most important related info. Hopefully, you’ve enjoyed reading this one! For more tips on your favorite string instrument and info that’s unmistakably related to it, feel free to visit this page.